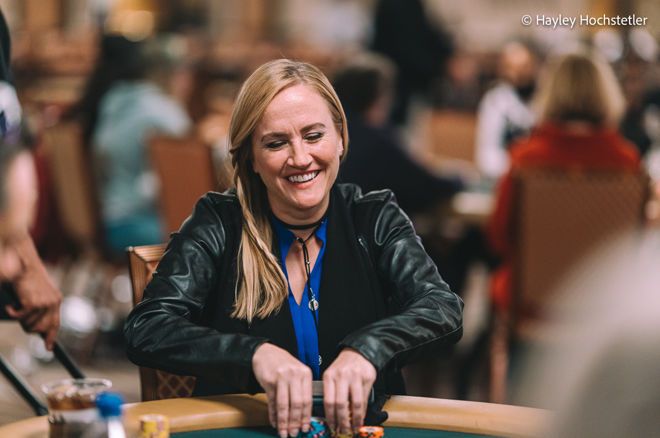 Two-time World Series of Poker (WSOP) bracelet winner Ari Engel and iconic poker commentator and Twitter personality Jamie Kerstetter are among the most recent players to a win a gold ring online in WSOP.com Circuit events.

The latest WSOP.com Circuit Series is made up of 12 ring events in late February and early March with buy-ins ranging from $215 to $2,000, with winners also earning a seat to the Tournament of Champions during the 2022 WSOP.

Kerstetter Gets It Done In Ladies’ Room

You may recall how poker vlogger Ryan Depaulo became an overnight legend in July 2020 when he won his first WSOP bracelet while playing inside his car in a New Jersey Whole Foods parking lot.

Less than two years later, it seems Jamie “DanBilzerian” Kerstetter, already a legend in the poker community, is following in Depaulo’s footsteps as she took down Event #9: $320 NLH Double Stack to earn her first gold ring and $19,872 — all while playing on her cell phone in a women’s bathroom at the Wynn in Las Vegas.

Just won my first ever @WSOP circuit # on my phone, while charging it in a casino bathroom—got some real… https://t.co/ojqNaGiCpt

Kerstetter, known for her commentary at tournaments including the WSOP Main Event, told VegasSlotsOnline she had been multi-tabling on her phone after busting out of the Wynn Mystery Bounty as part of the 2022 Wynn Millions. She built up a stack in the online Circuit event and finished the tournament from the Wynn bathroom as she charged her phone.

“During the final table, my phone got really low on battery so I needed a wall outlet somewhere quiet so that’s where I was when it ended,” Kerstetter told VegasSlotsOnline. “They say women spend too much time in the restroom. Maybe they’re just grinding online.” 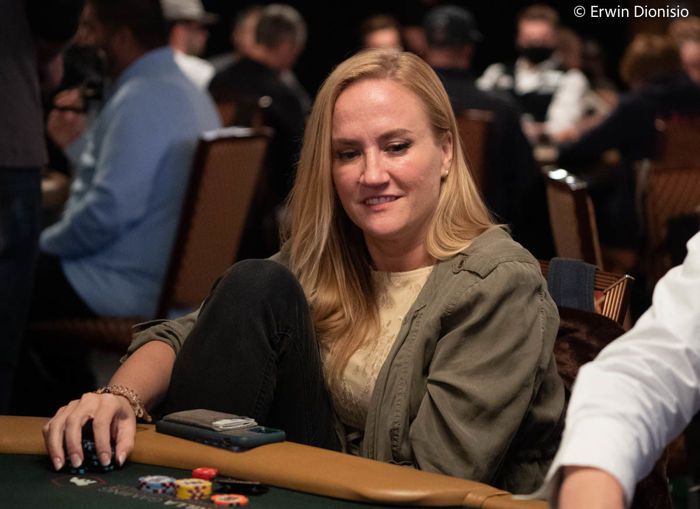 Just weeks ago, Kerstetter was honored at the third annual Global Poker Awards in Las Vegas, where she was awarded Best Twitter Personality for the second year in a row. She was also in the running for Best Broadcaster, though the award ultimately went to fellow PokerGO commentator Jeff Platt.

While it may not be the Mothership, a casino bathroom seems as good a place as any to lock up a coveted piece of WSOP jewelry. Just wash your hands before putting that ring on, Jamie.

Ari “PalmTreeB” Engel finished out the month by earning his 11th career Circuit ring in Event #11: $500 PLO BIG $500, which earned him a cash of $14,412. The Canadian pro got through a field of 70 entrants and defeated John “Macallan25” Riordan during heads-up play, who Engel later called “a far more skilled opponent heads up.”

The online victory keeps Engel in his fourth-place spot on the all-time Circuit ring list, trailing only Maurice Hawkins (14), Valentin Vornicu (12), and Josh Reichard (12). Jeffrey Trudeau Jr. recently earned his tenth Circuit ring at WSOP Circuit Isle Casino Pompano Park to tie Engel, but he’ll now have to win another to keep up with “PalmTreeB.” 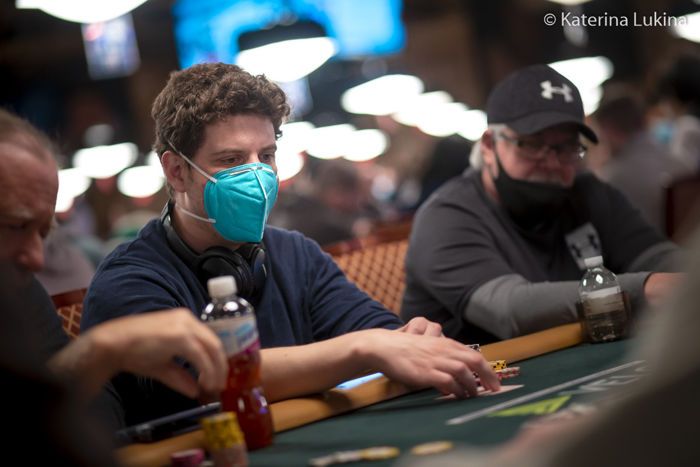 Engel had an 11th ring sweat earlier this year when he finished second in Event #8: $25,000 GTD PLO BIG $500 for $7,320 as part of the WSOP.com Pennsylvania January Online Circuit. Engel couldn’t get it done heads-up against Richard Ali of Oakdale, PA, who earned $9,892 and his third gold ring.

Last fall, Engel won his second bracelet and $317,076 in Event #9: $10,000 Omaha Hi-Lo 8 or Better Championship after getting through a final table that included all-time bracelet leader Phil Hellmuth, who finished in fifth place for $80,894.

At this rate, it’s only a matter of time before Engel wins another ring or bracelet as he continues to crush both live and online Omaha tournaments.

The next stop on the WSOP Circuit will be at The Bicycle Casino in Los Angeles from March 5-16.