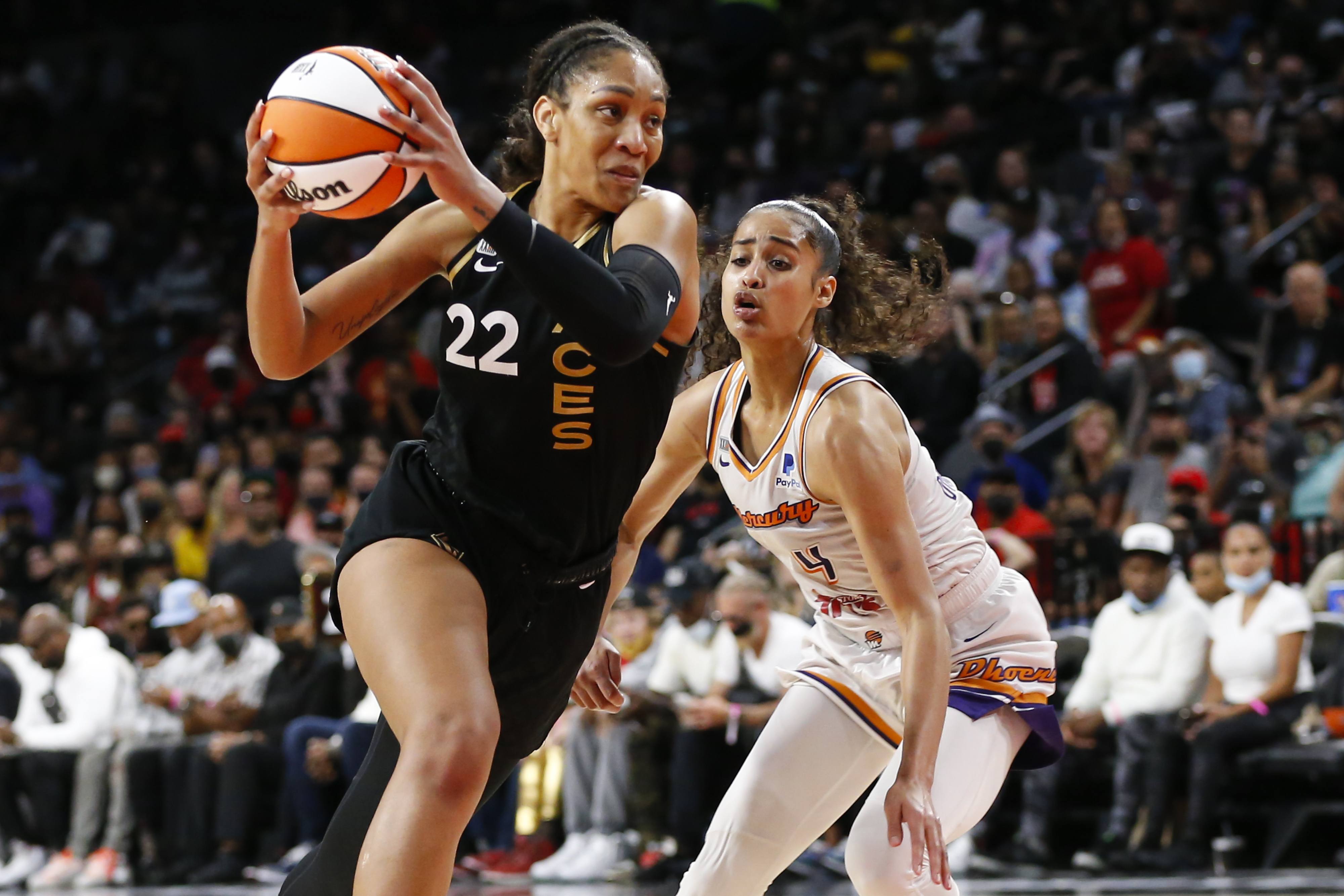 FanDuel Sportsbook lists Las Vegas Aces forward A’ja Wilson as the favorite to win the MNBA MVP in 2022, offering +300 for her to take home her second career trophy.

Wilson won the WNBA MVP award in 2020, and has made the All-Star Game in three of her first four seasons. Last year, she averaged 18.3 points and 9.3 rebounds per game, finishing among the top 10 in both categories.

The Aces and new head coach Becky Hammon will likely lean on Wilson as the top offensive option in Las Vegas this season, which could give her the stats needed to win another MVP award. But she’ll have plenty of competition across the league.

Jonquel Jones (+430) won the 2021 WNBA MVP by averaging 19.4 points and 11.2 rebounds per game for the Connecticut Sun. The 6-foot-6 forward led the Sun to a 26-6 regular season record. However, Connecticut came up short in the playoffs, losing 3-1 to the eventual champion Chicago Sky in the league semifinals.

That means that while Jones would love to win another MVP award, she’s more concerned about how her team performs this year.

“We’ve been talking about championship or bust, last year was a bust because we didn’t get a championship,” Jones told reporters during training camp. This year is the year to finish things and we feel that and we know that.”

Breanna Stewart won her WNBA MVP back in 2018. She missed 2019 due to injury, but has once again taken her place among the best players in the league. In 2021, she scored 20.3 points per game and averaged 9.6 points for a Seattle Storm team that lost its second-round playoff game to the Phoenix Mercury in overtime. Stewart stands as a +500 pick to win the award again in 2022.

After the top three contenders, the odds lengthen significantly for the second tier of contenders. Arike Ogunbowale (+1000), Tina Charles (+1400), and Candace Parker (+1400) all loom as serious MVP possibilities, as does two-time winner Elena Della Donne (+1600), if she can stay healthy.

But one name is conspicuously missing from all of these lists: Brittney Griner. The US government has recently reclassified Griner as “wrongfully detained” by the Russian government. Russian law enforcement arrested Griner at a Moscow airport in February, alleging she illegally brought vape cartridges containing hashish oil.

“As we begin the 2022 season, we are keeping Brittney at the forefront of what we do through the game of basketball and in the community,” WNBA commissioner Cathy Engelbert said via a statement. “We continue to work on bringing Brittney home and are appreciative of the support the community has shown BG and her family during this extraordinarily challenging time.”

Griner averaged 20.5 points, 9.5 rebounds, and 1.9 blocks per game for the Phoenix Mercury last season. The WNBA will install floor decals featuring Griner’s initials and her number 42 on the home-court sideline of all 12 teams.