The entire NBA landscape just rattled a bit when Shams Charania reported that Kevin Durant requested that the Brooklyn Nets trade him just hours before free agency begins. The Miami Heat and Phoenix Suns are early contenders to secure Durant in a trade with the Nets. 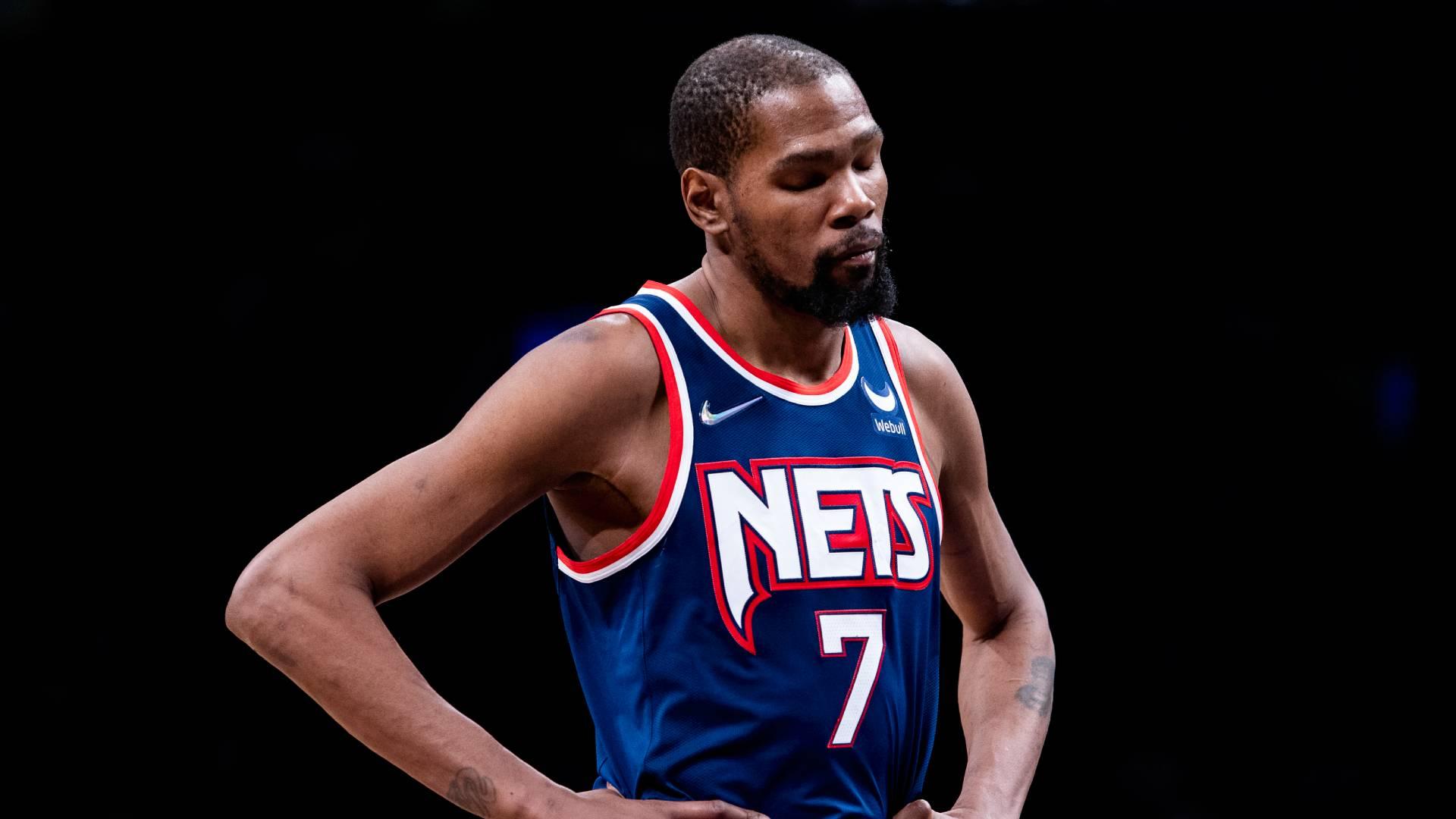 A disappointed Kevin Durant from the Brooklyn Nets was set by the Boston Celtics in the first round of the 2022 NBA playoffs. (Image: Porter Lambert/Getty)

So many teams are in the hunt for a Durant trade and calling up the Nets right now including the Phoenix Suns, Portland Trail Blazers, Miami Heat, Memphis Grizzlies, Chicago Bulls, Boston Celtics, Oklahoma City Thunder, New Orleans Pelicans, and New York Knicks.

Durant is considered one of the best players in the NBA if not the best, so whomever lands him in a trade will become an instant championship contender. Several sportsbooks and bookies took their NBA futures off the board while they recalibrate the 2023 championships odds based upon where Durant would end up.

When DraftKings reposted their odds, the Suns saw their title odds bump from +900 to +600 as the third-highest team on the futures board with rumors suggesting they will land Durant in a trade. The Suns trail the LA Clippers (+550) and defending champion Golden State Warriors (+550). The Heat are also a popular choice for a Durant trade, and they improved from +1400 to +850 odds as the sixth-highest team on the NBA futures board

The Suns were the runner up last season, and the Heat were the runner up in 2020. Both teams secured the #1 seed in their respective conferences heading into the postseason. The Heat made it to the Eastern Conference Finals before they were knocked out in seven games by the Boston Celtics. Meanwhile, the Suns imploded in Game 7 of the Western Conference semifinals and were upset by the Dallas Mavs.

KD Wants Out of Brooklyn

There were rumblings in Gotham that Durant would seek a trade if Kyrie Irving bolted in free agency. However, Irving opted in for a player option in the final year of his contract and will play with the Nets this season for $36.5 million. There’s still a chance that the Nets trade Irving, but for now Durant is the one that wants out of Brooklyn.

The Nets totally blew it. They snatched Durant and Irving away from the Knicks a couple of summers ago when both stars were rumored to join the Knicks in free agency. They both ended up in the Big Apple, but playing for the Nets in a different borough.

Even when the Nets added James Harden in a mega trade with the Houston Rockets, they were unable to win a title when the injury bug reared its ugly head in the 2021 playoffs.

Last season was an utter disaster in Brooklyn, despite the fact they were favorites to win the 2022 NBA title. The Nets finished in eighth place and secured the #7 seed in the Play-In Tournament, but the Celtics swept them in four games.

During a tumultuous season, Durant suffered an MCL sprain. Kyrie Irving refused to get vaccinated despite a NYC health mandate preventing him from playing home games. James Harden wanted out of town, and the Nets were forced to make a trade with the Philadelphia 76ers for Ben Simmons. Simmons did not play a single game with the Nets last season due to a back injury which occurred while he tried to get into game shape.