Glover Teixeira will, in fact, come into his title fight at UFC 275 in Singapore as the light heavyweight champion. It might be hard to tell based on the hype surrounding challenger Jiri Prochazka heading into their Saturday night bout. 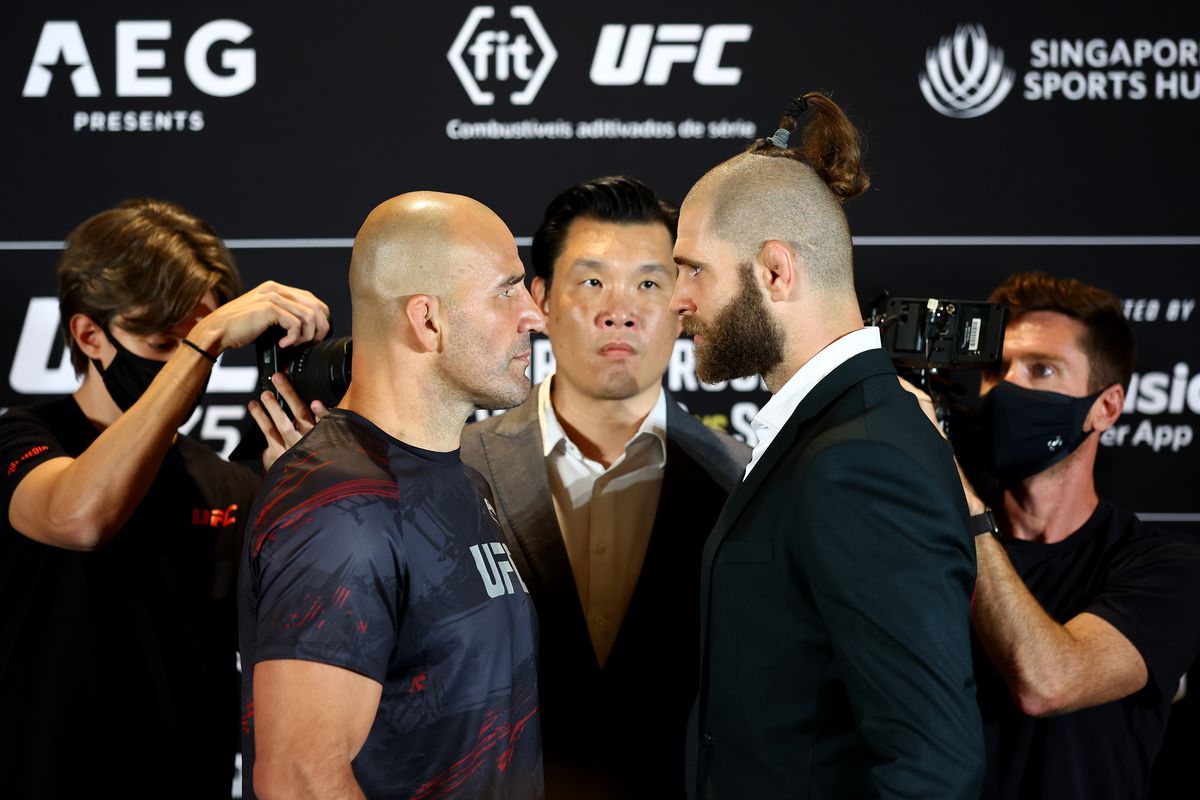 Prochazka comes into the main event of UFC 275 as a -200 favorite over Teixeira (+170), according to DraftKings Sportsbook.

Teixeira (33-7) has won six straight fights, taking the light heavyweight title off of Jan Blachowicz via a second-round rear naked choke at UFC 267 last October. But while the champion is on fire as of late, he’s also now 42 years old, making him the second-oldest UFC champion in history.

That has led many to wonder aloud whether Teixeira is planning to retire soon. He has even suggested he might be nearing the end of his career. For now, however, the champion wants to worry about the fight in front of him, not any final decisions on his future.

“I said it was a possibility. I never really said I’m going to retire,” Teixeira told reporters. “Who knows? After this fight or after the next fight, who knows how long I’m going to fight [or] if I’m going to be fighting until 45 years old like Randy Couture? I’m feeling great. I’m feeling good. I don’t have any major injuries, because we all do a little bit, after 20 years in the game, but I don’t know. I’m just living in the moment. Let tomorrow take care of itself.”

Prochazka (28-3-1) enters UFC 275 on a 12-fight winning streak which dates back to his days in the Rizin promotion. The Czech 29-year-old only joined the UFC in 202, knocking out Volkan Oezdemir and Dominick Reyes in his two fights with the promotion. Those wins quickly moved him up to No. 2 in the light heavyweight rankings, behind only Teixeira and Blachowicz.

Not only is Prochazka coming into the fight as the clear favorite, but it seems like just about everyone is predicting him to take the belt on Saturday. That includes UFC legend and hall-of-famer Georges St-Pierre, who recently referred to Prochazka as a “future world champion.”

“That’s a huge honor,” Prochazka told reporters. “I have to say: He is a true warrior. Because he is still working. He’s not fighting active, but he’s still working because he loves it.”

Prochazka is the younger and more athletic fighter, and deserves the role of favorite in this fight. He can bring constant pressure that leaves opponents on the back foot, and he might be able to overwhelm Teixeira on route to taking his title.

However, if Teixeira can take advantage of that aggression and get the fight to the ground, he could land another submission, something he has already done 10 times in his long career. Teixeira is a +350 pick to win by submission, by far his most likely route to victory at UFC 275.