Inter and AC Milan have all to play for in the final rounds of the Italian Serie A. Just two points separate the Milan arch-rivals at the moment. Milan has a slight advantage, but Inter holds a game in hand and could go top if they beat Bologna away on Wednesday evening. 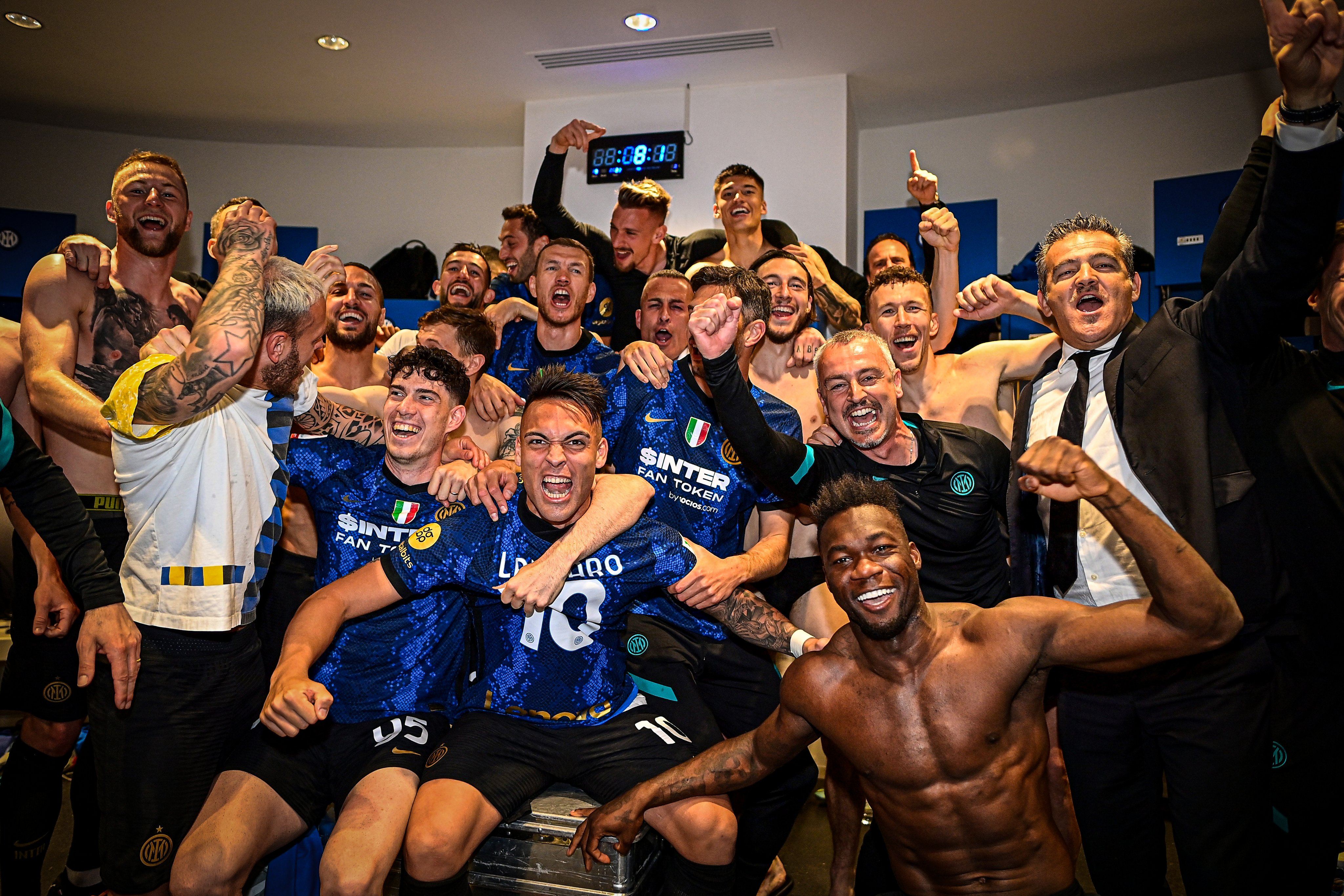 Inter’s players celebrate after beating Milan 3-0 in the Italian Cup semifinals earlier this month. The two city rivals will now fight for the Serie A league title. (Image: Twitter/goal)

The bookies favor Inter to win their second title in a row. Currently, the Nerazzurri sit at -400 to triumph, with Milan at +250.

Who will Milan and Inter face before crossing the finish line?

Inter are unbeaten in 11 games, winning all of their last five outings. In the process, Simone Inzaghi’s men have beaten Juventus and in-form Roma in the league, and have cruised past AC Milan in the Cup’s semi-finals with a 3-0 win.

Apart from the trip to Bologna on Wednesday, Inter needs to travel to Udine and Cagliari and will host Empoli and Sampdoria at the Meazza. Udinese is now 12th in Serie A, not dreaming of big things and safe from relegation. Bologna and Empoli sit right behind Udinese and are both unbothered themselves. The story is different when Sampdoria and Cagliari come into the scene. Both clubs are in danger to get relegated, so the games against them could turn into drama for Inter.

Milan, on the other hand, will host Fiorentina and Atalanta, both part of the European zone of the Serie A table, and will travel to play Verona and Sassuolo, who sit just outside the top eight.

Considering the odds given in the title race, the bookies regard AC Milan as less capable to win the Scudetto this year. For the Rossoneri, an eventual triumph in the Serie A would be the first since 2011. An 18-time Italian champion, Milan has fallen behind Juventus and Inter. Juve won nine consecutive titles between 2012 and 2020, with Inter on top last year. 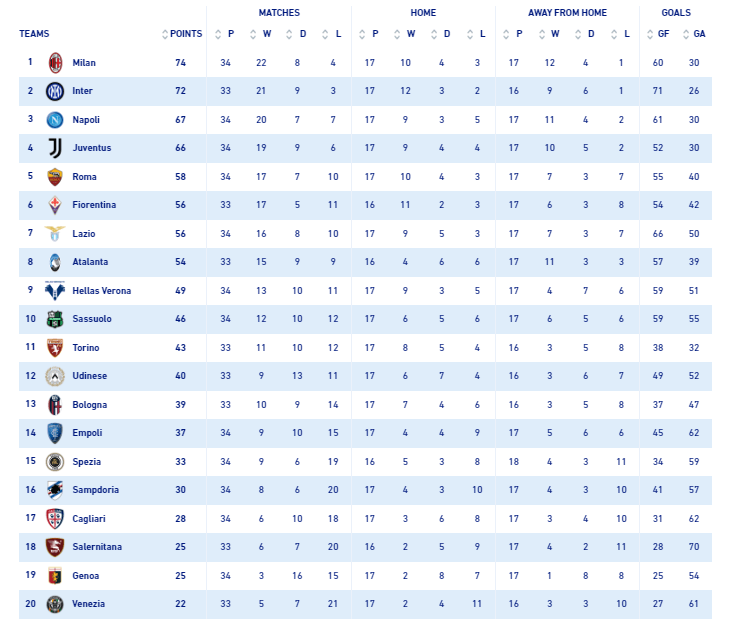 The Serie A table with four games left this season. (Image: legaseriea.it)

At the other end of the Serie A table, things are equally disputed. Salernitana went from being threatened with extinction to standing a real chance of avoiding the drop. They won all of their last three matches as they now stand just three points behind Cagliari, who’s first above the line. Bottom of the table Venezia is six points adrift of safety. Five teams, including local rivals Sampdoria and Genoa, are on an escape mission that will only see two of them making it.