Keeneland’s 15-day Spring Meet begins Friday. offering a loaded weekend featuring 10 stakes worth $4.55 million. But this being Keeneland in the spring, many eyes focus on one stable. 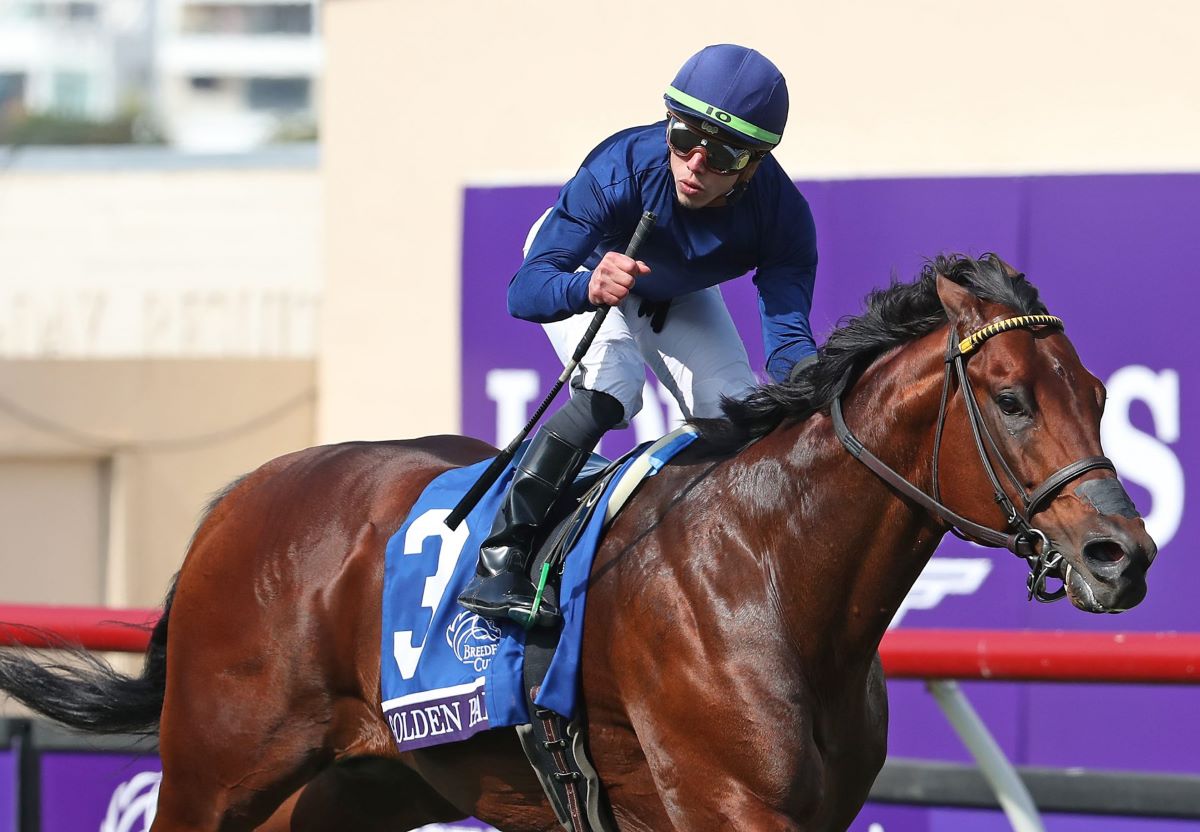 That would be Wesley Ward’s, he of the three consecutive Keeneland Spring Meet training titles. And Ward comes in to the 2022 meet loaded as ever in his quest for No. 4.

“I’m feeling great,” he told Keeneland. “We’ve got a lot of horses in various different categories – a lot of nice stakes horses. The 2-year-olds are always fun to see which ones blossom. This is the highlight of opening up my hear to see how we’re going to progress. We’re really looking forward to it – as is everyone who comes to Keeneland in the spring.”

No wonder Ward looks forward to springtime in Lexington. Not only is Keeneland his base, but he won 20 races last spring – four of those stakes. Ward is perennially Keeneland’s leading spring presence, especially when it comes to those 2-year-olds. Even though his Kentucky Derby record is nondescript, Ward’s juvenile crop is usually the first place to look when it comes to possible Derby prospects.

Golden Pal is back

Ward has contenders in two of Keeneland’s three Grade 1s this weekend. He sends out Happy Soul in the Ashland, Keeneland’s main Kentucky Oaks prep. She brings a three-race winning streak into Saturday’s Ashland, along with favorite jockey John Velazquez, who has ridden her in all four of her races.

The daughter of Runhappy hasn’t finished out of the exacta in those four races: 3-1-0 and she won her last two stakes races: both Black Type, by a combined 14 ½ lengths. That includes an 11 ½-length dismantling of the Astoria at Belmont Park last June. She won the Feb. 19 Dixie Belle at Oaklawn park by three.

You’re more familiar with Ward’s other Grade 1 distaffer: Kimari. Now 5 years old, Kimari returns in defense of her Madison title she won last year by three-quarters of a length. Including that and dating to her February 2021 Spring Fever Stakes score at Oaklawn Park, Kimari is 3-for-her-last-4. The blip was a seventh in that Breeders’ Cup Turf Sprint Golden Pal won.

Ward eased her into her 5-year-old season, turning her loose in a Gulfstream Park allowance optional claimer in early March. That 2022 debut produced a 5 ¼-length victory at 1/20 odds.

That brings us to another one of Ward’s heralded fillies: Campanelle. The Irish 4-year-old hasn’t raced since finishing third in the Grade 3 Franklin County Stakes at Keeneland last October. She only ran three times in 2021, but one of those gave her a second consecutive Royal Ascot title: the Commonwealth Cup last June.

That bookended Campanelle’s 2020 Queen Mary crown at Royal Ascot. She’s raced only seven times – and three times in the US — but has four wins and a third.

Campanelle won’t race this weekend. Ward said she’ll make her 2022 debut in the Listed Giant’s Causeway April 16. She tuned up for that with a 1:02.40 five-furlong work last Saturday.

“We’re focused on sending her back to Ascot – three in a row,” Ward said.