While Kentucky Derby winner Rich Strike has taken all the attention the last two weeks leading into the 154th Belmont Stakes, We the People took 2/1 morning line favorite status for the Triple Crown’s final jewel. 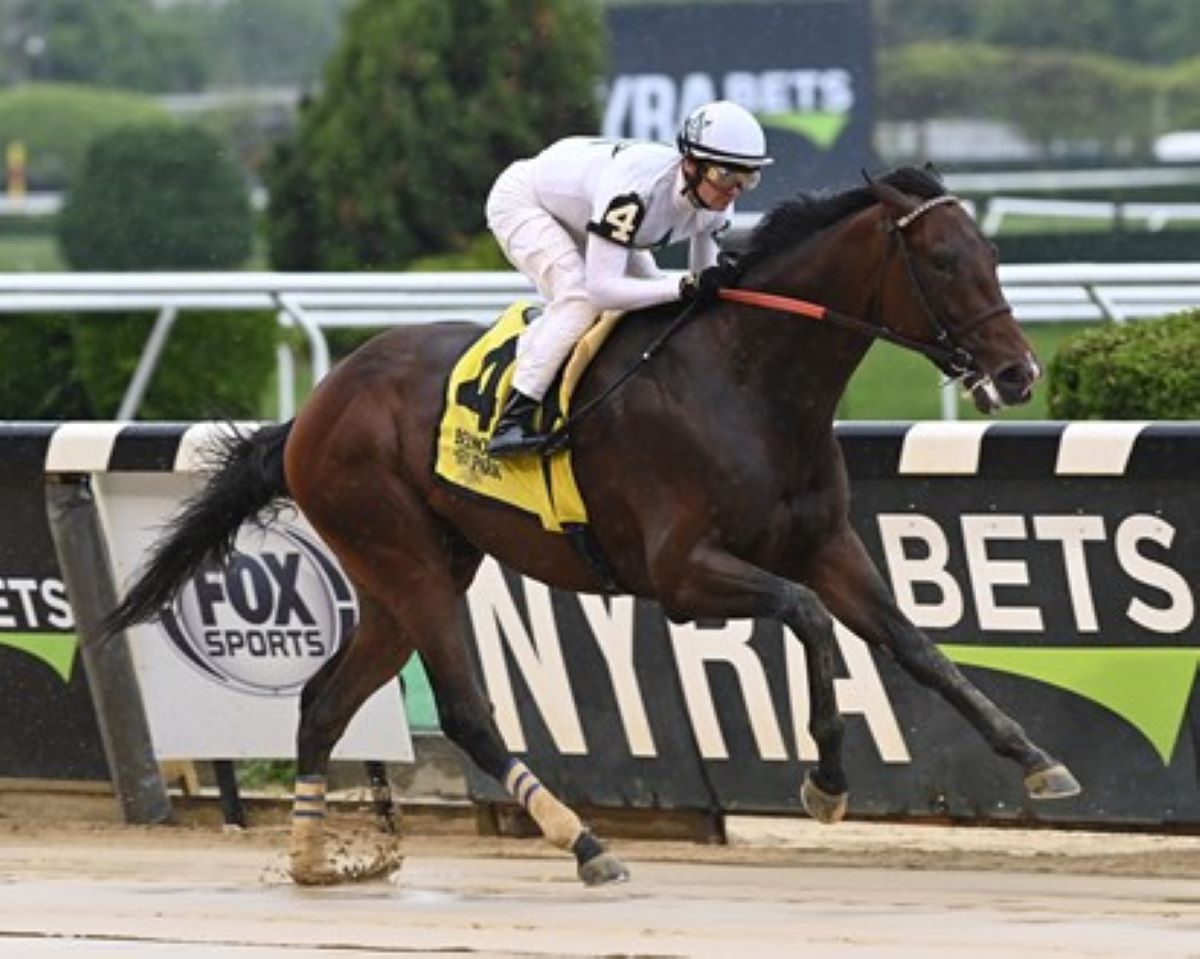 We the People skipped his way to a 10 1/4-length victory in the Peter Pan Stakes. He is the 2/1 morning line favorite for Saturday’s 154th Belmont Stakes. (Image: Coglianese Photos)

The Belmont also offers the return of Rich Strike, who returns five weeks after he shocked the sporting world with his stunning 80/1 Derby victory. He’ll leave Post 4 at considerably shorter odds than he left Post 20 at Churchill Downs. Rich Strike opens as the 7/2 third choice. Once again, Sonny Leon takes the reins in a race that trainer Eric Reed circled before the Triple Crown season began.

“If you break his schedule, he’s not happy, and we had to change it a little bit coming here by going out a little bit later,” Reed told the New York Racing Association at the post position draw. “But he likes that. He takes a nap every day between 6:30 and 7:30 while we get ready for him to go ou t to the track, and then he’s all business.”

Speaking of all business, that described We the People’s last outing: a 10 1/4-length romp with a field-best 103 Beyer Speed Figure in the Grade 3 Peter Pan. Should the Constitution colt win the Belmont Stakes from his rail post, he’ll be the ninth horse to win both the prep and the Belmont Stake.

“He doesn’t need to lead. On paper, it looks like he could be on the lead. We got the one hole, but there’s nothing I can do about it,” trainer Rodolphe Brisset said. “I’m sure (jockey) Flavien (Prat) will do what he has to do.”

Slotting in between those two on the Belmont Stakes morning line is 5/2 second choice Mo Donegal. He returns after his fifth in the Derby, which came with a furious rally from 19th to fifth — one where the Wood Memorial and Remsen winner made up 17 lengths.

“The last time in the Derby, he just hopped away from there. Hopefully he gets away cleanly and hopefully doesn’t compromise his chances with a poor start,” trainer Todd Pletcher said.

Mo Donegal leaves from Post 6 with Irad Ortiz Jr. back in the saddle. The pair will try becoming the first to win the Wood Memorial and Belmont Stakes since Empire Maker in 2003.

Pletcher also sends out filly Nest (8/1), who joins her stablemate chasing Pletcher’s fourth Belmont Stakes title. At the same time, she’ll leave Post 3 trying to add her name to a short list of Belmont Stakes-winning fillies. The last of three to do that was Pletcher’s Rags to Riches in 2007.

“She’s a strong galloper and she’s got super stamina, so we nominated her for the Triple Crown back in January because we’ve had this type of race in mind for her,” Pletcher said. “She has a strong pedigree for it and a lot of ability.”

“He needed to move forward and he did that in that race (the Preakness),” McPeek said. “He’s been a horse who has handled whatever level we’ve taken him to. Good horses do that. It seems like if he can step forward one more time, he’s right there.”