Every series in the conference semifinals completed four games, and the Golden State Warriors are huge betting favorites at -3000 odds to advance with a 3-1 lead over the Memphis Grizzlies. The other three playoff series are deadlocked with a 2-2 tie with the Phoenix Suns/Dallas Mavs, Boston Celtics/Milwaukee Bucks, and Miami Heat/Philadelphia 76ers heading into Game 5 this week. 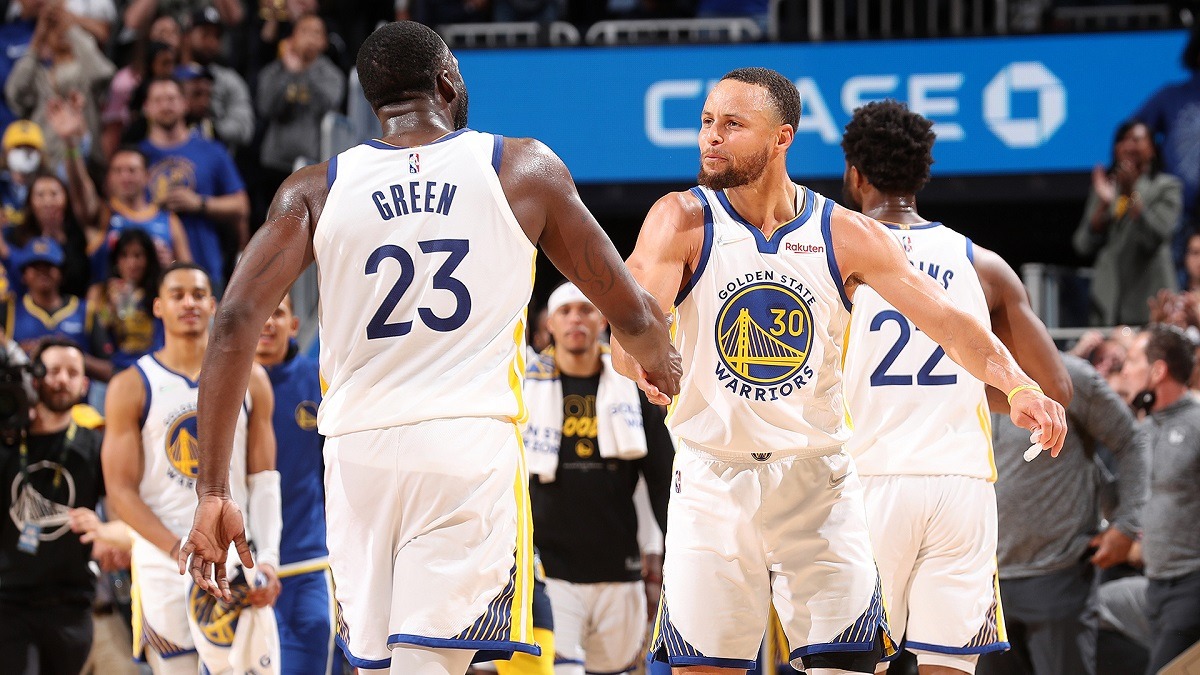 The Phoenix Suns and Miami Heat jumped out to a 2-0 series lead, but both #1 seeds lost two games in a row on the road and find themselves even at 2-2 with Game 5 returning to their home court.

The Suns looked unstoppable after jumping out to a 2-0 series lead. They exploited Luka Doncic’s poor defense and utterly destroyed the Mavs in the first two games. When the series shifted to Dallas, Doncic dug in defensively and became a little less selfish while his teammates stepped up on offense. Jalen Brunson helped shoulder the scoring load in Game 3, and Dorian Finney-Smith got hot from 3-point land to help the Mavs win two games in a row and tie up the series at 2-2.

Game 5 returns to Phoenix, where the Suns look to regain control. The Suns are -260 odds to win the series and return to the Western Conference Finals. The Mavs are +210 underdogs, but they look like they properly adjusted and plugged their defensive holes and found some much-needed offense from the other starters.

Who could’ve expected that two high-octane offense like the Warriors and Grizzlies would be bogged down in the most fierce physical battle in the conference semifinals? The Warriors lost Gary Payton (fractured elbow) and the Grizzlies lost Ja Morant (knee) in this highly-physical series.

Without Joel Embiid in the lineup due to a concussion and orbital fracture, the 76ers dropped the first two game of the series in Miami. However, once Embiid returned to action sporting a face mask, the 76ers rallied with two straight wins to even the series. James Harden finally looked like his old self with a huge performance for the 76ers in Game 4.

With Embiid back, this series looks like a tossup. At least the Heat got Kyle Lowry (hamstring) back in their lineup after he missed a couple of weeks.

The Heat saw their series odd shrink after losing Game 3 and Game 4, but they’re still be favorite at -150 odds to advance to the Eastern Conference Finals. The 76ers are +125 odds to pull off the comeback.

The Celtics and Bucks keep going back-and-forth in a fun series that looks like it will go the full seven games. Both teams split games at home, which is why we’re tied up at 2-2.

The Greek Freak had two phenomenal games in which he led the Bucks to victories. In Game 1, Greek Freak notched a triple double in a road victory. In Game 3, Greek Freak exploded for 42 points in their first home game of the series.

Al Horford turned back the clock in Game 4 and the savvy veteran scored a career-high 30 points during an inspiring performance to lead the Celtics to a comeback win.

With the Celtics hosting Game 5 in Boston, they’re the betting favorite to win the series at -200 odds. The defending champion Bucks are not going to give up their crown so easily, but they’re the underdog in this series at +170 odds.