After Tom Brady’s retirement change of heart, onlinegambling.com sifts through the stats of an amazing career with the New England Patriots and Tampa Bay Buccaneers.

Barely two months after revealing he would retire from the NFL after 22 seasons, Tom Brady has decided to make an incredible comeback for next season.

It means the dramatic Divisional Round loss to the Los Angeles Rams, in which he had led the Tampa Bay Buccaneers in an amazing late surge, will not be his final game in the sport. 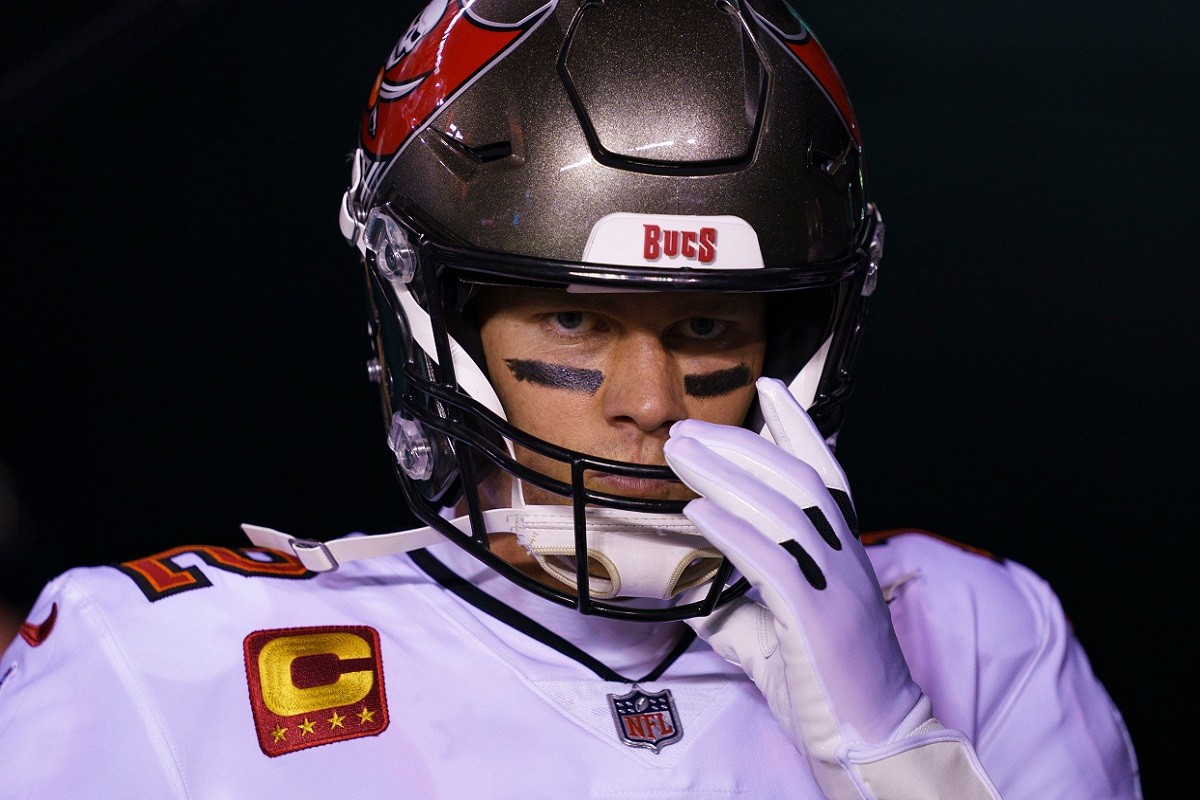 Tom Brady has called off his retirement and is set to make a sensational return for the Tampa Bay Buccaneers (Image: Chris Szagola/CSM/Shuttestock)

That performance, at the climax of a season where Brady led the league in passing yards (5,316) and touchdown passes (43), had all the hallmarks of the attributes that made him the widely regarded greatest of all time.

The decision for Brady to return also puts any rival QBs even further into the shade when it comes to any hopes of topping his record-breaking numbers.

The debate never dies over whether wins are a quarterback statistic, but it’s hard to argue in Brady’s case. Even despite being under Bill Belichick’s tutelage for 20 years, Brady moved to Tampa and started adding to the wins column immediately.

Brady ended with 243 QB wins, with an incredible gap to second-placed pair Brett Favre and Peyton Manning on 186.

Staggeringly, Brady has 69 wins in the month of December alone. Favre is next in terms of wins in a single month, with 52 victories also in December.

It’s no surprise then that Brady compares extremely favorably among QBs with at least 100 starts, his .769 again way ahead of the next-best performer, Roger Staubach’s .746.

Brady has 35 playoff wins, which puts him in a league all of his own. Among all NFL teams except Brady’s Pats and Bucs, the Baltimore Ravens have won the most playoff games since 2000 with 16.

These past two months I’ve realized my place is still on the field and not in the stands. That time will come. But it’s not now. I love my teammates, and I love my supportive family. They make it all possible. I’m coming back for my 23rd season in Tampa. Unfinished business LFG pic.twitter.com/U0yhRKVKVm

Brady’s seven Super Bowls may never be topped, but there was still much interest around his battle with Drew Brees for several all-time passing marks.

Brees was drafted by the San Diego Chargers the year after Brady joined the New England Patriots, forever pitching the pair against each other.

However, the long-time New Orleans Saints QB didn’t have Brady’s longevity, calling an end to his career a year earlier and subsequently allowing the gap between the two players’ achievements to grow in 2021.

When it comes to touchdown passes, it is the same story. Brady’s 624 leads the way, with Brees his closest rival on 571.

Brady’s performance in 2021 made his decision to retire something of a surprise. He may be in his mid-40s but there were no signs of slowing down.