Last Sunday, Justin Thomas won his second PGA Championship title. On Thursday, he’ll be back on the course, this time as the favorite to win the Charles Schwab Challenge at Colonial in Fort Worth, Texas. 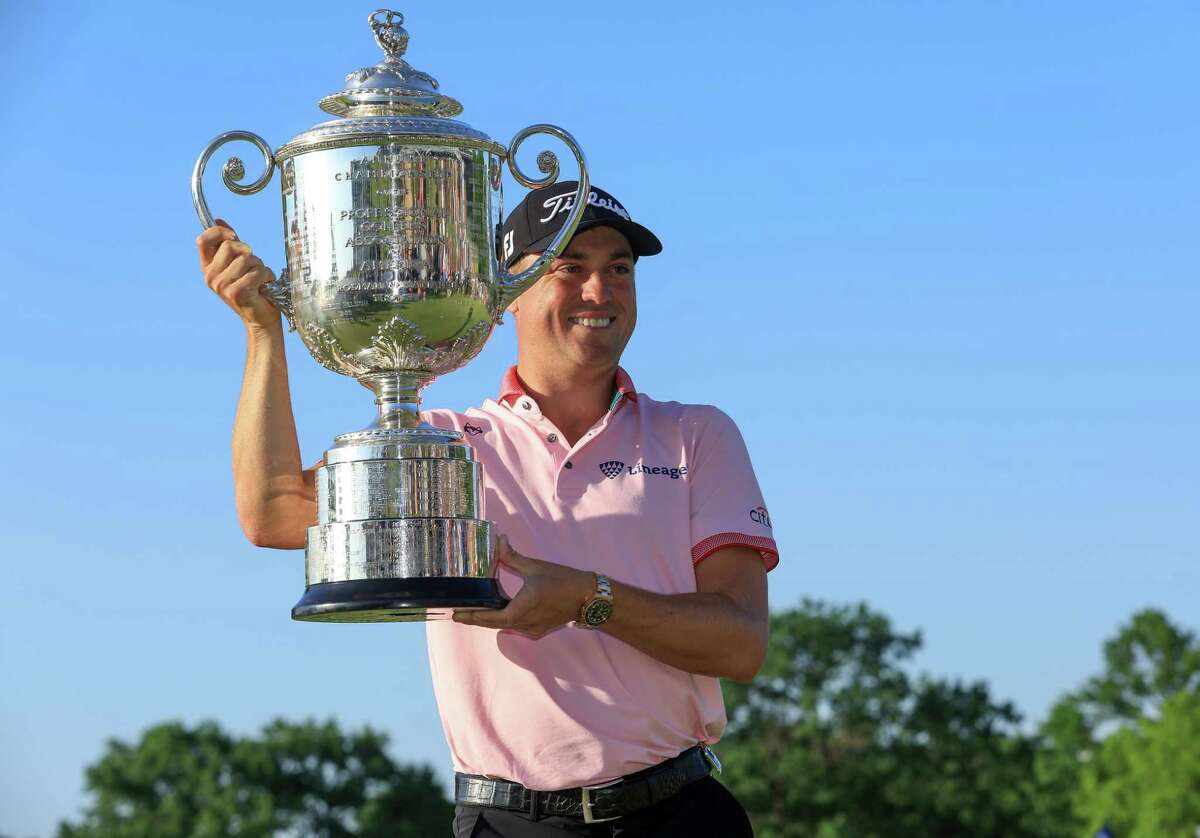 Justin Thomas will look to back up his PGA Championship win this weekend at Colonial in the Charles Schwab Challenge. (Image: Sam Greenwood/Getty)

DraftKings Sportsbook lists Thomas as the +900 outright favorite to win the Charles Schwab Challenge, though there is a surprisingly strong field to contend with the week after a major championship.

Thomas won the PGA Championship last week in a playoff over Will Zalatoris after both finished at five-under. Mito Pereira held a one-shot lead heading into the final hole on Sunday, but double-bogeyed to open the door for Thomas and Zalatoris.

Now, Thomas says he’s waiting to celebrate until after the Charles Schwab Challenge.

“Obviously, I want to enjoy it and I don’t want to act like it didn’t happen because it did,” Thomas told reporters. “But at the same time I have a week next week off potentially to just enjoy it. I have a golf tournament this week, and I’m just trying to perform and play as well as I possibly can.”

Many of the world’s top players decided to make the trip to Colonial. Seven of the top 10 finishers at the PGA Championship are back in action this week, as are five of the top 10 players in the world. That means there are plenty of strong contenders who could be vying for the title this weekend.

Masters champion Scottie Scheffler (+1000) comes in as the second choice after a disappointing weekend at the PGA Championship. Scheffler missed the cut after double-bogeying his final hole on Friday to card a five-over 75 and finish at six-over-par.

Jordan Spieth (+1200) has always performed well at the Charles Schwab Classic, even winning the tournament in 2016. In fact, if anything, Spieth thinks he could have more titles at Colonial.

“It was the closest I’ve been,” Zalatoris told reporters. “I believe I can do it. I know now I can be one of the best players in the world.”