Steven Kwan started his MLB career with a blistering first week, with just his first five games being enough to launch him into the conversation for AL Rookie of the Year. 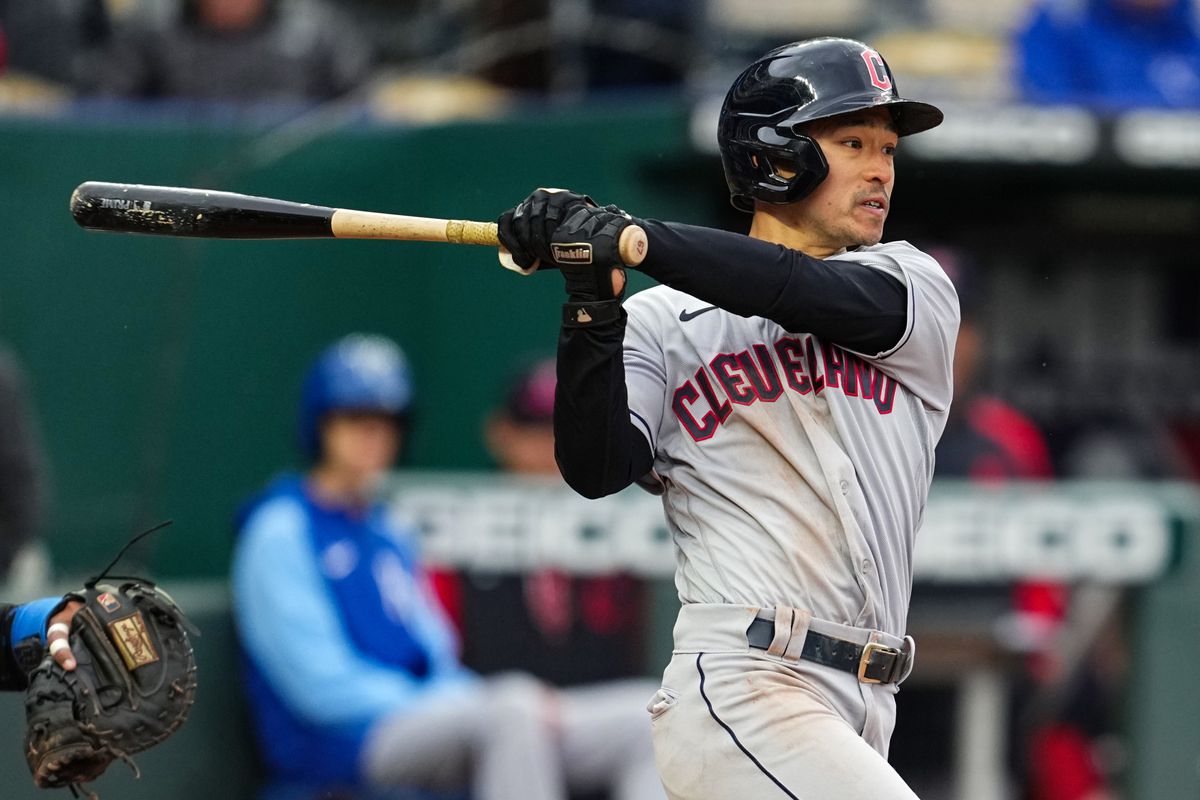 Steven Kwan came out of the gates hot, putting together one of the best first weeks of any player in MLB history. (Image: Jay Biggerstaff/USA Today Sports)

The 24-year-old Kwan reached based 17 times in his first five games with the Cleveland Guardians. At one point on Monday, he had reached based nine straight times.

The incredible numbers don’t stop there. Kwan didn’t swing and miss at a single pitch until Wednesday, seeing 116 pitches before finally whiffing once. He swung 40 times without missing the ball. He also struck out on Wednesday, his first time doing that – including in spring training – since he was on Triple-A Columbus last season.

We mourn the loss of Steven Kwan’s incredible streak.

“They tried to elevate yesterday. They tried to throw him off-speed today. His at-bats are really, really good,” Cleveland manager Terry Francona told reporters. “I bet there’s a lot of player development people who have their chest out right now, as they should. And I know we’re four games in, but every single one of them kept saying, ‘Hey, he’s going to be okay, man.’ So I know they’re proud.”

Kwan has enjoyed the dream start to his MLB career, and says he doesn’t want the ride to end.

“I’m afraid I’m going to wake up pretty soon,” Kwan told reporters after only his third game, when he had already broken a record by reaching base 12 times. “This whole experience has been amazing.”

Over the National League, oddsmakers predicted a race between Oneil Cruz and Seiya Suzuki for the NL Rookie of the Year. But while the Pittsburgh Pirates have stashed Cruz in Triple-A Indianapolis for the time being, Suzuki is already crushing the ball for the Chicago Cubs.

Suzuki hit two home runs at PNC Park against the Pirates on Tuesday, singlehandedly delivering a 2-1 win for the Cubs. Through four games, Suzuki is hitting .417 with three home runs and eight RBIs, with an astronomical 1.696 OPS.

In other words, Chicago is getting everything they wanted and more from the Japanese import, who at 27 was already an established star in Nippon Professional Baseball (NPB).

Suzuki says he’s been somewhat lucky to have such a hot start, but that he’s glad to help Chicago get some early wins.

“There are a lot of great guys on this team. Many of them are trying to learn Japanese for me so they can communicate with me,” Suzuki told reporters via a translator. “Seeing them do that for me, it just means a lot for me, and I want to win as many games as possible with them.”

Suzuki now rates as the clear +170 pick to win the NL Rookie of the Year, with Cruz still in second position on the board at +600.