The defending champion Stanford Cardinal will face a familiar foe when they battle the UConn Huskies in the Women’s Final Four in Minneapolis on Friday night. 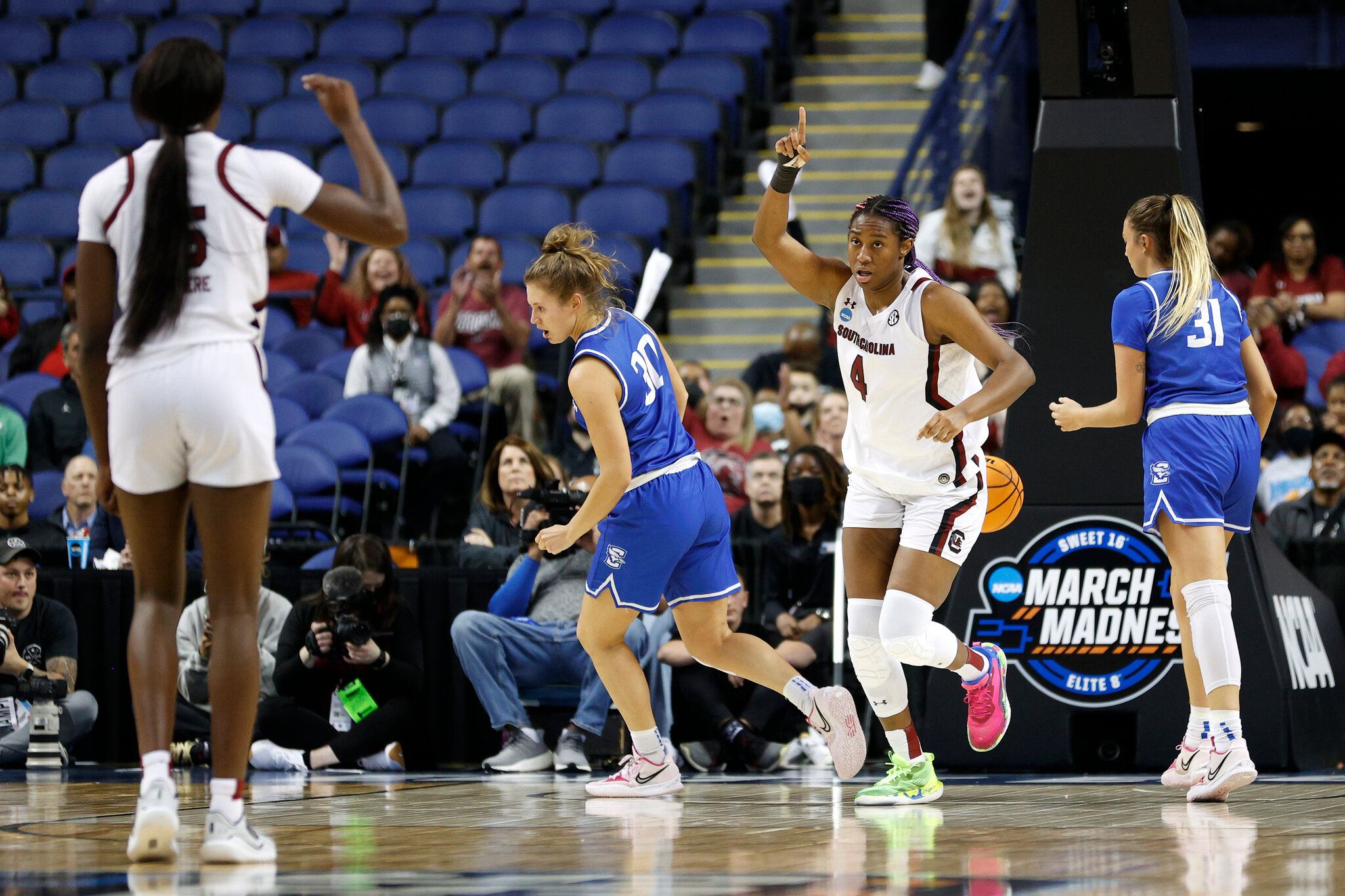 The South Carolina Gamecocks enter the Women’s Final Four as favorites over the field to win a national championship. (Image: Sarah Stier/Getty)

Stanford (32-3) comes into the latest matchup between the two women’s basketball powerhouses as a slim 1.5-point favorite, according to BetMGM.

The Cardinal are looking to go back-to-back after winning a national championship last season. Stanford has utilized a balanced, versatile, and deep roster in order to back up its 2021 title. Sophomore forward Cameron Brink leads the way, scoring 13.4 points per game along with averaging 8.1 rebounds, both tops on the team.

Stanford head coach Tara VanDerveer says that while she hasn’t seen UConn in person this year, she’s more than familiar with what the Huskies are capable of.

“Paige Bueckers is a really talented player,” VanDerveer said of the UConn star. “She has a great skill set. She’s a tremendous passer, scorer. I think she can do it all. At this level on every team, you have those kinds of players, so you just have to work as hard as you can not to let her do what she really likes to do.”

UConn (29-5) will make its 14th consecutive appearance in the Women’s Final Four. However, the Huskies haven’t won a national championship since 2016, a relative drought for Connecticut. And right now, UConn coach Geno Auriemma recognizes that it is Stanford that brings a winning tradition into this game.

“Anytime you play a team that’s used to winning – and they are, and they won a national championship last year, and they have everybody back – you have a built-in advantage there because your kids are attempting to do something that they’ve already done,” Auriemma told reporters.

But while Stanford has the winning pedigree, it is South Carolina (33-2) that comes into the Women’s Final Four as the tournament favorite. The Gamecocks rate as a -105 pick to win the national championship, making them a favorite over the field. They’ll start with a semifinal matchup against Louisville (29-4). BetMGM has posted South Carolina as the 8.5-point favorite.

The Gamecocks have been less than perfect at times during the tournament. They scored just 49 points in a second-round win over Miami, and North Carolina tested them in a 69-61 Sweet 16 matchup. But head coach Dawn Staley isn’t worried about what outside voices think of her team’s performance.

“We’re just going to play the game,” Staley told reporters. “I think a lot of people have questioned our offense throughout the tournament, and it just seems to be our team that’s been targeted about what our offense is doing, and no other team has ben targeted in the way that our team has. We’re playing good basketball.”

Louisville comes in as the longshot at the Women’s Final Four, with +800 odds of winning the national championship. Head coach Jeff Walz likes the way his team is playing heading into the semifinals, though.