Scottie Scheffler put on a dominant performance in the second round of the 2022 Masters, taking a record-tying 5-shot lead into the weekend at Augusta National. 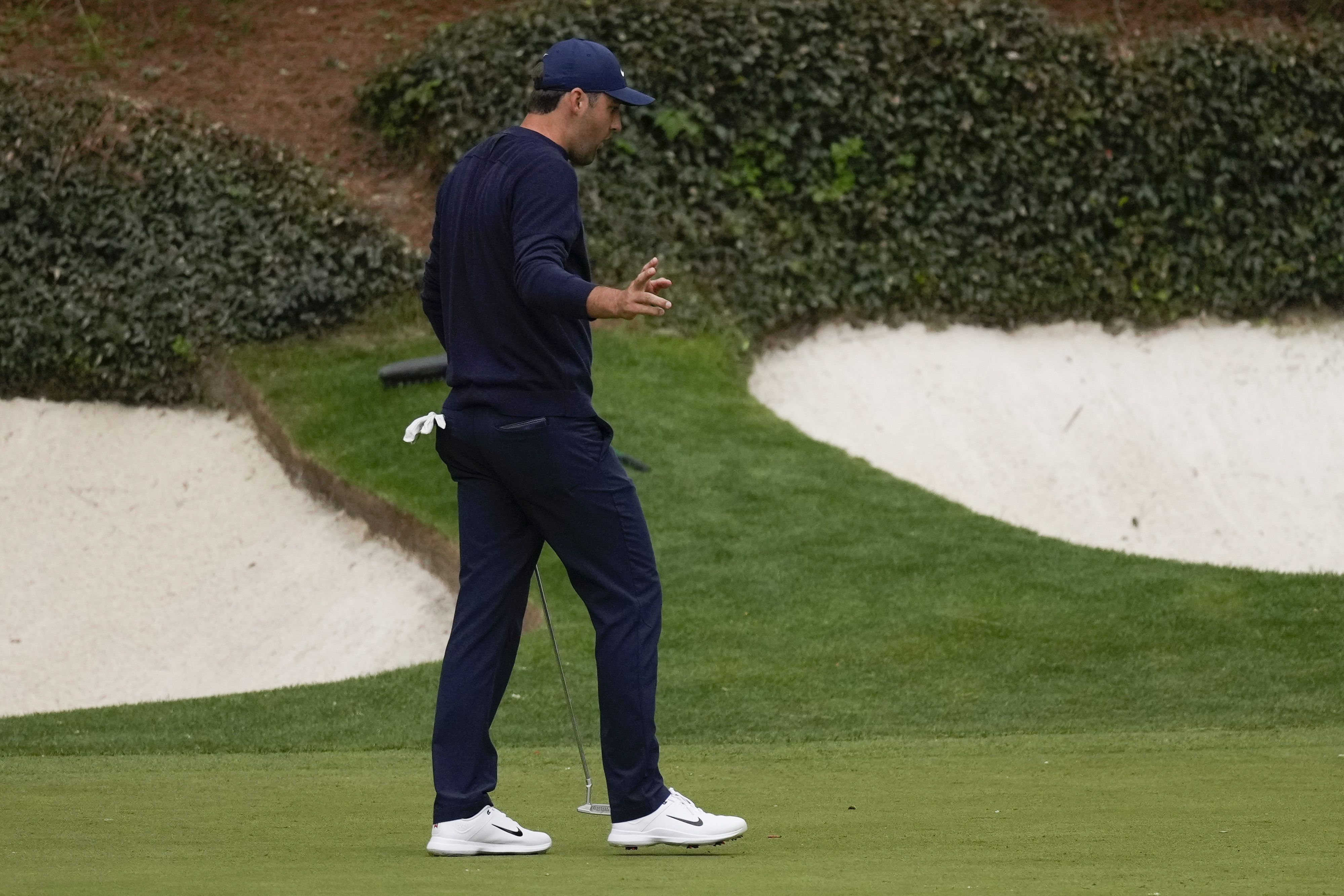 Scottie Scheffler took over the Masters on Friday, running over the course to take a five-shot lead heading into the weekend rounds. (Image: Matt Slocum/AP)

Scheffler shot a 5-under 67 on Friday to pull far ahead of the field and take command of a tournament that has otherwise kept the field in close contact through the first two rounds.

The five-shot lead ties for the largest in Masters history after two rounds. Of the five other players who have led by five shots at the midway point, four ultimately won the tournament. The one exception is Harry “Lighthorse” Cooper, who finished second in 1936.

DraftKings Sportsbook now rates Scheffler as the +100 favorite to win the 2022 Masters. No other golfer has odds of shorter than +1200.

“I put myself in position, where I’m in position to win this golf tournament,” Scheffler told reporters. “I couldn’t ask for anything more after 36 holes. My game feels like it’s in a good spot. I’ve just got to keep doing what I’m doing and not overthink things.”

Four players are tied for second place behind Scheffler. Those include defending Masters champion Hideki Matsuyama (+1200), along with Shane Lowry (+1200), Sungjae Im (+2000), and Charl Schwartzel (+4500). All four of those golfers are at 3-under after two rounds, while Scheffler stands at 8-under.

One other player in contention is Justin Thomas (+1400). He shot a disappointing 76 in the first round, but bounced back with a 67 on Friday to put himself seven shots back and at least in the conversation heading into the weekend.

“If I played how I should yesterday, I should be right there with him,” Thomas told reporters. “This place, I love it because you can make so many birdies – even in conditions like this, if you plot your way around and know how to get it around, you can make a lot of birdies. It exposes you when it gets this windy if you don’t have control of your ball.”

Tiger Woods suffered a tough start to his second round, bogeying four of his first five holes. But the five-time Masters champion recovered to play a 2-over 74 on the day, allowing him to make the cut and continue playing until the weekend.

“It was windy. It was swirling,” Woods told reporters. “We got a couple of bad gusts. I hit a couple of bad shots. I hit a decent shot at 4 that ended up and down in a divot. It was just like there were so many things that were not going my way. It was partly the conditions and partly me.”

Other top Masters contenders heading into the weekend include Cameron Smith (+1200) and Dustin Johnson (+1200), both of whom sit at 2-under after two rounds.