Scottie Scheffler has already won four times in 2022, culminating in his victory at Augusta National in the Masters last month. He’ll look to continue that incredible run this week in the AT&T Byron Nelson at TPC Craig Ranch in Texas. 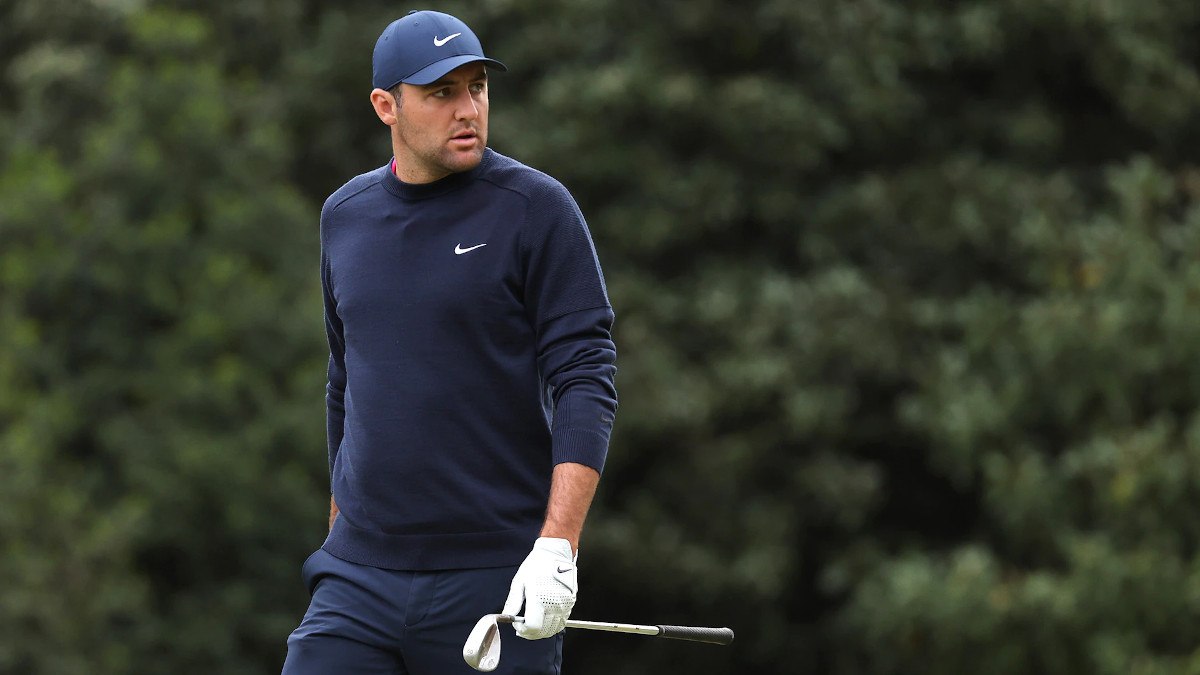 Scottie Scheffler rolls into the AT&T Byron Nelson as the clear favorite to continue his red-hot 2022. (Image: Getty)

Scheffler comes into the Byron Nelson as a +700 favorite to win the tournament, according to DraftKings Sportsbook.

Scheffler winning even in charity events

The last few months have pushed Scheffler past the field and into the No. 1 spot in the Official World Golf Ranking, far ahead of the now No. 2 Jon Rahm.

Scheffler hasn’t stopped playing well, either. He recently made a trip to Southern Hills Country Club to prepare for next week’s PGA Championship. Assistant course pro Cameron Chhim caddied for Scheffler, and told reporters that the Masters champion shot an “easy” 64 with just one ball and no practice putts.

“He’s No. 1 in the world and it was pretty easy to see why,” Chhim told Golf Oklahoma. “It would be hard to say that he’s not going to win [the PGA Championship] or at least be in contention. He hits it far enough and he has just incredible distance control with his irons.”

Other players in the AT&T Byron Nelson field are praising Scheffler as well. Will Zalatoris (+1400) comes into the event as one of the leading favorites as he searches for his first PGA Tour victory. Yet he says he is starting to feel like he has little chance against Scheffler, at least the way the world No. 1 is currently playing.

“Seeing what [Scheffler] is doing obviously is borderline Tiger-esque, obviously with the incredible golf that he’s played,” Zalatoris told reporters. “Even the other day I thought I played pretty good at a little [charity] event we played here at home, shot 66. And he comes in with 63 and it’s like, good grief, man, like have an off day.”

Justin Thomas (+900) enters the Byron Nelson as the second choice behind Scheffler. Thomas hasn’t won since last year’s Players Championship, and he currently sits at No. 8 in the Official World Golf Ranking. He also hasn’t won a major since the 2017 PGA Championship, his only career major title.

That has prompted a change in tactics by Thomas, who normally doesn’t play the week before majors.