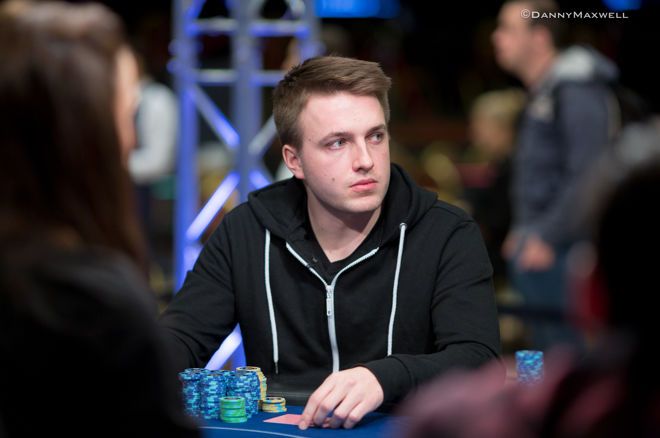 Every online poker tournament player knows that Sunday is the biggest day for them, the day that can turn a week, month, or even an entire year around. Samuel Vousden has got his grind on during many Sundays but it is unlikely that he has every enjoyed himself as much as he did on May 1.

Vousden won a $10,300 buy-in tournament at GGPoker, followed that up with victory in a $25,500 buy-in tournament, then finished third in a PokerStars $5,200 buy-in event. When the dust had settled, Finland’s Vousden had padded his bankroll with more than $620,000!

Vousden’s first impressive victory came in the $25,500 Sunday Million SHR, a tournament that drew in a crowd of 35 high rollers and where the top five finishers shared the $1 million prize pool.

Andras Nemeth, Yuri Dzivielevski, and Guillaume Nolet all reached the final table but fell before the money places. At least they didn’t burst the money bubble like Ami Barer.

Victory number two came in the $10,300 Sunday Million High Rollers event. Some 102 players bought in but Vousden was the only player with chips in front of him when the curtain came down on proceedings.

Guillaume Nolet fell in fourth for $104,579 and heads-up was set when WSOP bracelet winner Tyler “TheRayGuy” Cornell saw his tournament end abruptly in third, which was good for $137,334.

Vousden locked horns with Mark Radoja heads-up, but no deal was struck despite a gulf in the payouts. The lack of a deal meant Radoja got his hands on a $180,348 consolation prize while Vousden reeled in $236,834 for his efforts.