After Tom Brady dropped a bombshell on Sunday, announcing he would unretire and return to the Tampa Bay Bucs, trade rumors involving Deshaun Watson, the Cleveland Browns, Carolina Panthers, and New Orleans Saints began heating up. 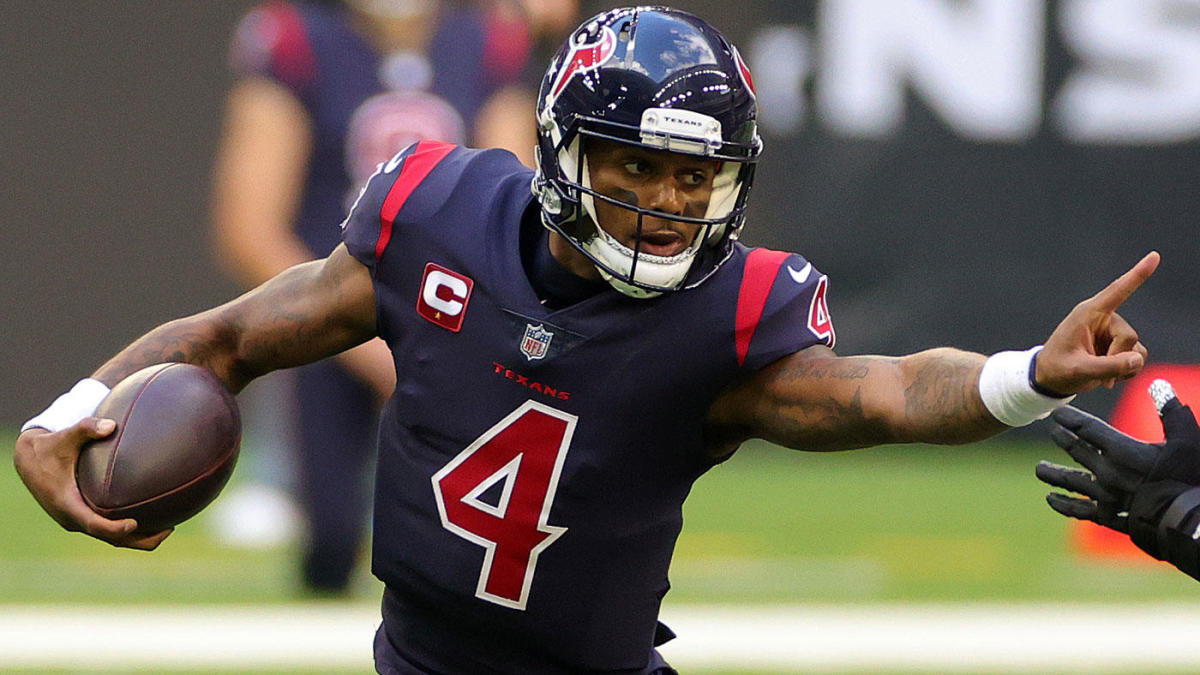 The Houston Texans could finally trade quarterback Deshaun Watson this week after he sat out the entire 2021 season. (Image: Carmen Mandato/Getty)

The Bucs were aggressively pursuing a new quarterback in the offseason after Brady initially retired. Bruce Arians had his eyes on Russell Wilson or Watson. Last week, the Denver Broncos secured Wilson in a blockbuster trade with the Seattle Seahawks. With Wilson no longer on the table, the Bucs focused on bringing Watson to Tampa Bay in a trade.

However, after Brady decided to return, the Bucs no longer have an immediate need for a quarterback. That means other teams like the Browns, Saints, and Panthers are scrambling to work out a trade with the Houston Texans.

On Friday, a Houston grand jury failed to indict Watson on criminal charges for sexual misconduct stemming from multiple lawsuits from former massage therapists. He still faces 22 civil lawsuits, and he’s still under investigation by the NFL for his behavior, but all signs point toward the NFL closing the case on Watson.

Watson sat out the 2021 season after he requested a trade last offseason, and the Texans refused to deal him. Watson has a no-trade clause, but he will waive it for the right team. The Miami Dolphins came the closest to acquiring Watson in a trade, but negotiations with the Texans broke down. The Dolphins are no longer interested in Watson.

The Texans are asking for no less than three first-round draft picks plus a second-rounder or comparable assets.

According to multiple sources, the Carolina Panthers and New Orleans Saints already made a trade offer to the Texans for Watson.

The Saints are a team in flux after head coach Sean Payton retired. They’re also one season removed from Drew Brees’ retirement. The Saints went with Jameis Winston at quarterback in the 2021 season until he blew out his knee in November. They were stuck with backup and multi-positional player Taysom Hill as the starter.

With the Saints in dire need of a quarterback, they like Watson and made a trade pitch to the Texans. With Michael Thomas committed to returning to the Saints, Watson would have a top-notch wide receiver. However, the Saints face a salary cap problem. They’re struggling to get under the cap, and may not be able to absorb Watson and his $40.4 million salary in 2022. Watson is also due $42.4 million in 2023.

The Carolina Panthers know that Sam Darnold isn’t the right man to play quarterback for them. With Matt Rhule’s job on the line, the Panthers face a make-or-break season. The team has been open to trading running back Christian McCaffery, but they might put that idea on hold if they can secure Watson in a trade.

The Panthers also made a pitch to the Texans for Watson. If the Panthers can’t land Watson, then expect them to trade McCaffrey to the highest bidder. There’s also a scenario where the Panthers and Texans work out a package that includes McCaffrey and draft picks.

The Browns have also entered the sweepstakes to acquire Watson in a trade. The team isn’t sold on Baker Mayfield as their future quarterback. Mayfield underwent surgery to repair his non-throwing shoulder, but the Browns are disappointed with the former #1 pick in the draft.

It’s up to the Texans to decide if they want to trade Watson to the Browns for a hoard of draft picks, or if they’ll accept Mayfield in the deal. The Browns could always trade Mayfield elsewhere, like to the Panthers, for example, to make room for Watson.

The Browns would be an interesting spot for Watson. They have a stellar offensive line and one of the best running back tandems in the NFL, but they need help at wide receiver. The Browns recently acquired Amari Cooper in a trade with the Dallas Cowboys, but they’re also shopping Jarvis Landry.

If Watson joins the Browns, he will square off against other top-notch quarterbacks in the AFC North, including Joe Burrow from the Cincinnati Bengals and Lamar Jackson from the Baltimore Ravens.