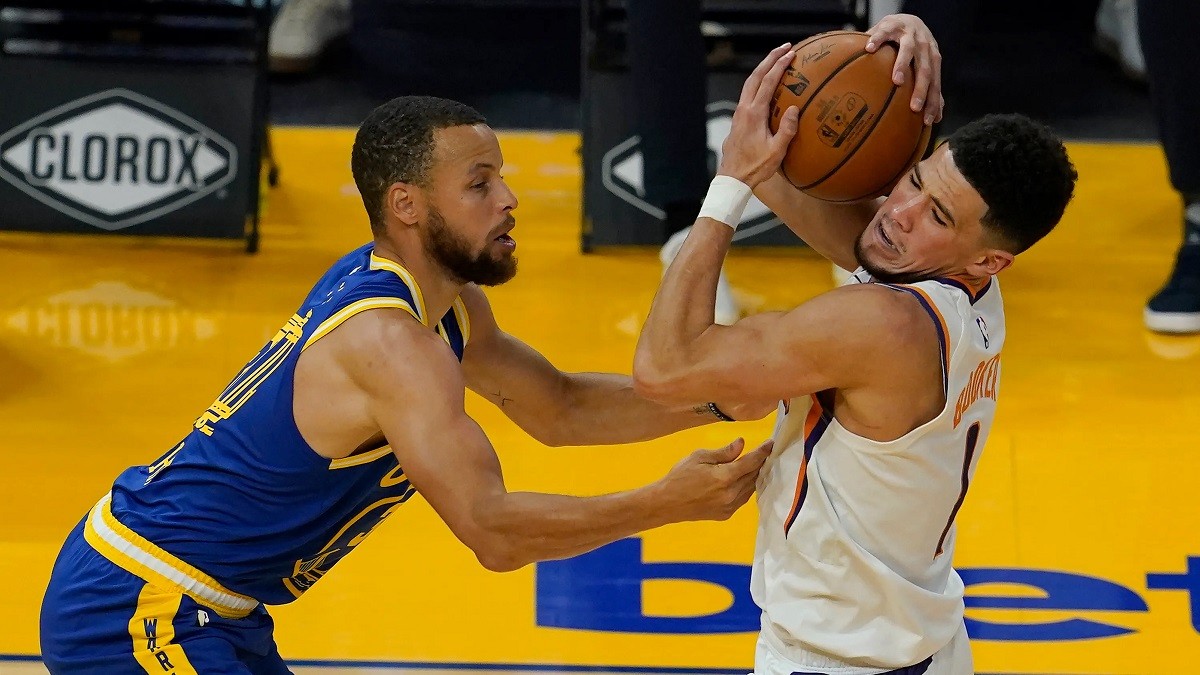 The Warriors are in the middle of a five-game losing streak and cough up the #2 seed. They trail the Grizzlies by a half-game, but they’re now 8.5 games out of first place.

Meanwhile, the LA Lakers (28-36) hold down the #9 seed and headed for the play-in game, but they’re dangerously close to missing the playoffs.

The Phoenix Suns are cruising despite they lost Chris Paul for the rest of the regular season with a fractured thumb. Devin Booker missed a couple of games with COVID-19, but the Suns didn’t flinch even though they do not have their starting back court right now.

Monty Williams is the favorite to win 2022 NBA Coach of the Year for a sensational job with the Suns in the last two seasons.

The Suns leveraged numerous injuries to opponents during the 2021 NBA Playoffs to secure a spot in the NBA Finals. They lost to the Milwaukee Bucks in six games, but they’ve been on a mission to prove last year’s success was not a fluke.

The Suns are the consensus betting favorite to win the 2022 NBA Championship at +380 odds, but you can back them at +160 odds to win the Western Conference, just ahead of the Warriors.

The Warriors won the Western Conference five seasons in a row and won three NBA championships between 2015 and 2019. It’s been a rough last two seasons in the Bay Area after Klay Thompson blew out his ACL and suffered a subsequent Achilles injury while rehabbing his knee. At the same time, the Warriors lost Kevin Durant to free agency, when he signed with the Brooklyn Nets after the 2019 season.

The Warriors finally got Klay Thompson back in the lineup, but it coincided with Draymond Green missing time with a freakish back injury. Green is expected to return next week, and the Warriors miss their top defender and enforcer. Without Green in the lineup, the Warriors went 13-13 and slipped to the #3 seed.

The Utah Jazz were a streaky team this season, but they survived their ugliest stretch of the season in which they went 2-11 in January. Despite the ebbs and flows of the season, the Jazz went on a 9-3 run and currently hold down the #4 seed.

There’s been whispers that Donovan Mitchell and Rudy Gobert are not getting along in the locker room, but a lot of players don’t like Gobert including his own teammates. If the Jazz can put aside their difference, they’ll be a tough opponent in the postseason. It looks like they might face the Dallas Mavs in the opening round, which will be a fun series to watch Spida vs Luka Doncic.

The Memphis Grizzlies are the surprise team in the Western Conference, and one of the biggest surprises in the league this season. Thanks to Ja Morant and the high-scoring Grizzlies, they moved into the #2 seed with the second-best record in the NBA with 44 wins.

The Grizzlies played great so far this season, but the young Griz lack postseason experience. That’s why it will be interesting to see how head coach Taylor Jenkins makes game-to-game adjustments in the playoffs. The Grizzlies are +1000 odds to win the Western Conference as the fourth-highest team on the NBA futures board.

Never count out Nikola Jokic. The reigning MVP shrugged off a slow start and he’s been heating up at the right time averaging 25.9 points, 13.8 rebounds, and 8.1 assists per game. Jokic has the NBA’s best PER rating at 32.53.

The Nuggets are 39-26 and only in the #5 seed, but considering it’s a one-man show in Denver, it’s been an impressive run without their other two best scorers — Jamal Murray and Michael Porter Jr. Porter could return sooner than later, but if the Nuggets get Murray back in the lineup, they’ll be dangerous in the postseason.

You can back the Nuggets at +1500 odds to win the Western Conference, but it’s a long shot for Jokic and the Nugs unless both Murray and Porter return for a postseason run.

The Mavs made a bold move and traded the Unicorn to the Washington Wizards before the trade deadline. Luka Doncic went off shortly afterwards averaging 33.2 ppg in the ten games since they traded Kristaps Porzingis. With much better spacing on the floor with newly added Spencer Dinwiddie, and Doncic has been playing like a superstar. He also finally shed the extra pounds he packed on in the offseason. Owner Mark Cuban said the criticism about being overweight lit a fire under his butt and it’s been impossible to ignore the results.

The Mavs will face some potential tough opponents in the postseason, but we’ll see if head coach Jason Kidd can figure out the right lineups to put on the court to put Doncic and the Mavs in the best position to make a deep run in the playoffs. The Mavs are +1500 odds to win the Western Conference, but bettors don’t have much faith in them to win the NBA title at +4000 odds.

Check out our latest update on Eastern Conference odds and futures.