Los Angeles Angels two-way star Shohei Ohtani easily won the AL MVP award last year after his unprecedented success at both the plate and on the mound. Oddsmakers say he’s the favorite to win yet again, but expect him to face serious competition – including from one of his own teammates. 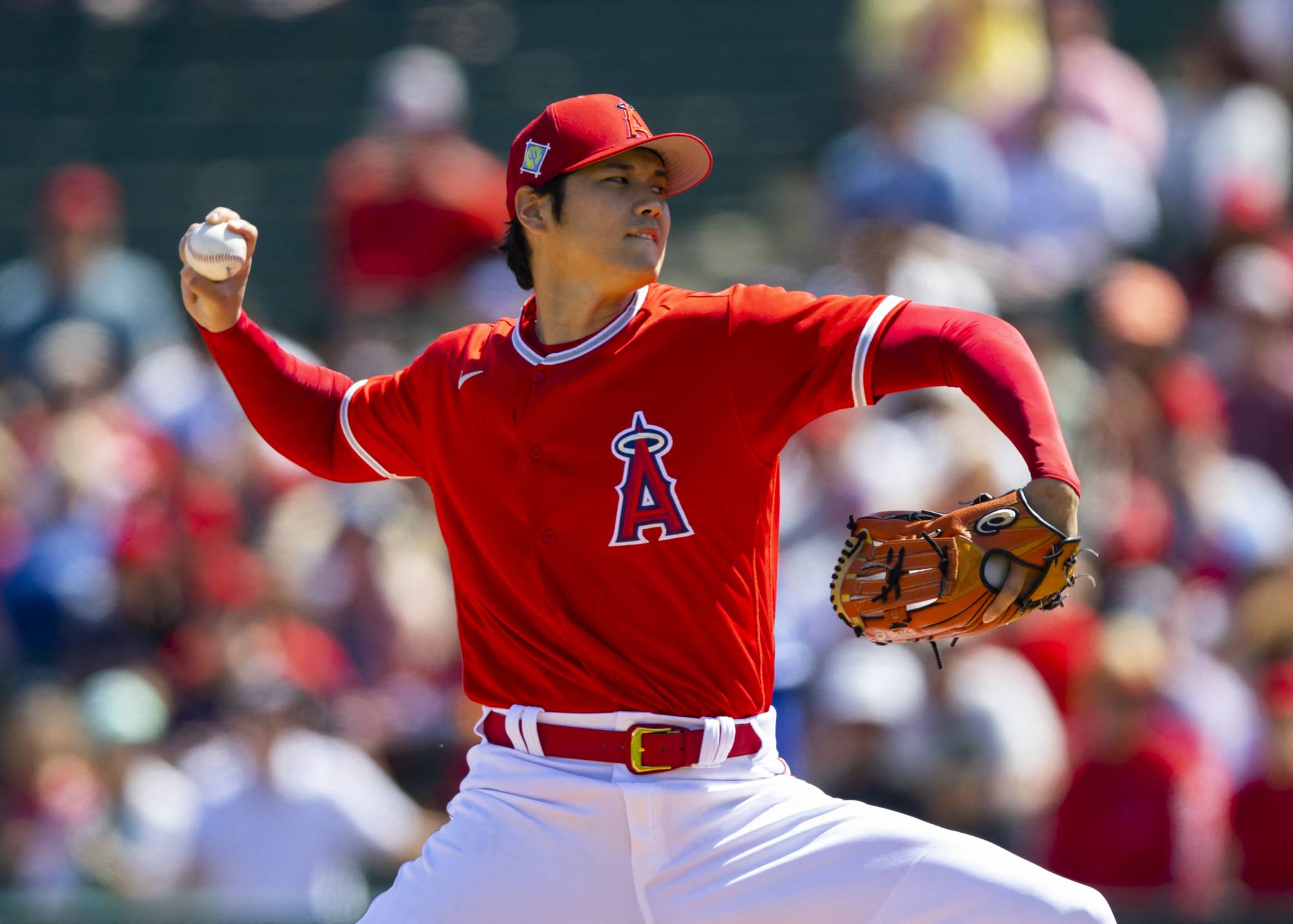 Ohtani comes into the season as the +400 favorite to win the American League MVP trophy, according to DraftKings Sportsbook.

In 2021, Ohtani enjoyed a monster year at the plate, hitting .257 with 46 homers and 100 RBIs and a .965 OPS. He was among the top hitters in the American League, but likely wouldn’t have won the MVP honors on that performance alone. However, he combined those numbers with a 9-2 record and a 3.18 ERA on the mound in 130.1 innings pitched – a staggering overall performance that led sportswriters to name him the unanimous AL MVP.

While +400 feels like a short number for any player, there are reasons to think Ohtani could go back-to-back. His prospects improved further when Major League Baseball announced the introduction of the so-called “Shohei Ohtani” rule that will allow a pitcher who is also serving as the designated hitter to remain the DH even after they leave the mound.

Angels manager Joe Maddon may give Ohtani even more plate appearances this year. In Spring Training, he has hit mostly in the leadoff role, something he did only occasionally in 2021. Maddon says we’ll see a lot more of that this season.

“I like him leading off, you can read into that,” Maddon said. “I think it’s the best spot for him. I like when the whole batting order protects him.”

Among those protecting him is Mike Trout, arguably the best player in baseball. Trout will come in as a +450 pick to win AL MVP for the fourth time. He may offer better value than Ohtani: Trout was the favorite to win last year’s award before he missed two months with a strained calf.

Vladimir Guerrero Jr. (+450) finished second in the AL MVP voting last year, and could easily grab the award in 2022. The 23-year-old Blue Jays star hit .311 with 48 homers last year, and some writers may have supported him for the award last year had Toronto made the playoffs. With the Blue Jays among the top contenders to win the American League pennant this year, Guerrero could get a boost if the Angels fail to make the playoffs and his numbers are comparable with those of Ohtani and Trout.

In the National League, Washington Nationals outfielder Juan Soto (+280) is the clear favorite to win the MVP award. Soto put up monster numbers last year, hitting .313 with 29 homers. He also drew 145 walks to lead the majors, giving him a .465 on-base percentage – also the best in MLB. Soto finished second in the voting last year, but at just 23 years of age, there’s no reason to think he won’t improve in 2022.

That said, there is more value on some of the other top contenders for the award. Ronald Acuna Jr. comes in as the +700 second choice and may be the most talented player in the majors, though bettors should be wary that he is recovering from a major injury.

Better odds can be found on Bryce Harper (+900), Mookie Betts (+900), and Freddie Freeman (+1200). Harper is looking to defend his NL MVP and win the award for the third time. Meanwhile, Betts and Freeman are the leaders of what could be a dominant Los Angeles Dodgers team that also has additional MVP candidates in Trea Turner (+1400), Max Muncy (+4000), and Justin Turner (+4500).