The NFL released their schedule for the upcoming 2022 season including a triple-header on Christmas — which falls on a Sunday of Week 16 this year. By chance it you’re an NFL fan that does not celebrate Christmas, then you will still get a Sunday football fix with an exciting triple-header featuring the Green Bay Packers at Miami Dolphins, Denver Broncos at Los Angeles Rams, and Tampa Bay Buccaneers at Arizona Cardinals 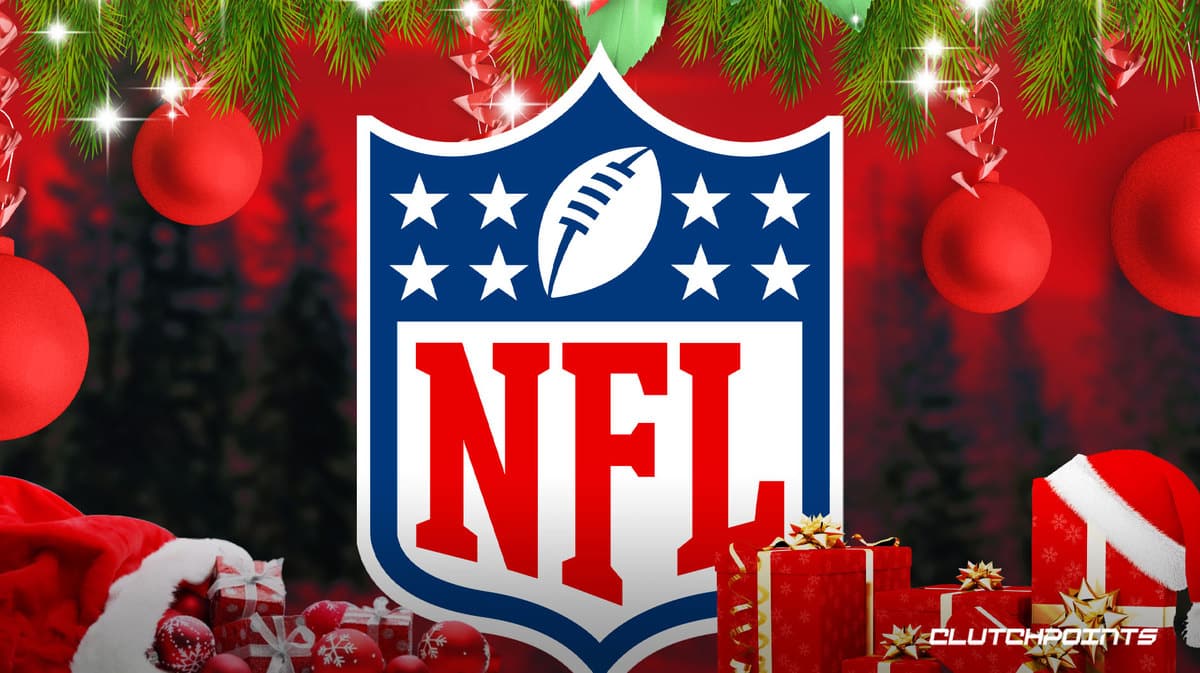 The NFL will play its first ever triple-header on Christmas this season, which coincides with Week 16. (Image: ClutchPoints)

The NFL will go heads-up against the NBA, which typically schedules multiple games on the Christmas. In 2021, the NBA scheduled a quintuple-header with five games. Sports fans will have the option to watch either the NBA or NFL, or both on Christmas.

The NFL will kickoff their yuletide programming with the Green Bay Packers playing the Miami Dolphins. Too bad the game was not being played at the frozen tundra of Lambeau Field in Green Bay with a potential for a snow game on Christmas.

Aaron Rodgers and the Packers head to South Beach for a big game against the upstart Dolphins. Rodgers returns to the Packers this season as the highest paid player in NFL history when he got a $200 million contract. Rodgers won the MVP in back-to-back seasons, but failed to guide the Packers to the Super Bowl in either season. The Packers are the third-highest team on the NFL futures board at +1000 odds to win Super Bowl 57.

The Dolphins have a rookie head coach with offensive wunderkind Mike McDaniel after they hired the former San Francisco 49ers assistant to replace Brian Flores. We’ll see if Tua Tagovailoa can remain healthy enough all season for a potential shootout with Rodgers. The Dolphins added the Cheetah to the mix after the Kansas City Chiefs traded speedy WR Tyreek Hill.

The Denver Broncos head to Hollywood to square off against the reigning Super Bowl champion LA Rams during the middle afternoon game of the Christmas tripleheader.

The Broncos acquired quarterback Russell Wilson in an offseason trade, even though they were rumored to snag the unhappy Rodgers. Rodgers leveraged the Broncos’ interest to extort $200 million from the Packers, but the Broncos quickly pivoted to snatch up another unhappy quarterback. Fans will be treated with a Wilson vs Matthew Stafford battle, which should be a fun to spend your Christmas afternoon.

The Broncos/Rams game will be aired on CBS and an additional feed on Nickelodeon, which is specifically catered to a attracting a younger audience.

The NFL will conclude their Christmas triple-header with Tom Brady and the Tampa Bay Bucs battling the Arizona Cardinals. Bruce Arians retired as the head coach of the Bucs, so there will be no side drama involving Arians returning to his old team in Arizona. Todd Bowles, who won a Super Bowl as the defensive coordinator of the Bucs, succeeded Arians as their new head coach.

The Cardinals hope that they work out a potential contract conflict with quarterback Kyler Murray, who scrubbed his entire social media feed and removed any mentions of the Cards to let them know he means business at the negotiating table. If the Cards work out a proper extension, Murray will have a chance to take on old-man Brady in primetime. The NFL banned DeAndre Hopkins for six games for PED use, but he’ll be back in the lineup way before the Christmas triple-header.