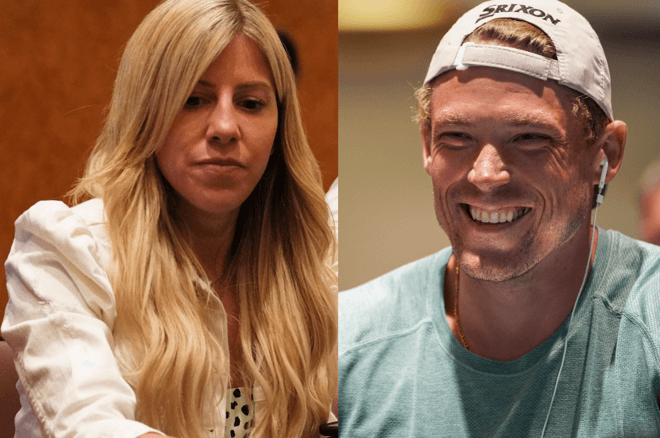 It was just one week ago that poker pros Alex Foxen and Kristen Bicknell walked down the aisle in the Florida Keys and mutually spoke the special words, “I do.” Already in the Sunshine State, the poker power couple bypassed the honeymoon and hopped straight into the tournament action at the WPT Seminole Hard Rock Poker Open in Hollywood.

Foxen and Bicknell, who have a combined $27 million in live earnings, per Hendon Mob, chatted with PokerNews on Friday about their special day and impressive results so far in the series before they both fired in Day 1a of the $3,500 buy-in WPT Seminole Hard Rock Poker Showdown.

Hitched in the Keys

Foxen and Bicknell told PokerNews that they tied the knot in the luxurious and tropical Florida Keys, a string of islands on the southern tip of the state. It also happens to be just an hour and a half from the Seminole Hard Rock in Hollywood.

“We just had a nice little ceremony down in the Keys just this past weekend,” Foxen said. “It was great. It was really nice. Close friends and family. Couldn’t be better.”

The couple posted about their beautiful oceanside wedding on social media and were congratulated by everyone in the poker community from Chucky and High Stakes Poker star Jennifer Tilly to former British pro Liv Boeree.

Though they didn’t plan the date around it, the wedding aligned seamlessly with Seminole Hard Rock Poker Showdown taking place less than a hundred miles north.

“The timing kind of worked out perfectly with the date that we picked for our wedding,” Bicknell told PokerNews. “And we didn’t actually do this intentionally, but it was like, ‘Oh, we’re so close.’ So it’s kind of a nice little thing to do after the wedding, anyway.”

Crushing as a Couple 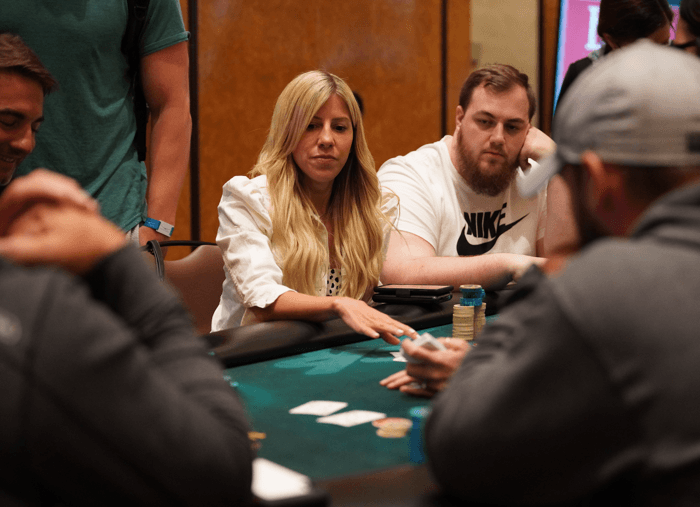 In the very next event, Event #31: $50,000 Super High Roller, Foxen, a two-time World Poker Tour champion, steamrolled the field to get heads-up against Andrew “LuckyChewy” Lichtenberger. After a four-hour heads-up battle, Foxen bowed out in second place for a huge score of $515,587.

“Kristen final tabled a $1k the first day back and then I had a second in the $50k,” Foxen recalled.

“So far so good, definitely,” Foxen agreed. “A few more good events left, and then hopefully continue to have a good series.” 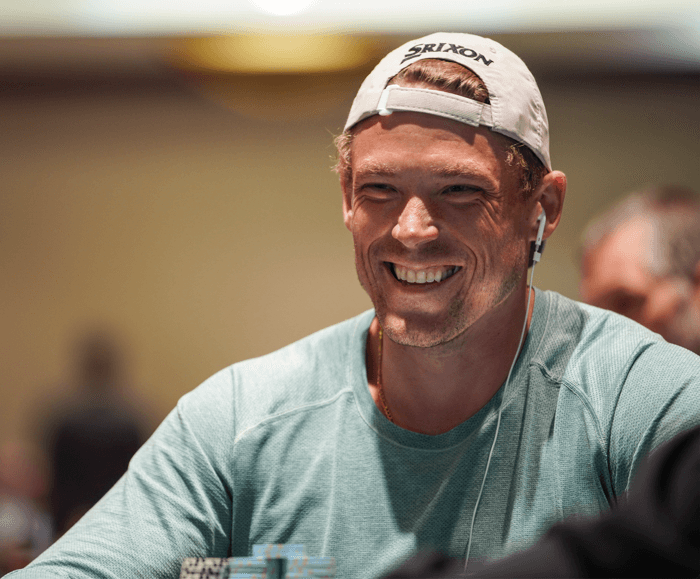 Asked about his strategy heading into Day 1 of the Championship event, Foxen noted that the unlimited re-entry means “there’s really no incentive to pass on any spots that are good.”

“So kind of just play a bunch of pots, hope to finish up with a lot of chips and just play,” he said. “You know, poker’s poker, tak(ing) it hand by hand is, I think, the best strategy.”

As it turned out, neither of the players were among the 300 players who found a bag at the end of Day 1a of the Seminole Hard Rock Poker Showdown.

PokerNews spotted Foxen and Bicknell in the Day 1b action late Saturday afternoon. Foxen was eliminated in a classic cooler when his ace-king couldn’t get there against the pocket queens of Danny Panagatos, according to WPT live updates, but he was later seen buying back into the Championship event.