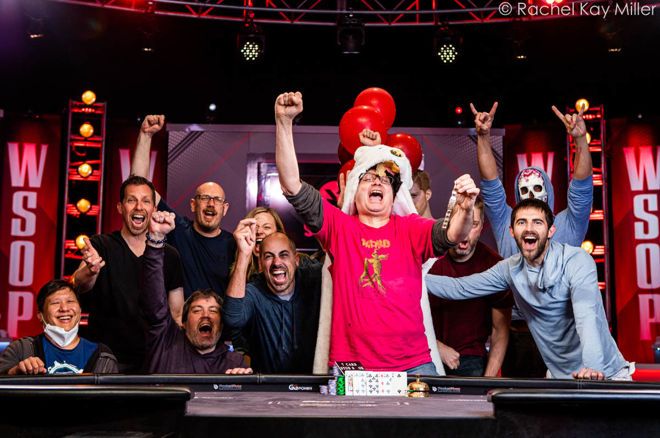 Steve Albini has worked with some of the biggest names in music in his job as a recording engineer. Now his name is on the list of multiple World Series of Poker bracelet winners after taking down Event #32: $1,500 H.O.R.S.E for $196,089.

Albini beat a field of 773 players full of professionals and mixed game specialists. But he’s not a pro himself. He owns his own recording studio in Chicago and has produced albums for the likes of Nirvana and Jimmy Page.

Poker is just a hobby for Albini, albeit one he takes seriously. “Everything in my life comes in pieces, in parts. Poker is one part of my life,” he said after his win.

“So when I’m playing poker, I try to commit to it. I try to take it seriously. I try to make sure I devote the attention to it that it deserves as an occupation. But it’s only part of my year. I only play tournaments at the World Series of Poker. I play cash games informally in Chicago. It’s a part of my livelihood, but it’s not my profession.”

Albini’s first bracelet came in a Seven Card Stud event in 2018. Not even he could believe that he’s now topped two fields of poker’s best.

“Everything in my life comes in pieces, in parts. Poker is one part of my life.”

“In the Stud tournament, the bracelet that I won in 2018, I was never all in in that tournament. I was never short of chips. But it still felt like I kind of fluked it because I beat a table full of really great players that I didn’t expect to beat.

This time it felt like a fluke because I was so short on chips so often, and I kept getting all in, and I kept surviving.” 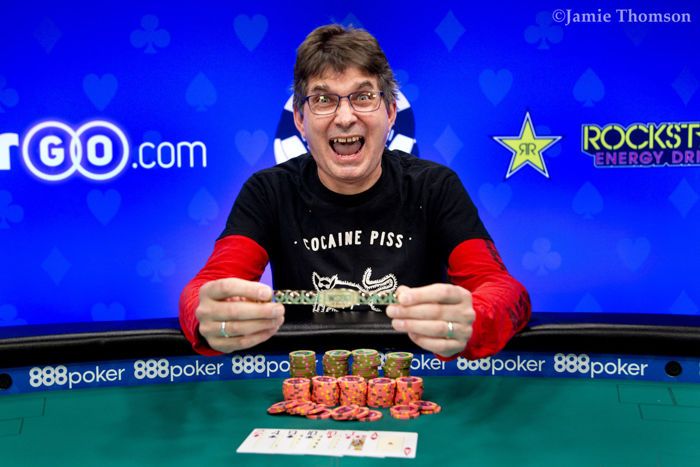 Albini winning his first bracelet back in 2018.

While Albini’s first bracelet, by all accounts, is still whole, his second one immediately got damaged after receiving it. Albini’s friend Eric Rodawig sent out the news to the poker world with the following tweet.

Sometimes, a photo says more than a thousand words. Here’s what Albini’s second bracelet now looks like. Whether the bracelet can and will be fixed is unknown at this time. 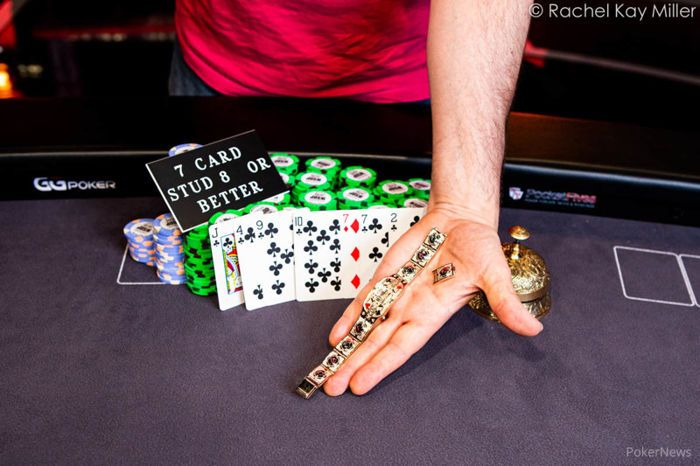 Albini was supported on the final table rail by Brandon Shack-Harris. It was Shack-Harris who gave Albini an idea that played a part in the entire final table: the golden bell.

“Brandon Shack-Harris got an ornate hotel bell that he would ding at the table when he was going to check. I thought it was really charming and he brought it here so the rail could ding when I won a pot,” Albini explained.

“It got irritating to some of the other players, so I brought it to the table so anyone who wanted to could celebrate by ringing the bell.”

The bell tolled for the other seven players at the final table today. 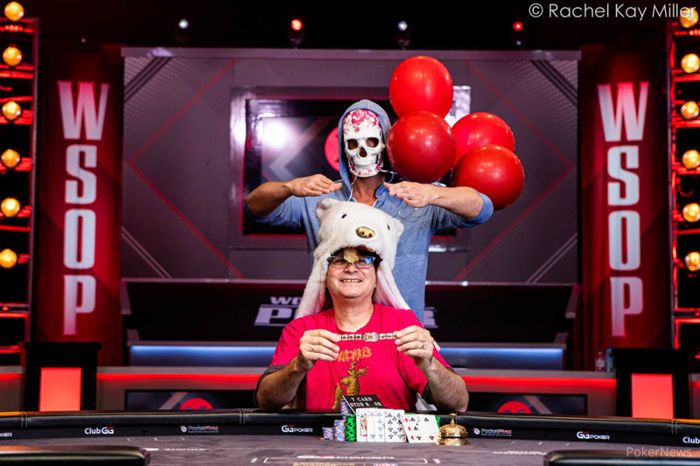 Action of The Day

The last two women in the tournament were then simultaneously released, with Shirley Rosario (15th) and Michelle Roth (14th) eliminated before the last two tables. Then, it was the last European player in the field, Maurizio Melara, who finished in 13th place.

The final table lasted for around nine hours, but it was not that long for David Williams, as the WSOP champion finished in ninth.

Kyle Loman started this final table with the chip lead, but Albini quickly caught up with him to take the lead. Then, it was Tamon Nakamura who scored an eighth-place finish for the fourth time during this summer’s series. Eddy Vataru, was the shortstack for a long time, eventually finishing in seventh place, the best result of his career. In the battle of the short stacks, Peter Brownstein did his best to end in sixth place on his fourth WSOP final table appearance.

While Albini was still cruising, Loman took fifth place for his second final table on this event, followed by Richard Bai, in fourth position. The 2019 WSOP Circuit winner busted just after the dinner break.

During this three-handed battle, Jason Daly was chip leader for a long period, but Albini never gave up and managed to come back little by little until Daly’s moment in the spotlight passed once and for all.

Daly took third place for his second-best career result, while James Morgan failed to make a comeback and finished as the runner-up.

That concludes PokerNews’ coverage of Event #32. Stay tuned throughout the 2022 WSOP at Bally’s and Paris Las Vegas for all the action.

A former professional poker player from the Netherlands with a background in sports marketing and journalism. Yori has been a part of PokerNews since 2016 and manages the content team.