Roma won at the Olimpico 1-0 against Leicester and beat the Premier League side 2-1 on aggregate to reach the UEFA Conference League final. They will play Feyenoord, who managed to hold on to their 3-2 first-leg advantage over Marseille. 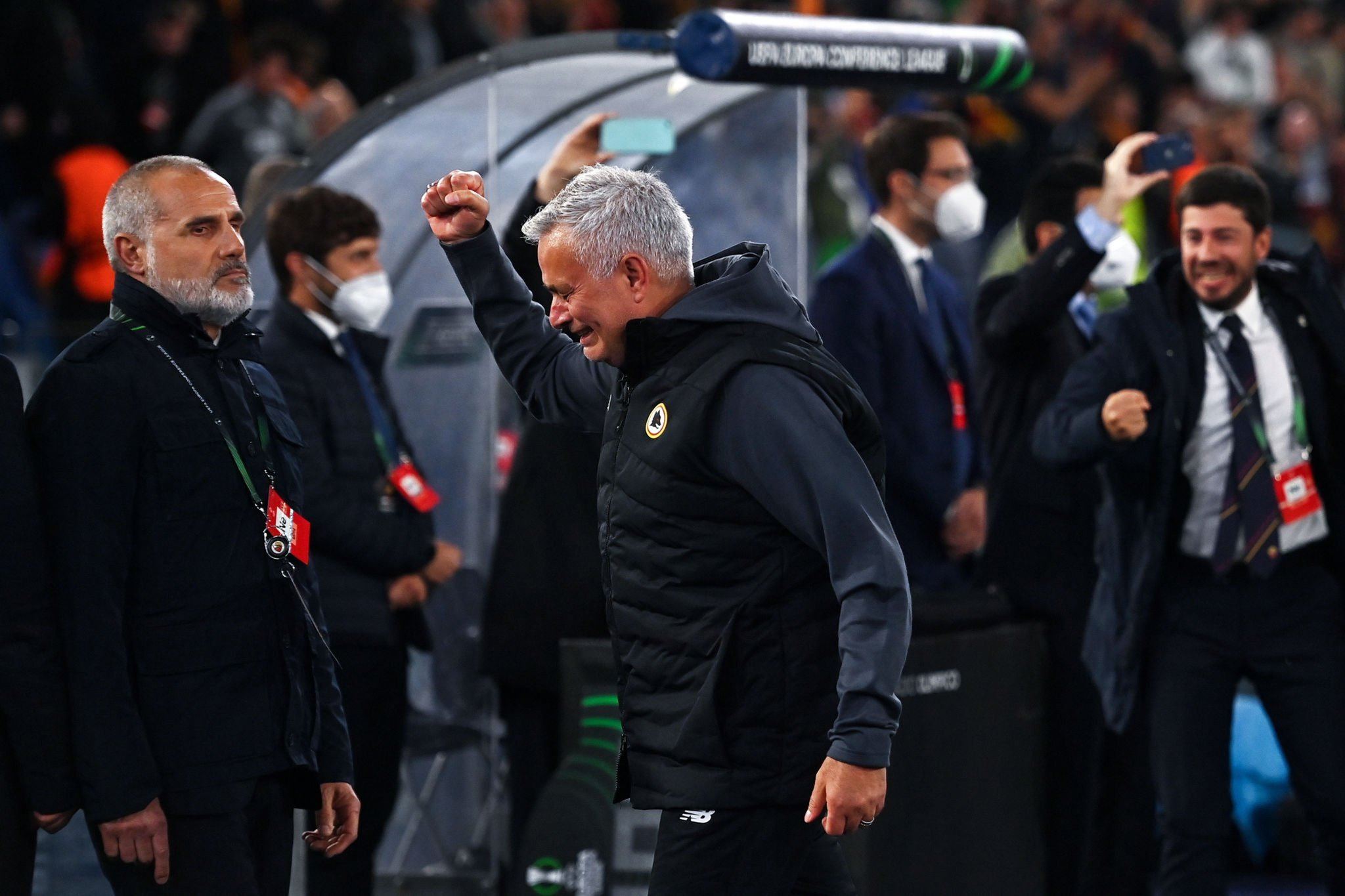 Jose Mourinho couldn’t hold back tears after AS Roma qualified for the final of the Conference League. (Image: Twitter/sc_espn)

AS Roma manager Jose Mourinho was pictured crying after his side’s win over Leicester and said “this is Roma’s Champions League” during his press conference. The final act of the first Conference League edition will take place in Tirana on May 25.

Mourinho explained his tears after the match saying he got emotional about what the final means to the city, and not to himself. “This is a giant club without a trophy room in relation to the social dimension of the club. So, this is not a trophy, it’s only the final but it means a lot for the people,” Mourinho said. “Of course, I have had bigger moments than this, but I am not feeling for myself, I am feeling for the people and my players. For us, this is the Champions League.”

Having taken over at Roma last summer after his sacking by Tottenham, Mourinho will play his fifth European final with his fourth different club. If Roma wins the Conference League, Mourinho will become the first manager to win all of the current European cups.

“I shed a tear because my emotion was for everyone who loves this club,” The Special One added. “I’ve had the fortune to play more prestigious finals than this one. But in terms of the way we’ve created a family atmosphere here, it makes me feel special,” he concluded.

To show their respect for the 166 away fans who made the trip to Northern Norway for the 6-1 defeat in front of Bodø/Glimt in the group stage, Roma will offer them free tickets for the final.

The Italian side is now at +110 to win the Conference League, with Feyenoord’s triumph at +200.

Supported by 3,500 traveling fans, including former England star turned TV host Gary Lineker, Leicester missed its last chance of qualifying for Europe next season. Had they won the Conference League, Brendan Rodgers’ boys would have guaranteed themselves tickets for next year’s Europa League, the second-most important club competition on the continent.

It’s been a dismal season for Leicester at the domestic level as the team sits in the bottom half of the Premier League table and has been knocked out of the FA Cup and League Cup early in the competitions.

The summer is expected to bring major changes, with Leicester aiming to rebuild a squad capable of competing for the European seats again.