Heading into the 2022 season, most regarded the Minnesota Twins as the only threat to the Chicago White Sox in the AL Central, albeit a longshot to actually win the division. Expectations are rising after a month of play, however, as the Twins now lead the AL Central while the White Sox struggle to find their footing. 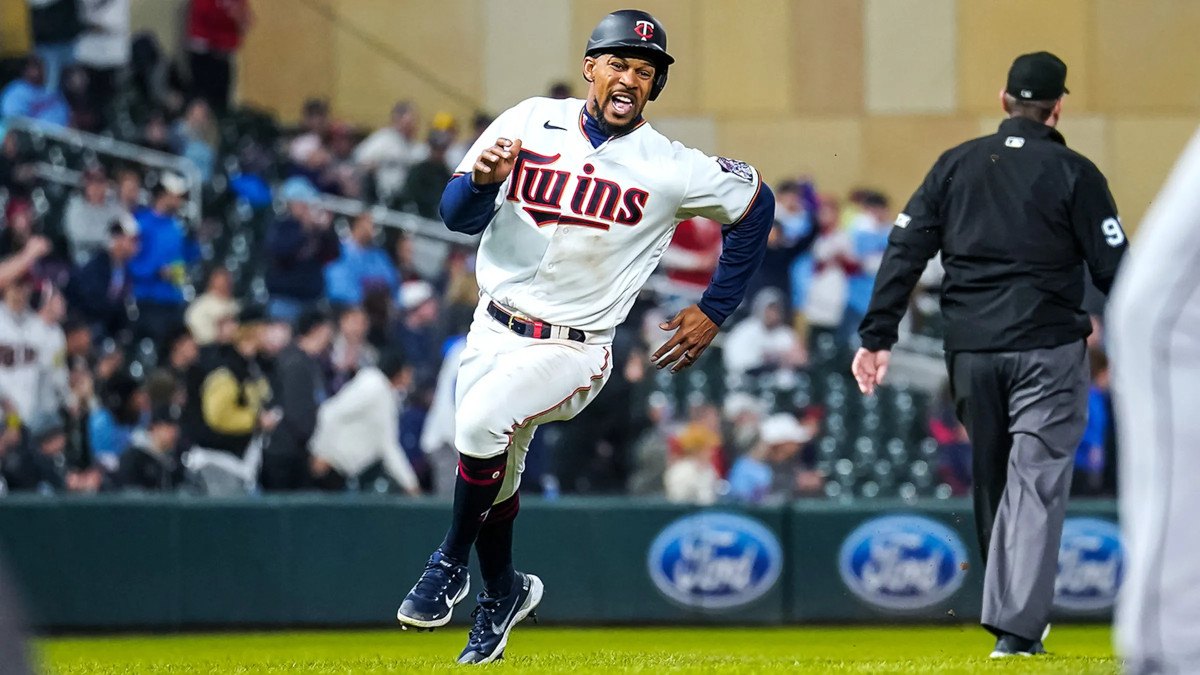 Byron Buxton and the Minnesota Twins have jumped out to an early lead in the AL Central race. (Image: Brace Hemmelgarn/Getty)

The White Sox are still the +110 favorites to win the division, according to DraftKings Sportsbook.

However, the Twins are now the +150 second pick after starting the season at a relatively distant +500. Meanwhile, Chicago has drifted far from the -195 favorite it was on Opening Day.

One look at the standings shows why things have changed so dramatically. The Twins lead the division with a 14-9 record, having won nine of their past 10 games. Meanwhile, the White Sox have struggled to a 9-13 mark, and don’t seem to be improving as of late.

The White Sox are attempting to overcome a slew of injuries, including to key players like Eloy Jimenez, Lance Lynn, and Yoan Moncada. Still, that shouldn’t discount what Minnesota has accomplished over the first few weeks of the season.

The Twins pitching staff has exceeded all expectations. Minnesota is holding opposing teams to just 3.13 runs per game, third-best in the majors. That includes outstanding performances from a starting rotation that is currently missing presumed ace Sonny Gray, who suffered a strained hamstring in mid-April.

With Chris Archer, Joe Ryan, Bailey Ober, and Dylan Bundy holding down the fort on the mound, the Twins are instead focused on their slightly underwhelming offensive production thus far. That’s not to say the lineup has been bad: Minnesota is scoring 4.17 runs per game, which is in the middle of the pack for MLB teams this season.

Still, coming into the year, the Twins expected their offense to carry a potentially shaky pitching staff. Instead, the opposite has been true. Manager Rocco Baldelli expects the bats to heat up along with the weather in the weeks to come.

“I mean, the weather’s gonna warm up,” Baldelli told reporters. “We have a great lineup. Our guys are gonna go out there and hit, and we’re not gonna just be fine. I think we’re gonna be really productive.”

Byron Buxton has already produced for Minnesota. The outfielder is hitting .281 with a 1.058 OPS and seven homers in the early going. As usually, the question isn’t whether Buxton can play, but whether he can stay healthy for an entire season.

If he stays healthy, Buxton should earn himself serious MVP consideration, especially if the Twins make the playoffs. Buxton currently ranks fourth on DraftKings’ list of AL MVP candidates at +1000 odds, trailing only Shohei Ohtani (+350), Mike Trout (+400), and Vladimir Guerrero (+450).