Things just got a little more interesting in South Beach. The Miami Dolphins pulled off a huge trade when they acquired speedster Tyreek Hill from the Kansas City Chiefs for five draft picks. 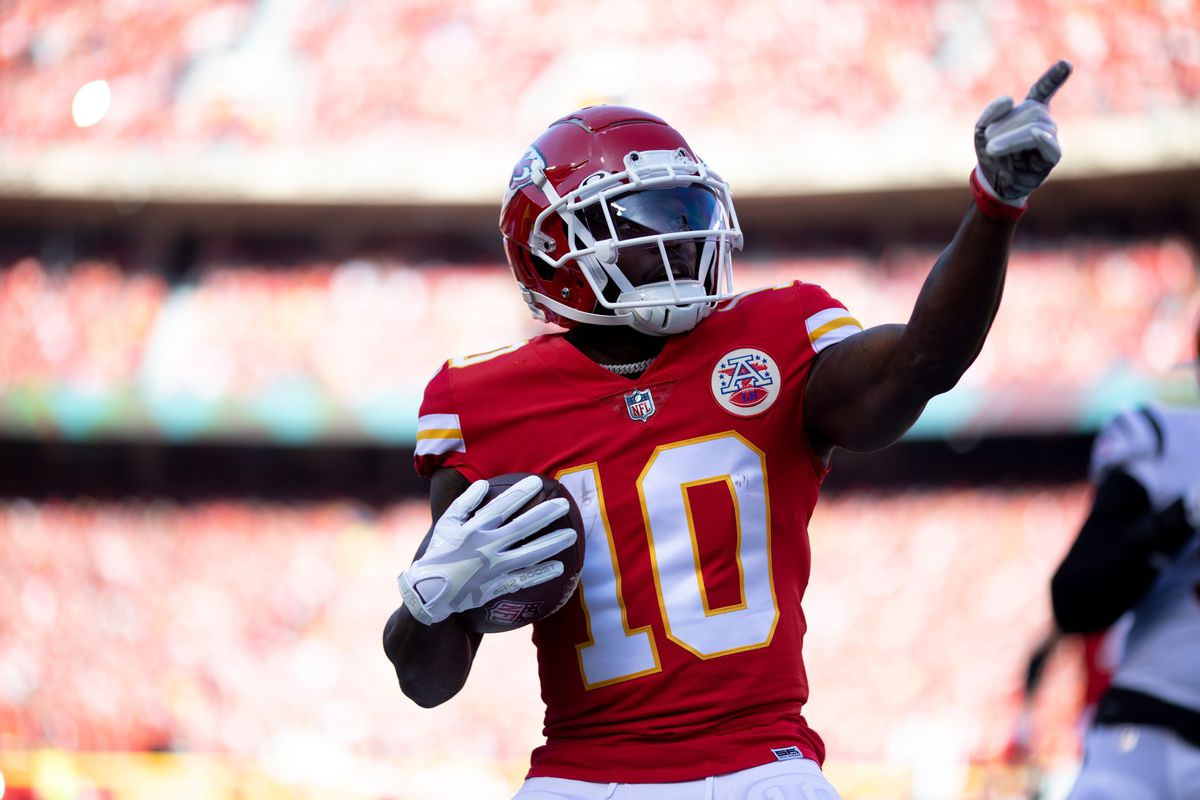 Tyreek Hill celebrates a first down with the Kansas City Chiefs. (Image: Getty)

Hill will also earn a pay raise with his new team to become the highest-paid wide receiver in NFL history. The Dolphins and Hill agreed to a four-year contract extension worth $120 million over the next four seasons. Yes, the Cheetah “got the bag” with $72 million in guaranteed money.

The Jets and Dolphins were both interested in Hill, but it looks like the Jets were duped once again and just involved in the trade talks to drive up the price and sweeten the deal for the Chiefs.

Since 2016, Hill caught 56 touchdowns — the third-most in the NFL behind Devante Adams and Mike Evans. It will be tough to replace Hill’s speed. He earned his “Cheetah” moniker for a reason.

Even though Travis Kelce is listed as a tight end, he’s been among the top receivers with the Kansas City Chiefs. He’s still the primary focus in the offense, but with Hill gone, that means Mecole Hardman will get a promotion.

The Chiefs and Hill were discussing a contract extension, but the team couldn’t offer him the high market value he wanted. The Chiefs recently signed JuJu Smith-Schuster, which sort of tipped Kansas City’s hand that they were shopping Hill to the highest bidder. When negotiations broke down, the Chiefs decided to trade Hill.

With Hill gone, the Chiefs are also interested in adding Marquez Valdes-Scantling to bolster their wideout corps.

Despite trading Hill, the Chiefs didn’t see the trade alter their Super Bowl futures. The Chiefs are still +900 odds to win Super Bowl 57.

Mike McDaniel left the San Francisco 49ers when the Miami Dolphins hired the offensive coordinator to fill their head coaching vacancy after they fired Brian Flores. McDaniel was widely considered an offensive genius and the next Sean McVay. He’s the guy who convinced Kyle Shanahan to insert Deebo Samuel at running back when the 49ers’ running backs were ravaged by injuries.

The Dolphins already had Jaylen Waddle on the roster, but they added free agent Cedrick Wilson. Now that the Dolphins have added Hill, they’re stacked at wide reciever.

It’s now up to quarterback Tua Tagovailoa to stay healthy. McDaniel said Tua was one of the reasons he accepted the Miami job. The Dolphins pulled out of the Deshaun Watson sweepstakes and decided to stick with Tua and use some of their draft capital to acquire Hill in a trade with the Chiefs instead.