A couple hours before tipoff in Boston, the Celtics announced that starting point guard Marcus Smart –  the 2022 NBA Defensive Player of the Year –  will not play in Game 2 against the Milwaukee Bucks due to a thigh and quad injury. 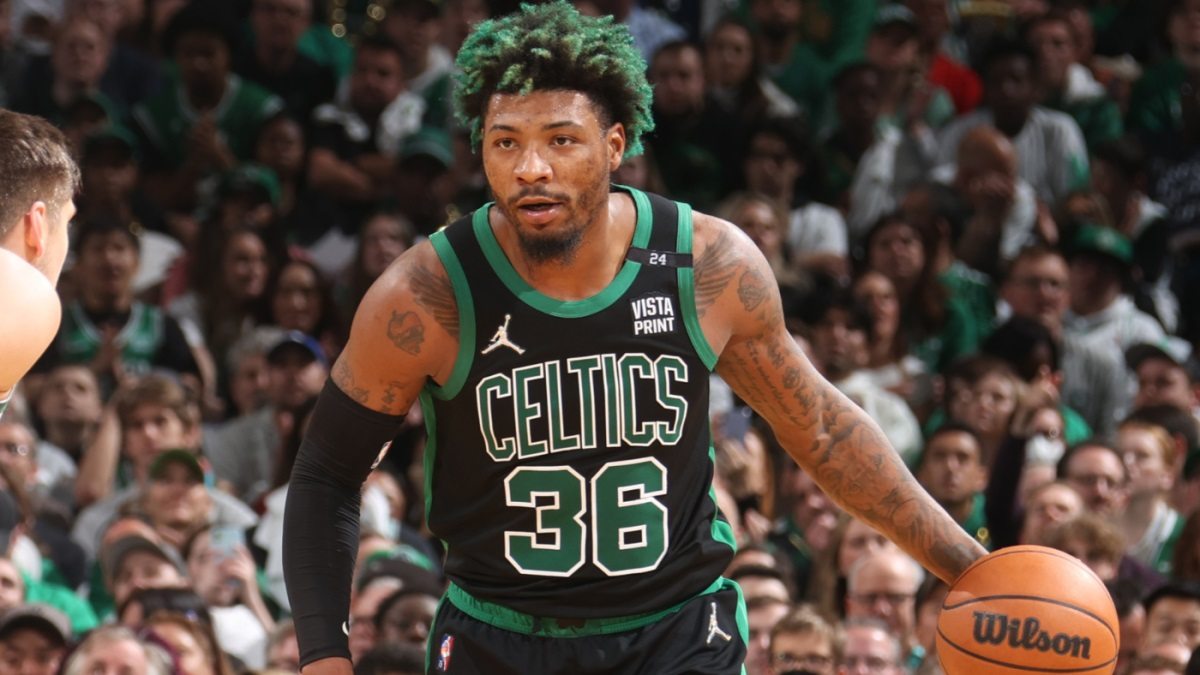 Marcus Smart from the Boston Celtics suffered a quad injury during Game 1 of the Eastern Conference Semifinals against the Milwaukee Bucks. (Image: Getty)

Shams Charania from The Athletic broke the news that Smart is out for Game 2 with a thigh contusion. The Celtics initially listed Smart as questionable with a quad injury heading into Game 2.

The Celtics trail the Bucks 1-0 after losing Game 1 on Sunday 101-89 in Boston thanks to a triple-double from the Greek Freak. Smart suffered a stinger injury on his right arm late in the second quarter and exited the game for a bit before returning in the second half. He logged 33 minutes in Game 1 and scored 10 points while dishing six assists in the loss.

The Celtics were -5 favorites in Game 2 this morning, but the line moved a full point to -4 after Charania tweeted about Smart.

Celtics say Marcus Smart is OUT for Game 2 vs. Bucks due to thigh contusion.

Smart Out, Derrick White Next Man Up

Apparently, Smart did not respond to treatments to his thigh injury, so he was a late-minute scratch on Tuesday. Back in January, Smart missed six games with a quad injury on the same thigh.

“It’s something that’s going to be stiff,” said Udoka. “He got hit twice there. He had this in the past obviously where he missed games this year. So it’s more than just pain tolerance. It’s tightness and restriction of movement as well.”

Smart was the first guard to win NBA Defensive Player of the Year since Gary Payton won DPOY in 1996. He’s the anchor of Boston’s top-rated defense that aggressively switches on screens and pick-and-rolls.

During the regular season, Smart averaged 12.1 points, 5.9 assists, and 3.8 rebounds per game. In the first-round sweep of the Brooklyn Nets, Smart averaged 16.5 points, 7.0 assists, 4.0 rebounds, and 1.3 steals per game. He also did a stellar job keeping Kyrie Irving in check.