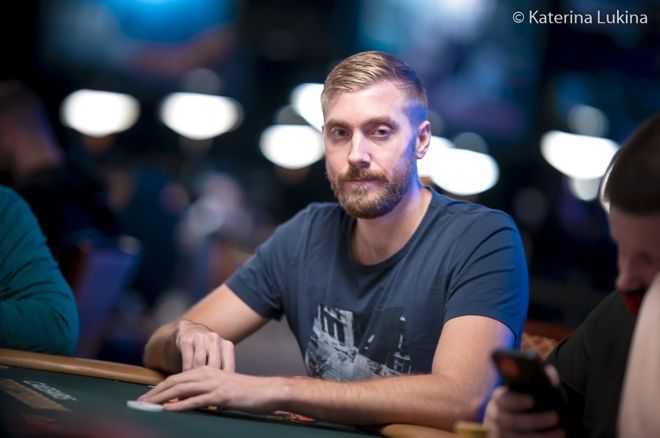 Event #2: $600 Monster Stack saw Manig ”Ohio77” Loeser win his first bracelet in the second event of summer 2021. Now in 2022, he’s giving us deja vu by winning Event #2 of the online series of events at this years WSOP. Shall we call Event #2 in future The Loeser Open?

It was not an easy feat for Loeser, who, with a very short stack at times, had to pick his spots precisely and carefully. There were a lot of flips and action throughout the final table but watching the action, you could get the sense of the composure the German native shows when playing live events across the world. There were countless chip ups and chip downs for Loese; there were multiple times when he was at risk but survived.

Next was Brandon “BMueller” Mueller in eighth, who got it in crushed against none other than ”omahabrian” again. No improvements were made and it was good game sir.

of ”yumyumm” and was having to settle for seventh place.

Sixth went to Louie ”xILoUieIx” Torres whose final table was pretty swingy. However, that was the same for everyone who finished in first through eighth place. He fell to ”omahabrian” too and the final table was were down to five.

Five-handed play took a little longer, as stacks got very even and no one wanted to bust. Eventually ”yumyummm” took one for the team and was unfortunate to run

Hewitt was the next in line, not able to hold up with the straight against a flush draw when all-in with one card to come. He had to settle for just under $42,000 and fourth place.

Three-handed play did mix up stacks quite a lot, “tzinhoo” was the one to bust but our eventual winner, Loeser, was the shortest stack initially. ”omahabrian” then took took a little dent to their stack. In the end, tzinhoo lost two big hands with

of Loeser and then to ”omahabrian” and his pocket

Heads-up began at around 4:00 a.m. local time and Loeser got the job done in by getting his opponent ”omahabrian” to pay him off, top pair versus second pair to net the victory. Loeser’s win pockets him a tidy $127,152.72 and his second bracelet.

Look out for Loeser on the live and online felt during the remainder of the 2022 WSOP, as his spirits will be riding high after this win. There are plenty of events on WSOP Online to be won, or stop by Bally’s and Paris Casino’s for all the action this summer.