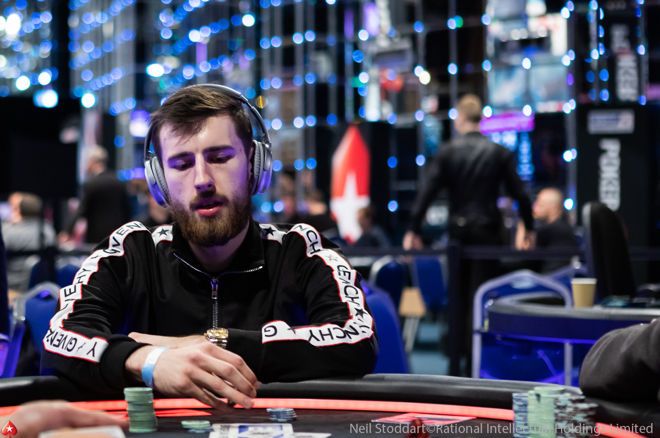 It took half an hour of jostling for position before the final table lost its first player. Brazil’s Dennys Ramos found pocket kings in the cutoff and he min-raised to 80,000. Chris Klodnicki, who had earlier been sat out, three-bet to 271,100 from the small blind with king-queen, only for Ramos to come back at him with a four-bet to 462,200. Klodnicki jammed for 1,163,256 in total, and Ramos snap-called. The kings held and Klodnicki was gone.

A couple of hands later, Andrei “Mr-Doberman” Nikonorov was heading for the showers after missing a draw. The action folded to Ramos in middle position and he picked up pocket aces. Ramos min-raised to 80,000 and only Nikonorov called, doing so from the big blind with queen-eight of clubs. The nine-jack-trey flop fell with two clubs. Nikonorov checke-raised a 112,000 continuation bet to 334,000, and Ramos piled it in. Nikonorov called off the 449,883 chips he had behind and busted when the turn and river bricked out. 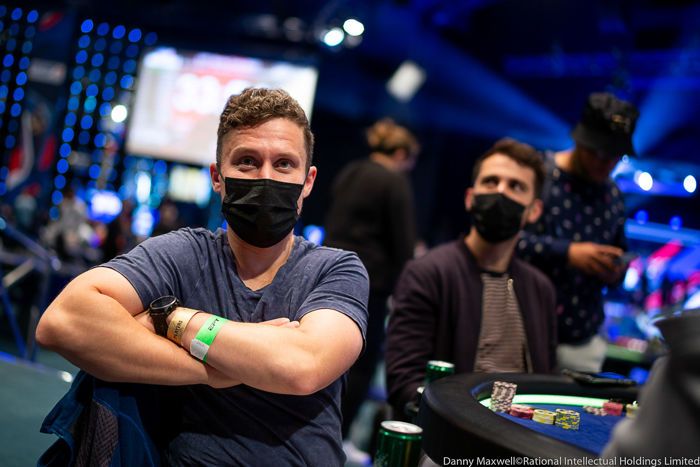 Daniel Dvoress started in ninth place and fell in seventh

Seventh place went to Daniel Dvoress who sat down at the final table with the shortest stack. Dvoress made it 212,000 to go with king-queen from late position, leaving himself only 307,337 chip behind. Those chips went into the middle when Diego “Ushuaia1” Zeiter jammed all-in for 556,406 from the small blind with what turned out to be ace-king. An ace on the flop proved enough to send Dvoress to the rail.

The final six became five when Zeiter joined the list of busted players almost exactly an hour after Dvoress crashed and burned. From the button, Ramos raised three-times the big blind with 240,000 with ace-seven, and Zeiter called from the big blind with queen-jack, although calling left him with a meagre stack of 395,482 chips. A ten-king-six flop gave Zeiter an open-ended straight draw and it was odds-on that his stack would end up in the middle of the felt. That is what happened when he check-called all-in. Neither the turn nor river came to Zeiter’s rescue and he headed into the night with the tournament’s last five-figure score.

Ramos’s impressive or a wrecking ball continued a couple of hands later when he open-shoved from the cutoff with king-seven of diamonds for 18 big blinds effective, and “Mr_Jiben” called all-in for 1,048,314 chips from the big blind with the dominating king-queen. The nine-five-trey flop was followed by a four and a six to gift Ramos the most unlikely of straights. Ramos now held more than 7.4 million chips with, over 1.5 times the total stacks of his three remaining opponents. 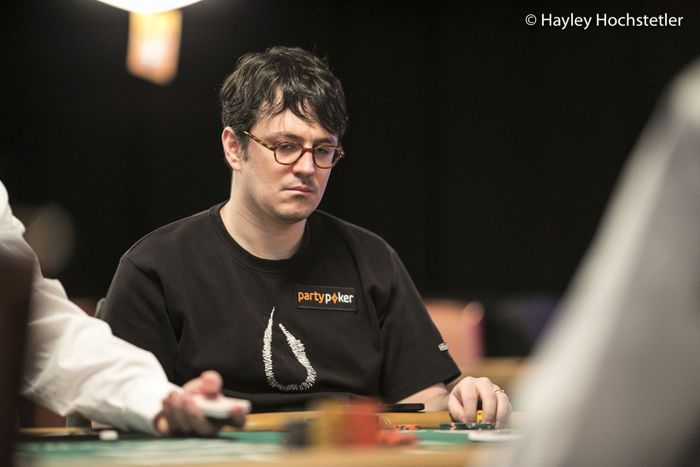 Malinowski double through Haxton to start his impressive comeback

Malinowski was the shortest stack when four-handed play began; his stack was only nine big blinds. Malinowski doubled through Isaac Haxton with kings versus tens, which kickstarted the Pole’s comeback.

Malinowski bolstered his stack when Denis Peganov open-shoved for 958,508 from the button with ace-deuce, and Malinowski looked him up with pocket tens in the small blind. The five community cards ran void of drama, and the Super MILLION$ was down to only three players.

Ramos went into the one-on-one clash with Malinowski holding what looked, on paper at least, to be an unassailable lead of 11,000,964 to 1,599,036. Malinowski is not a player to simply roll over and let his opponents do what they like. Malinowski began chipping away at Ramos’ stack and was almost level within 15 minutes of heads-up play.

Malinowski put on a heads-up clinic and ran out a deserved champion for the third time in this event, even if the he rode his luck in the final hand. Ramos limped for 200,000 on the button with nine-seven, Malinowski raised to 700,000 with king-jack of hearts, and Ramos called. The flop fell deuce-deuce-nine, Malinowski led for 435,000, Ramos responded with a raise to 1,070,000, which Malinowski moved all-in over the top of. Ramos called off the 2,065,112 chips he’d not already committed only for a king to appear on the turn. A river queen busted Ramos in second place and crowned Malinowski the Super MILLION$ champion for the third time.