Lyon announced the signing of Alexandre Lacazette on a three-year contract. The striker left Lyon five years ago to join Arsenal. The 31-year-old ran out of his deal at the Emirates this summer.

“The General is Back” – Lyon wrote on banners throughout the city to mark Lacazette’s return at the club. (Image: Twitter/OL)

Lacazette is a Lyon hero. In his previous spell at the club, he netted 100 goals in 203 games. Lacazette broke into Lyon’s first team in 2010.

Arsenal confirmed earlier this month that Lacazette’s contract will not be ne renewed. The Frenchman scored 71 goals in over 200 games for the North London club. 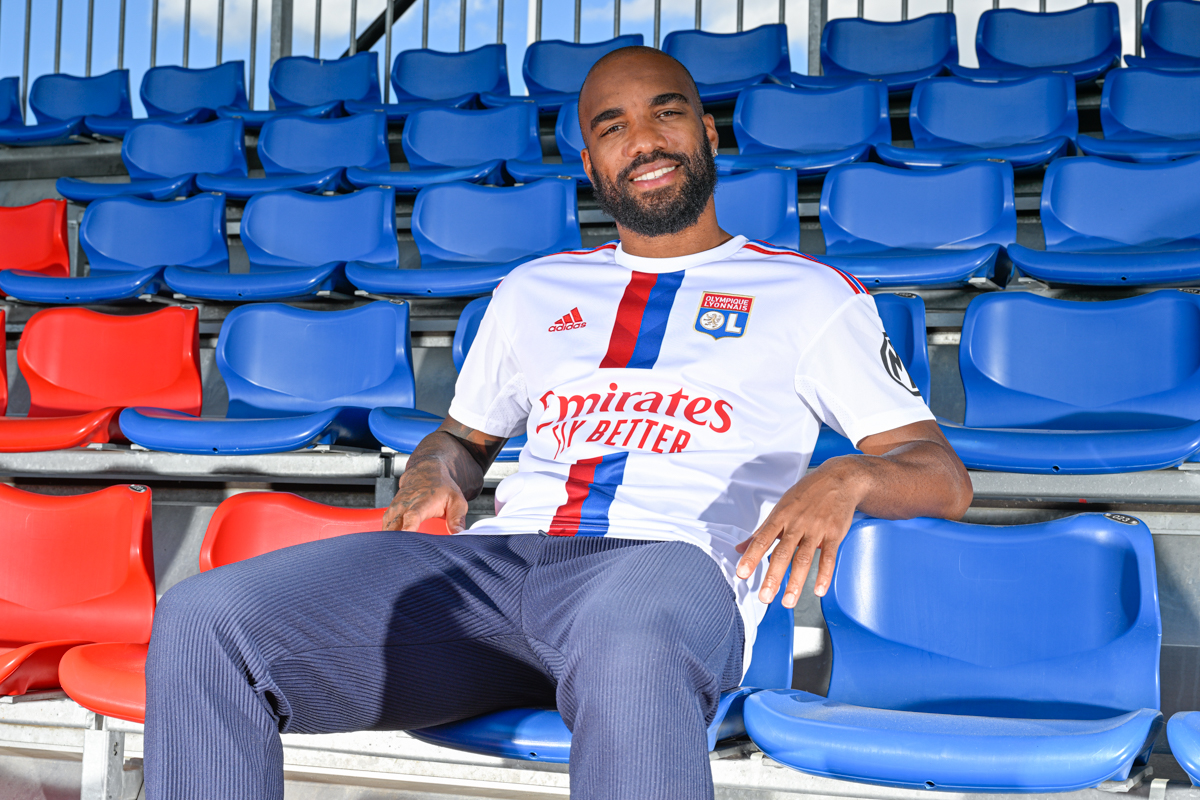 Lacazette penned a contract until 2025 with Lyon. He joined as a free agent after his deal with Arsenal came to an end. (Image: Twitter/OL)

“Lacazette has been the club’s priority for many months and he fits in perfectly with the environment and the new strategy that the institution wishes to put into place,” Lyon said in a statement.

“His second arrival, after the return of Rémy Riou and the extension to Maxence Caqueret and Anthony Lopes’ contracts shows the great ambition to breathe new life into a new dynamic around the men’s professional team,” the message added.

How are the Ligue 1 title odds impacted by Lacazette’s transfer?

Lyon finished eighth in last season’s standings but are considered third favorites to win the Ligue 1 title next year, only behind Paris Saint-Germain and Marseille. Lyon sits at +1400 in the odds race, with Marseille at +1100. The bookies don’t see PSG being bothered during the next campaign after their authoritarian win this year. The Paris giants sit at -1000 to triumph in 2023. PSG are on the hunt for a new manager, but the uncertainty around the technical bench doesn’t seem to trouble the odds at all.

Fancy a bet on the outsiders? Troyes, Lorient and Clermont Foot are all at +200000 to lift the Ligue 1 trophy.

PSG won the league in four of the last five seasons. Only Lille bothered them at the top in 2021, when Paris finished second.

Most goals scored for Lyon in a Ligue 1 season since 2000:

Heading back to where it all began.💪 pic.twitter.com/ehoRoaloh3