Big man Mitchell Robinson became the first drafted player in 28 years to sign a rookie contract extension with the New York Knicks and he snapped the dreaded “Charlie Ward Curse” after agreeing to a new four-year deal worth $60 million. 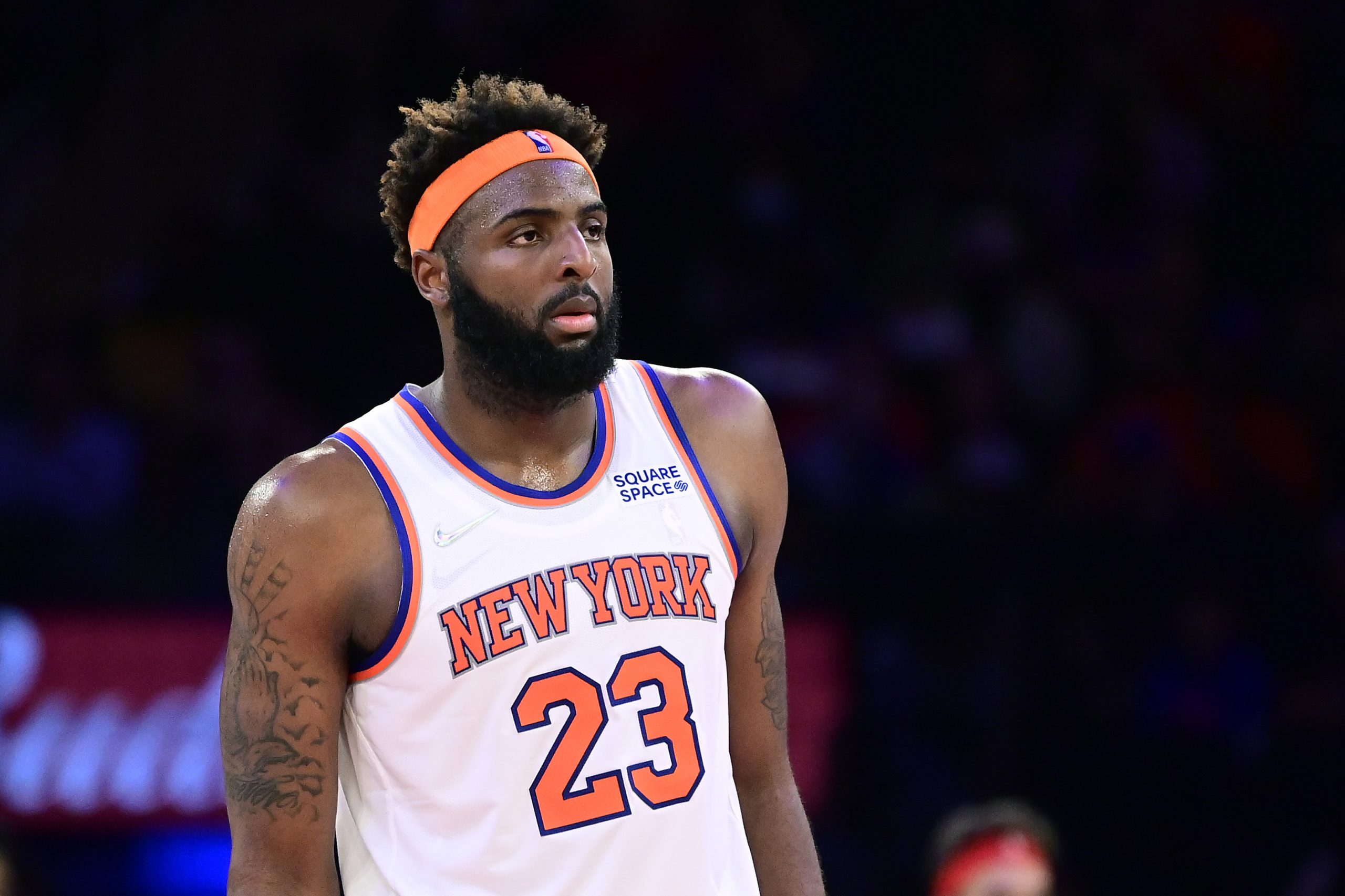 Center Mitchell Robinson from the New York Knicks has been one of their best defenders since getting drafted in 2018. (Image: Steve Ryan/Getty)

Charlie Ward, a point guard with the Knicks in the 1990s, was the last player to remain with the Knicks and sign a second contract after his initial first rookie contract.

Ward was a standout college football player at Florida State who won the Heisman Trophy in 1993. He played multiple sports at FSU and also was the starting point guard on their basketball team. He pivoted to pro hoops because he was undersized to play quarterback in the NFL in the 1990s at 6-foot-2. These days, Ward could’ve had a shot at playing in the NFL with teams not shying away from smaller quarterbacks like Russell Wilson and Kyler Murray.

Ward’s football experience made him a perfect role player for the rough and tumble Knicks in the early 1990s. The Knicks selected Ward with a late first round pick in 1994.

When he’s healthy, the 7-foot Robinson provides the Knicks with a top-notch rim protector. In 72 games last season — which marked a career high — Robinson averaged 8.5 points, 8.6 rebounds, and 1.8 block per game. He started 62 games and posted an impressive 20.78 PER.

The efficient Robinson connected on 72.2% of his shots last season. He doesn’t shoot much, but when he does, he’s hitting putback shots off of offensive rebounds and high-percentage shots in the lane. He averages 72.2% overall during his four seasons with the Knicks.

Free-throw shooting is Robinson’s Achilles heel. He connected on a career-low 48.6% from the charity stripe last season, but thankfully he doesn’t get to the line much. Overall, he’s a 54% career free-throw shooter.

Head coach Tom Thibodeau loves Robinson because of his defense. He’s like the defensive anchor on the court and allows the wings to play aggressive on the perimeter because Robinson is always there to bail them out.

No matter whom the Knicks drafted since 1994, they did not re-up when it came time to sit down to negotiate a second contract. This is a combination of bad drafts, poor player development, lackluster scouting, terrible general managers, and overall toxicity at the workplace.

Since the millennium, any halfway decent players got the heck out of dodge because they did not want to play under team owner James Dolan. At the same time, the Knicks did not help themselves with insulting contract offers. This has been dubbed the ‘Charlie Ward Curse’ and it took nearly three decades before someone ended the hex.

The Knicks gambled on several prospects in recent years that never panned out including Kristaps Porzingis, Frank Ntilikina, Kevin Knox, and Jordan Hill.

We can even go deeper to the late 1990s and bring up the name Frederic Weis, which still gives many Knicks fans PTSD. The Knicks selected Weiss from France with the #15 overall pick in the 1999 NBA Draft as their heir-apparent to Patrick Ewing. Weiss never played a minute in the NBA and the Knicks squandered a first-round pick.

Knicks fans wanted the team to select the feisty Ron Artest, who grew up in Queensbridge and played his collegiate ball at St. John’s. If the Knicks wanted to pick a foreign player, they missed the boat completely with Weis and should’ve selected Manu Ginobili instead.