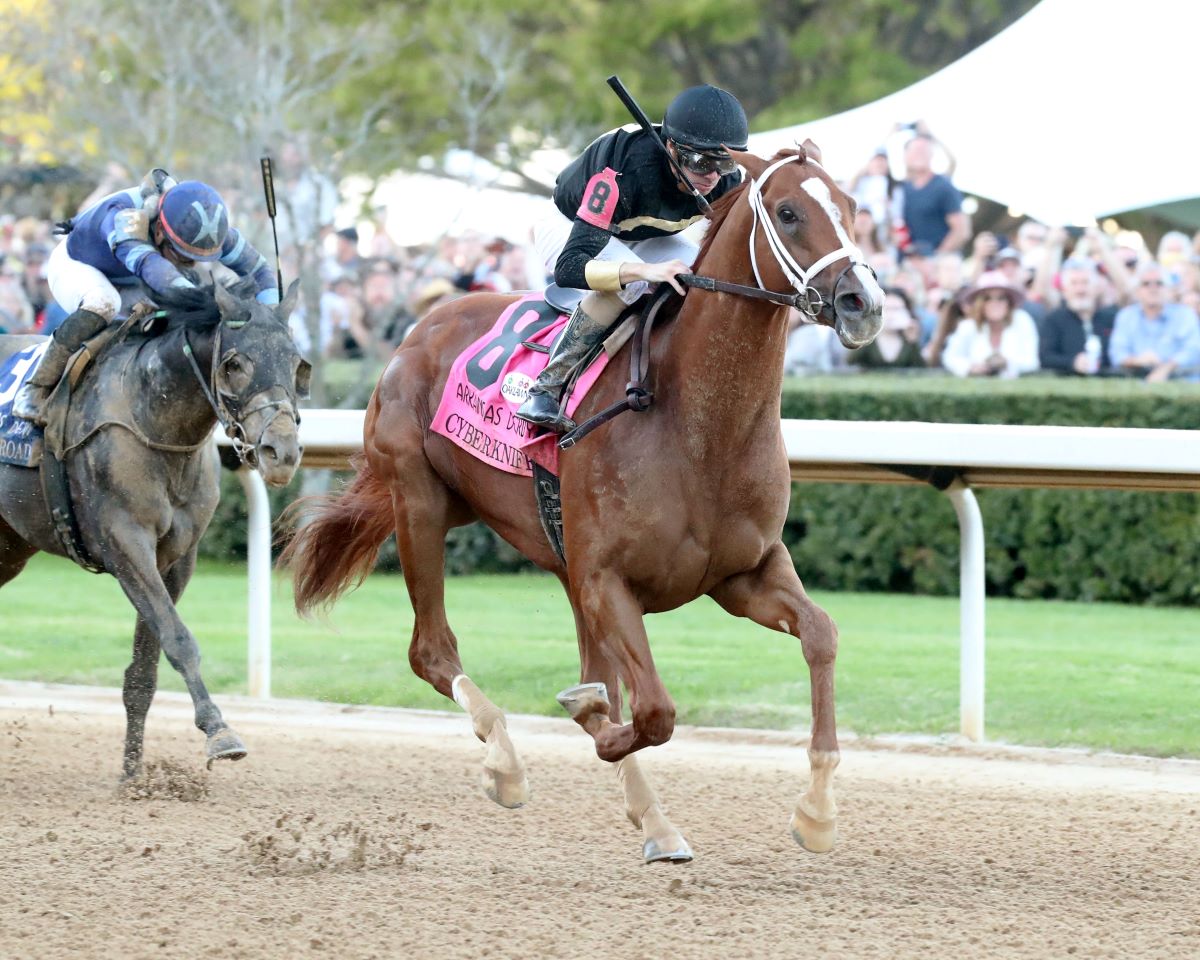 Next week brings us the practical end of the Derby trail. The Grade 1 Santa Anita Derby, Grade 1 Blue Grass Stakes at Keeneland and the Grade 2 Wood Memorial at Aqueduct wrap up the 170-point Derby prep races.

As of Sunday, the points cutoff for the 20-horse Derby field is 21. Here’s a look at what this weekend’s Derby prep races taught us about several key horses.

Say “hello” to one of the front-row Derby contenders as you say “hello” to a colt who could give Saffie Joseph Jr. his first Derby victory. White Abarrio validated his 4 ½-length Holy Bull victory with a gritty 1 ½-length score in Gulfstream Park’s marquee 3-year-old race. The Florida Derby victory made the Race Day colt 4-for-4 at Gulfstream and 4-for-5 overall. His only loss came at Churchill Downs to Smile Happy and Classic Causeway in last fall’s Kentucky Jockey Club. It also gave jockey Tyler Gaffalione his fifth victory on Saturday’s card.

“Once he comes out good and all being well, we’re going to go to Churchill and keep dreaming,” Joseph said after the race.

Aside from paying $13.60 for a $2 bet, the victory illustrated once again why Cox is one of the world’s best trainers. After Cyberknife finished a poor sixth in January’s Grade 3 Lecomte, Cox sent Cyberknife into an allowance sans blinkers.That three-length victory as the 9/5 favorite set Cyberknife up perfectly for his Arkansas Derby score. Geroux said he wasn’t even at 100%, zig-zagging down the stretch. But Cox was happy with a victory over a pretty good field.

We know one thing about Tiz the Bomb. He likes Tapeta. He illustrated this in living color once again with a 2 ¼-length victory in the Grade 3 Jeff Ruby Steaks. Combined with his victory in the March 5 John Battaglia Memorial Stakes, Tiz the Bomb has plenty of love for plastic.

Whether he loves dirt or not remains to be seen. Tiz the Bomb finished seventh in the Holy Bull in his 3-year-old debut. Trainer Kenny McPeek talked about taking Tiz the Bomb to the UK for that country’s 3-year-old classics. Safe points aside, McPeek may opt running him on turf in the 2,000 Guineas.

Here’s your poster child for grinding your way into the Derby. In four Oaklawn Derby preps, Barber Road finished second (Smarty Jones), second (Southwest), third (Rebel) and second (Arkansas Derby). That runner up finish in the Arkansas Derby brought him 40 points and a spot in the Churchill Downs starting gate. Barber Road has never finished worse than fourth in eight career races (2-4-1), but his speed figures need a significant boost to put him in the Derby mix.

If anyone had their Derby prep bubble popped, it was Classic Causeway. He came into the Florida Derby as the 3.70/1 third favorite, courtesy of his front-running victories in the Sam F. Davis and Tampa Bay Derby. He came out of it as a shell-shocked question mark, courtesy of his last-place finish by 21 ¼ lengths. That front-running style broke down after he set the pace through the first half-mile. Classic Causeway’s Equibase Speed Figure regressed from 104 in both his two Derby prep victories to 69.

Now, the Derby may regress from view. Trainer Brian Lynch told Horse Racing Nation they are going to regroup and evaluate where Classic Causeway is in terms of health and form before committing to a guaranteed Derby spot.

Another would-be Derby prospect meeting a rude awakening. The one-eyed gelding has a spot in the Derby, but finishing eighth in the Arkansas Derby at 19/1 is not the ideal Derby prep springboard. Not that Un Ojo’s speed figures are scaring anyone; he regressed from a career-best 91 Equibase in his Rebel Stakes win to a 73 Saturday. And his non-factor run in the Arkansas Derby, where he was never better than seventh and finished 14 ¼ lengths behind Cyberknife, means he’s likely a non-factor in the Derby.