The odds of hitting all seven races on last Friday’s Royal Ascot card were 122,889/1, according to William Hill. And yet, two horseplayers on opposite ends of the world managed to beat those odds and hit the improbable wager. 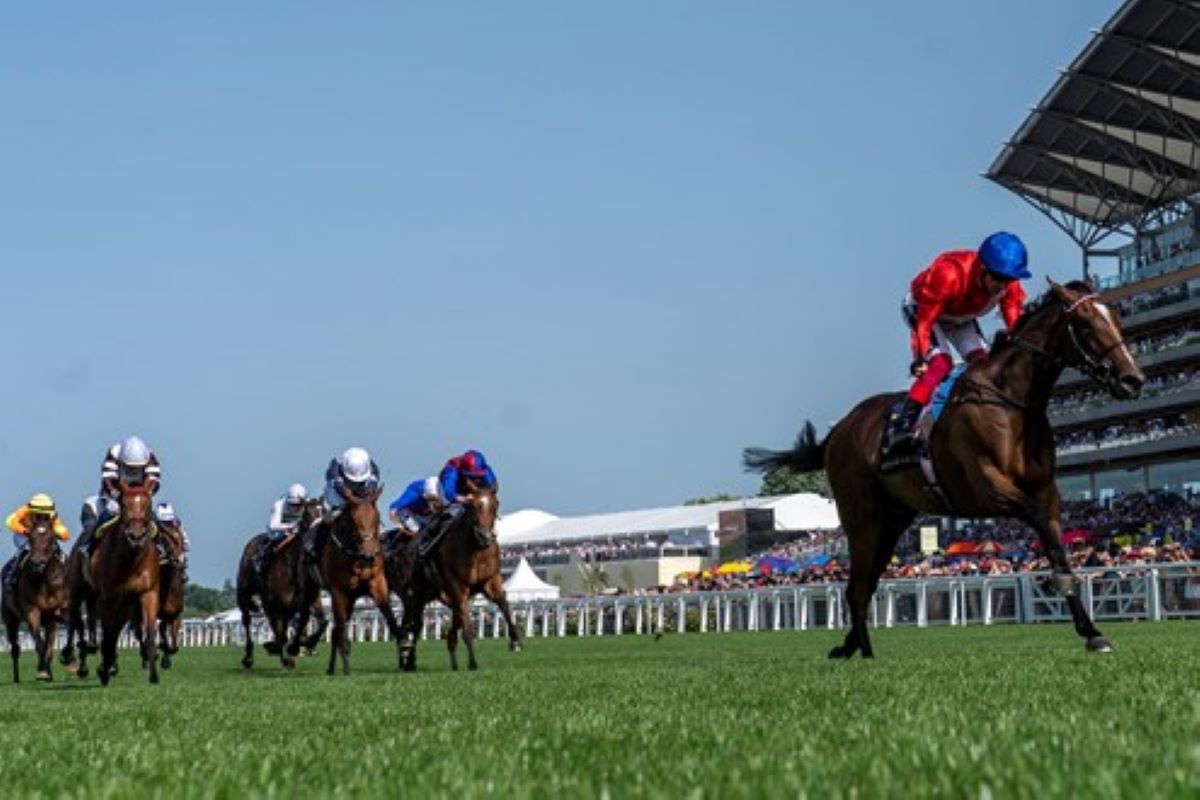 And both did it in proverbial lottery fashion. An English bettor turned £5 into £307,464 at a William Hill betting shop in Watford, north of London. Meanwhile, a New South Wales, Australia bettor parlayed $5 into $311,140, making the same wager on Sportsbet.

The bet required punters to hit all seven Royal Ascot races on the fourth day of the five-day festival. Picture North America’s Pick 6 — plus one.

“Many of our customers try going through the card at the bigger meetings like Royal Ascot or Cheltenham, but few manage it,” William Hill spokesman Tony Kenny told reporters. “However, one pulled off the incredible feat of successfully choosing all seven winners on the penultimate day of the Royal meeting at a frankly ridiculous price of 122,889/1.”

That last Royal Ascot race came with its own nervy ending. Peggy Sioux appeared to have matters in hand. But Latin Lover roared up in the final few yards, stealing the race at the wire.

For the Australian bettor, picking Latin Lover was pure dumb luck. He told Racenet that he picked the first six races based on Sportsnet’s expert tips — with a twist.

“I thought I’ll use the tips for a stupid little multi (race wager), but I’ll avoid including the top tip, thinking Sportsbet are probably pushing me in the wrong direction with the top picks. So I went through the races quickly, having a glance at the jockeys and odds.”

The only low-odds horse he went with was Inspiral, largely because ace rider Frankie Dettori was in the irons. That Dettori was 0-for-Royal Ascot 2022 going into the Coronation Cup wasn’t a factor.

As for Latin Lover, that pick came about because the Palace of Holyroodhouse featured a 28-horse field.

Yes, alcohol was involved on this Royal Ascot wager

The bettor, who said he “had a fair few beers that afternoon,” boosted his odds on Latin Lover, put his phone down, and went to sleep.

When he woke up the next morning, he grabbed his phone to see how his flier-of-a-wager went. It didn’t take long to see it took off.

An absolutely royal effort from this punter, turning $5 into $311,140 by adding 7 straight winners into a multi at #RoyalAscot on Friday night 👀 pic.twitter.com/sFUQRon4ak

“I woke up and thought I’d see how the bloody stupid bet went in the UK,” he said. “I put my glasses on, open the app and see more than $300k in the account. It’s 6 a.m., it’s dark and I start whooping and carrying on like a madman. My wife’s in a panic wanting to know what’s going on. …

No, this wasn’t a Royal Ascot dream

“There was no way I was going back to sleep, (because) I was worried if I did, I’d wake up and realize the whole thing was a bloody dream. Obviously, I didn’t watch a single race, so my new punting motto is ‘bet with your eyes closed.’”

He told racenet he has no specific plans with the money, other than to “bank most of it,” along with helping out family and friends.

“The whole thing is bloody ridiculous — I still can’t believe it,” he said.