Freddie Freeman is all but certain to land on a new team in the coming days after the Atlanta Braves traded for first baseman Matt Olson on Monday. 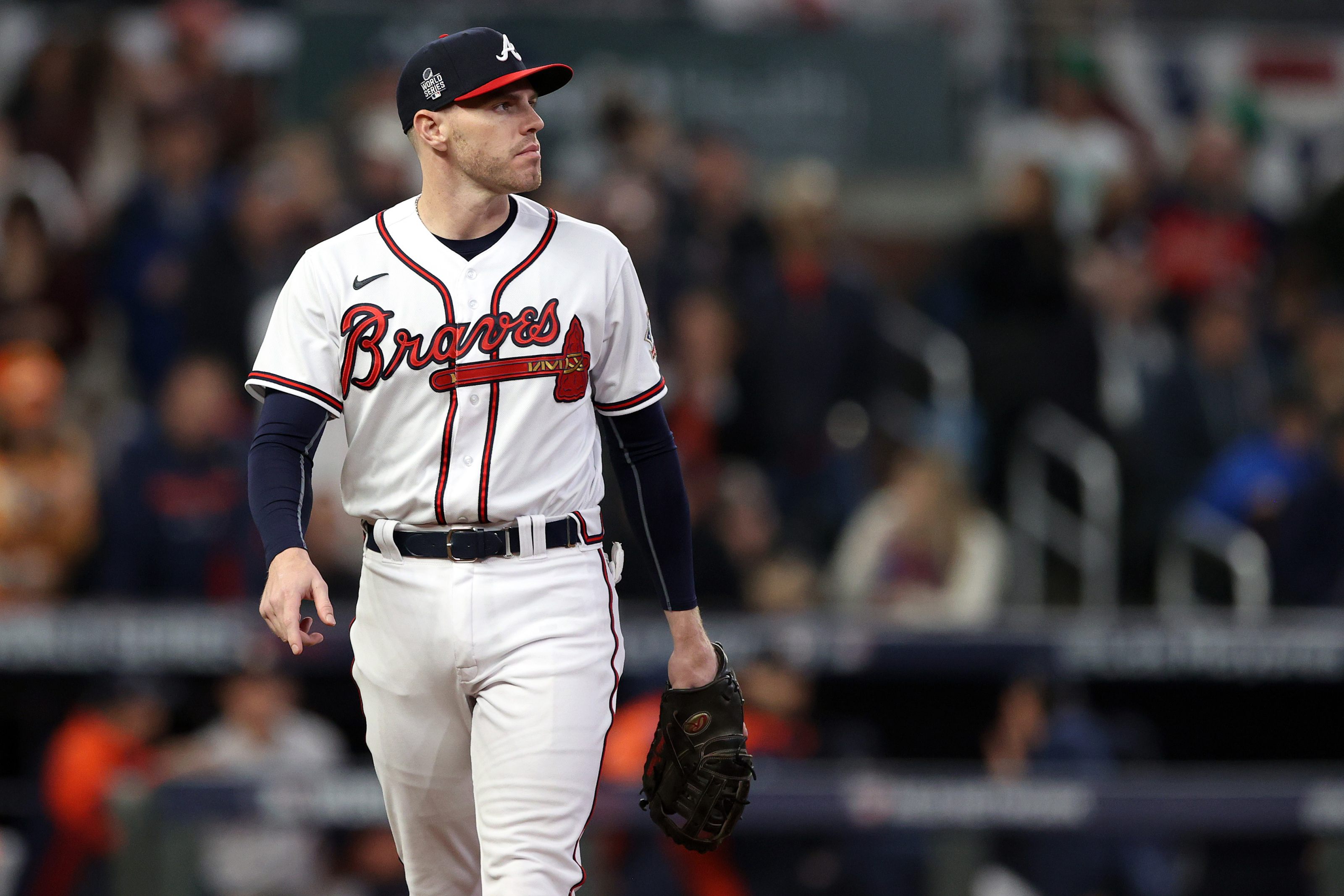 Freddie Freeman will be landing with a new team after the Atlanta Braves traded for Matt Olson on Monday. (Image: Elsa/Getty)

The Braves sent four prospects to the Oakland Athletics in exchange for Olson, a power bat who made his first All-Star team last season.

That means that the Braves – currently a +1300 pick to defend their World Series title at FanDuel Sportsbook – probably didn’t change their odds of picking up another championship by making this move. But the move will end a 12-year era of Freeman manning first base in Atlanta, one that had spanned his entire career thus far.

Braves fans loved Freeman, and he was strongly associated with the franchise, making the move for Olson about far more than swapping one superstar hitter for another.

“This was the hardest transaction I’ve ever had to make,” Braves general manager Alex Anthopoulos told reporters.

Olson is just 27 years old, and is arguably an upgrade defensively. In other words, the Braves may improve slightly due to the move, though there are always questions over chemistry when losing a key player. Freeman also has a longer track record of success than Olson.

Prior to the Olson trade, many Braves players spoke out about wanting to keep Freeman on the team.

The question now becomes where Freeman will land in the shortened hot stove season before Opening Day. While most experts expected Freeman to stick with the Braves, it was clear that other teams would put in offers for the first baseman, and there are several rumors that could hint at his eventual destination.

The Los Angeles Dodgers appear to be the clubhouse favorite. Freeman grew up rooting for the Dodgers, and his wife recently dropped an Instagram post on her “Chelsea Freeman Collection” fashion page that included Dodger Stadium in the background. Combine those clues with the fact that the Dodgers should be able to match any other offer, and Freeman may be sporting blue this season.

The Toronto Blue Jays have also aggressively pursued Freeman, who has family ties to Ontario and holds dual citizenship in the United States and Canada. Meanwhile, the Tampa Bay Rays and New York Yankees are also interested in signing Freeman, who represents an upgrade at first base for almost any team.

The Braves have plenty to look forward to in 2022 even with Freeman on the roster. Beyond adding Olson, Atlanta expects to have young star outfielder Ronald Acuna Jr. back early in the season. The team has said he should be playing by May, though Acuna says he’d like to come back from his torn ACL even sooner.

“If it was up to me, I’d say I’d be ready for Opening Day,” Acuna told reporters. “But we all know it’s not my decision. So either way, I’m just going to be ready.”