Oleksandr Sukhenko and his parents were kidnapped by Russian troops, then found dead outside Motyzhyn, a village situated 31 miles west of the Ukrainian capital Kyiv. 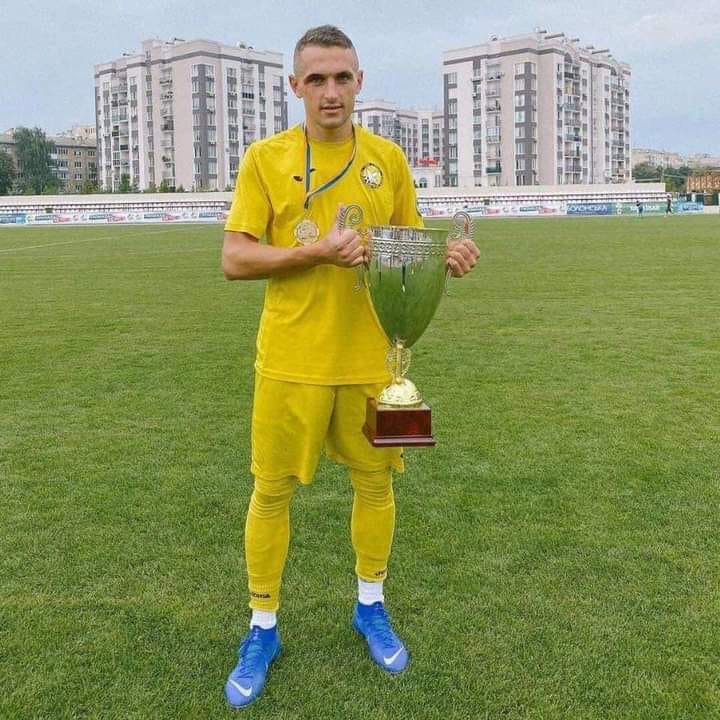 The 25-year-old striker was one of around 30 civilians whose bodies were found in a shallow grave discovered in a forest after the Ukrainian forces recaptured the village.

Together with the Ukrainian player union @AUAPFP, we are mourning the loss of 25-year-old former Ukrainian football player and member, Oleksandr Sukhenko, who was reportedly killed with his mother and father in Motyzhyn, a town west of Kyiv.

May they rest in peace. pic.twitter.com/7GrGLA93UE

“We are mourning the loss of 25-year-old former Ukrainian football player and member, Oleksandr Sukhenko, who was reportedly killed with his mother and father in Motyzhyn, a town west of Kyiv. May they rest in peace,” the union’s message on Twitter read.

“There have been Russian occupiers here. They tortured and murdered the whole family of the village head,” said Anton Herashchenko, a Ukrainian Internal Affairs official, about the atrocities the Sukhenko family suffered.

Igor, the player’s father, was also involved in football, leading the rural club Kolos. Oleksandr helped many escape the village after the Russian troops invaded. The forward last played for regional club Kudrivka but had reached the second tier when he was wearing SK Chayka’s colors.

The inhabitants of Bucha, another town near Kyiv, have been tortured and killed, with mass graves being found after the place was retaken from Russian troops. The Kremlin denied any accusations related to the murder of civilians in Bucha.

“This information must be seriously questioned,” Putin’s spokesperson Dmitry Peskov told reporters. “From what we have seen, our experts have identified signs of video falsification and other fakes.”

“This is my second family, they helped people to the end, carried medicines, groceries. They were taken from their own house,” revealed Daria Belenitsyna about the Sukhenko family, also saying that Oleksandr was left without his phone and car by the Russian troops.

Sukhenko is not the first football player to be killed since Russia’s invasion started, with at least two others losing their lives.