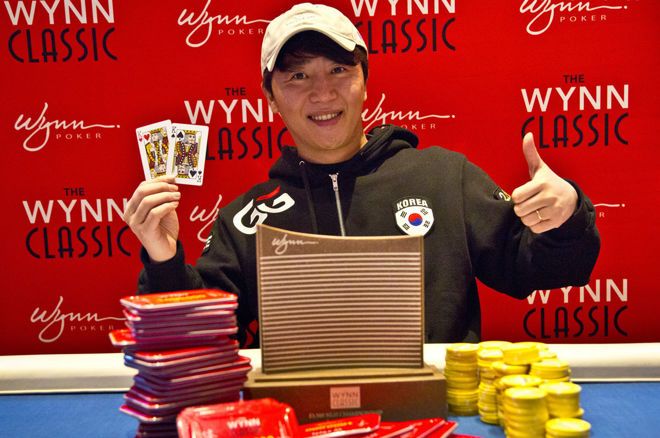 “I feel great,” said Hong when asked what the win meant to him. “I have been to Vegas three times and this is the time I actually got some results”.

This tournament was not the primary reason for Hong’s visit, who says he now has his eyes set on loftier goals. “Hopefully this win will lead to another win in the WSOP Main Event,” he said. “I’m going to go for the bracelet”.

Hong attributes much of his recent success in poker to his background as a gamer, specifically playing Starcraft.

“I think it’s definitely helped being a pro-gamer because it requires a lot of multi-tasking,” He points to other successful poker pros such as Bertrand “ElkY” Grospellier, who first played Starcraft before transitioning into poker as examples of what he sees as a wider trend.

With a number of short stacks coming into the day, it was no surprise that play began fast-paced with a slew of eliminations in the first couple of levels including Michael Rossitto (22nd – $30,483), Terence Reid (16th-$40,068) and Nicolas Noguera (15th – $46,159). Once stacks had flattened out somewhat and pay jumps became a bigger consideration, that pace slowed down considerably. Still, the final table of nine was set before the dinner break when Yuki Kashihara (10th – $61,950) got the rest of his chips in with a dominated ace against Hong and failed to improve. 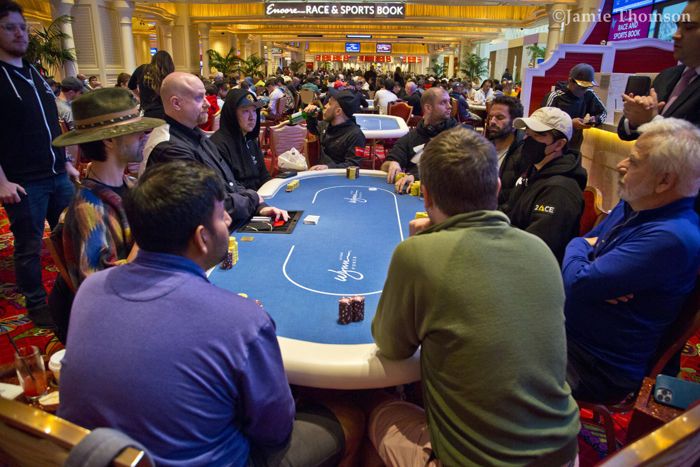 A look at the final table.

Jampa Dothar was one of the shorter stacks coming into the final table and ultimately fell when his ace-jack could not overcome Hong’s cowboys. German online phenom Daniel Smiljkovic was the next to go, first losing the majority of his stack when, in a blind-on-blind confrontation, his pocket threes could not improve against James Romero’s pocket tens, and then hitting the rail after running his remaining stack into Diego Sanchez’s rockets.

Just a couple of hands later, Stephan Nussrallah hit the rail after losing a flip against Moreno. At that point, the remaining six players discussed a deal but no consensus could be reached and so play continued.

What followed was one of the major turning points at the final table and in the tournament in general. Romero and Hong got their two large stacks all in preflop in a classic race with Hong’s ladies holding against Romero’s Big Slick to propel the Korean into a massive chip lead while sending Romero home.

Soon after that huge confrontation, Arsenii Karmatckii was rivered by Moreno and as a result was forced to the exit. Following the Russian’s elimination, deal negotiations resumed but as before, no agreement was reached. 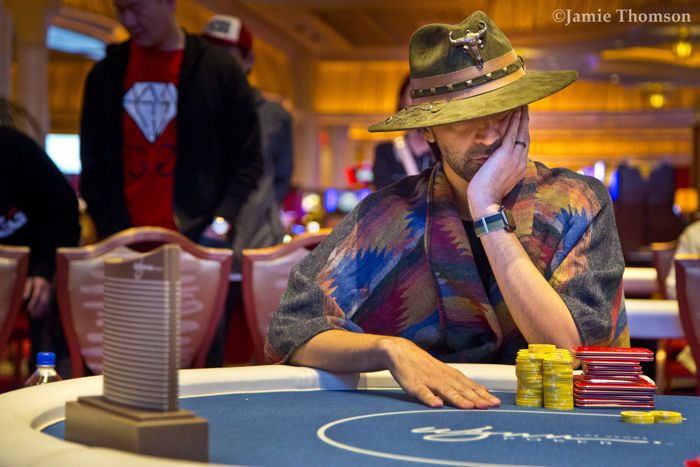 The short-stacked Ankush Mandavia was the next to fall, getting most of his chips in preflop with pocket sixes against Moreno, who held ace-ten and ended up turning a full house to force Mandavia out of the tournament in fourth.

Three-handed play continued for quite some time with Sanchez, who began and consistently remained the short stack, repeatedly finding ways to survive, most notably when his ace-six put a beat on Hong’s pocket tens. His luck did eventually run out, however, when he lost a flip for the rest of his stack against Moreno.

Moreno entered heads-up play with a nearly 2:1 chip advantage. That did not seem to bother Hong, who gradually wore away at Moreno’s stack. It was mostly a battle of attrition, with the two settling into exchanging many small pots. With the blinds ever-increasing, eventually, something had to give and that happened when Moreno got the rest of his chips into the middle with bottom pair on the flop only to see Hong turn over pocket kings for the overpair. The kings held, handing Hong victory and his largest-ever live cash. Moreno, meanwhile, was forced to settle for a not too shabby $460,529 consolation prize. 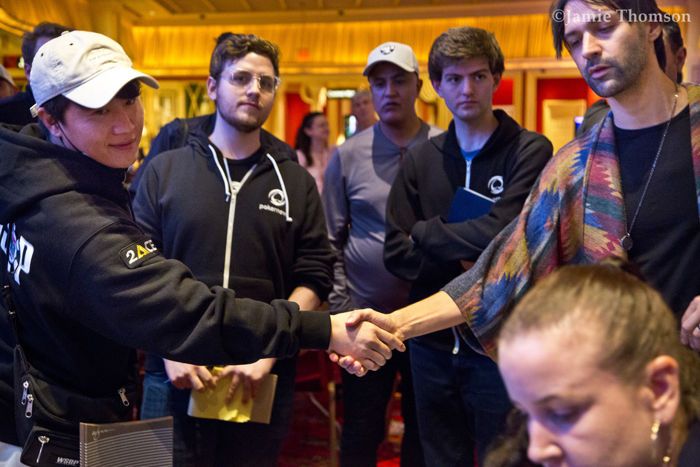 Congratulations to Jinho Hong on winning the Wynn Summer Classic $3,500 NLH Championship. The 2022 Wynn Summer Classic continues — click here for a look at the remaining schedule — and PokerNews will return on July 17 to offer live updates from the $1,600 Mystery Bounty.