There was Chad Brown with Jack Christopher, standing in the Churchill Downs winner’s circle on the first Saturday in May. Just the way the four-time Eclipse Award winning trainer drew it up with the standout colt. 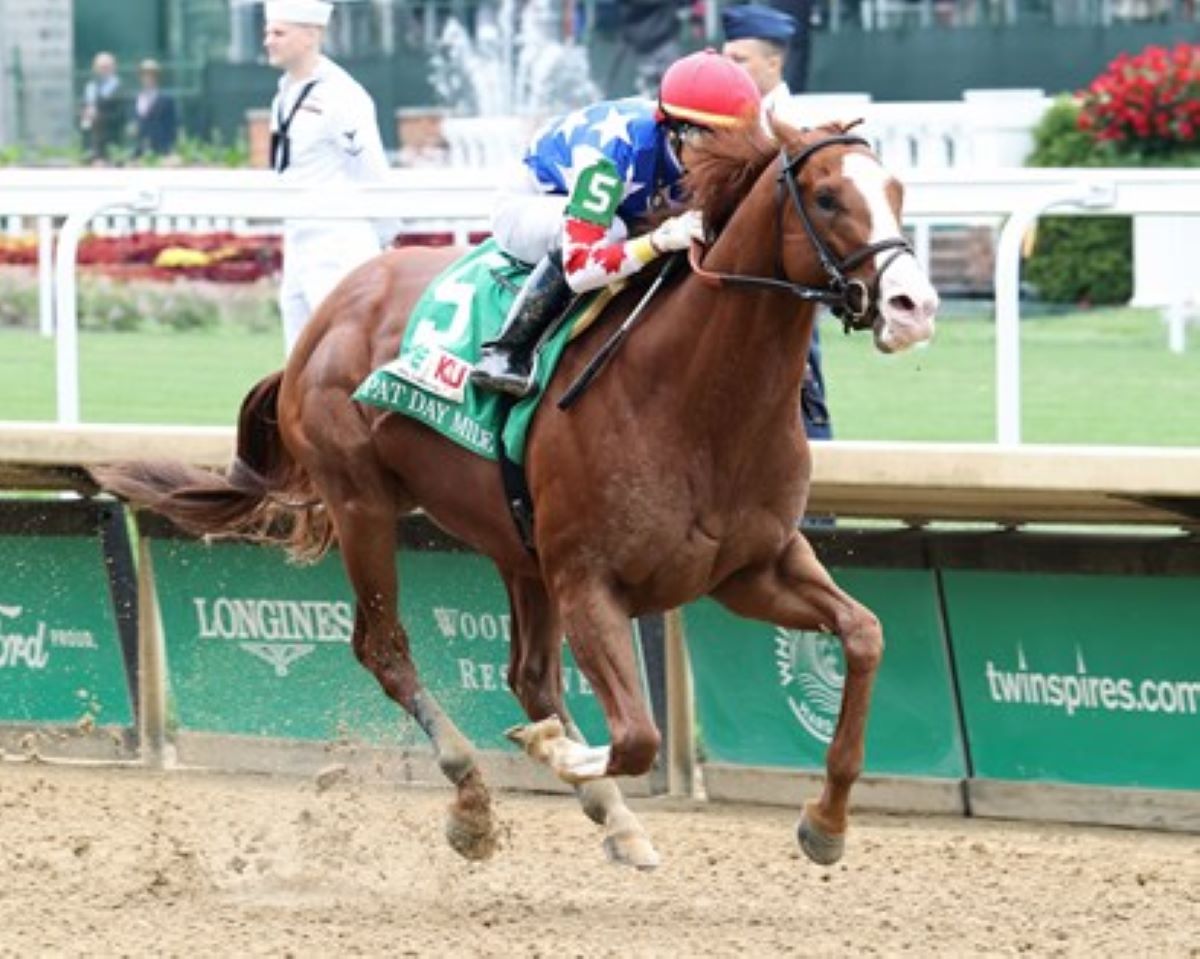 Brown and Jack Christopher were in the winner’s circle, not for the Kentucky Derby, but for the Grade 2 Pat Day Mile. That race, on Saturday’s Derby undercard, is generally for one-time Derby prospects who either couldn’t handle the 1 1/4-mile distance, couldn’t garner enough points or otherwise fell off the Derby trail.

That latter category described Jack Christopher’s situation. Last fall, after Jack Christopher captured the Grade 1 Champagne at Belmont Park, he was considered the top Derby prospect in the country. He was the presumptive favorite for the Breeders’ Cup Juvenile, but scratched the day before the race due to a stress fracture in his left shin.

Even though he was Circa Sports’ 32/1 Kentucky Derby future board third favorite right before Christmas, that September Champagne victory was the last time Jack Christopher ran before Saturday. Brown prudently brought him back slowly. It was obvious by February he wouldn’t be joining the Derby trail.

Jack Christopher will be fine (L Shin). Gutted for the ownership group led by the Bakke family, Liz Crow, Chad Brown’s entire team and Jose Ortiz. After an undefeated 2yo season, and a perfect month of preparation, we all know how hard it is to become a champion. See you in 2022. pic.twitter.com/P2dx8CXaZ3

So Brown went to work finding a race that checked all the boxes he wanted Jack Christopher checking. He wanted a 3-year-old graded stakes that wasn’t a sprint. He wanted a race that allowed the colt to “stretch his legs a little bit … protect him and to move him forward.”

“Coming off a layoff, you never know, especially running a mile,” Brown said after the race. “I had a really good feel, here on Derby Day. I asked a lot of him. I chose this race because I wanted him to run against this own age group, and I didn’t want to sprint the horse.”

It was the perfect spot. Jack Christopher picked up where he left off, pressing pace-settler Pappacap to the far turn. There, he drew alongside Pappacap at the top of the stretch, then went by at the three-sixteenths pole. The 3 3/4-length victory in a solid 1:34.81 kept the son of Munnings undefeated in three races.

This win made Brown think

“At the end of the day, he’s a super talented racehorse and if we can keep him on the track, we’ll see a lot of great things from him,” Brown said.

All that said, Brown remained wistful, which is understandable, given he hasn’t won a Kentucky Derby. He knows what he has now. But he knew all too well what he had last fall. And timing is everything, even when it comes to Churchill Downs winner’s circle visits.