The Phoenix Suns never showed up in Game 7 and the result was a humiliating defeat which left every fan in the Footprint Center and everyone watching the game on TV wondering what the heck happened to the Suns when they were obliterated 123-90 by the Dallas Mavs. 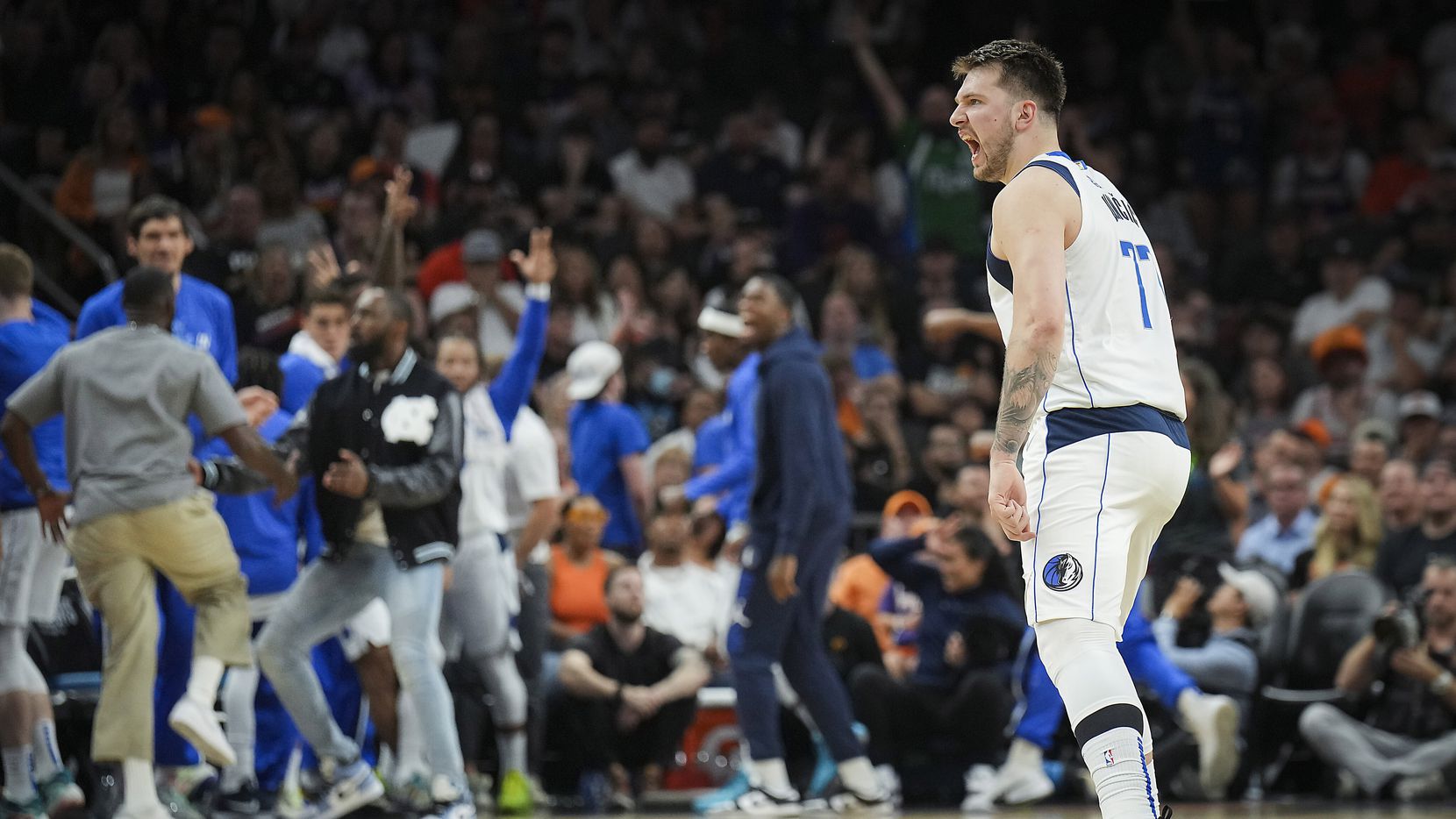 Luka Doncic and the Dallas Mavs destroyed the Phoenix Suns in Game 7 after falling behind 0-2 in the series. (Image: Getty)

The final score does not do this game justice because the entire fourth quarter was garbage time. At their lowest point, the Suns trailed by 46 points. Yes, that’s not a typo. The team with the best record in the NBA this season — with 64 wins — trailed by 46 points in Game 7 of a playoff game.

The utter shellacking sent basketball historians digging through record books. Was the Mavs/Suns humiliation was the worst ass-kicking in league history? In modern NBA terms, the 33-point loss set a record for a Game 7 and eclipsed a 27-point rout from the Boston Celtics over the Indiana Pacers in 2005. In the pre-NBA days — when it was known as the BAA in the post-WWII era — the Philadelphia Warriors destroyed the St. Louis Bombers in a 39-point defeat in 1948.

The Mavs outhustled the Suns from the opening tip in Game 7. The Suns were held to just 17 points in the first quarter and trailed by double digits. As bad as that was, the Suns scored just 10 points in the second quarter. The Mavs led 57-27 at halftime and the Suns dug their own graves with a 30-point deficit. Luka Doncic scored 27 points by himself in the first half and the entire team accounted for 27 combined when the starters were ice cold.

Head coach Monty Williams and center Deandre Ayton got into a tiff, and Williams benched Ayton for the entire second half. Ayton scored just five points in 17 minutes in the first half.

“The Mavs have a lot of character and integrity and I know how bad they wanted it,” said Williams. “We could not execute tonight. Couldn’t make a shot early, that messed with us a little bit and Dallas played their tails of from start to finish.”

The Suns benchwarmers tallied 40 points in the fourth quarter to make the final score look a lot less disastrous with only a 33-point loss.

Chris Paul looked his age and the 37-year-old veteran could not guard anyone to save his life. The tables were turned on Paul, and the Mavs were exploiting his poor defense on pick-and-rolls and made him look like a fool.

Devin Booker had one of the worst playoff performances of his young career with 11 points on 3-for-14 from the floor while missing all four 3-point shots.

Luka Doncic led the fired-up Mavs with 35 points, and Spencer Dinwiddie scored 30 off the bench. Doncic and Dinwiddie became the first pair of teammates to score 30-plus in a Game 7 since Kobe Bryant and Shaquille O’Neal pulled off the feat for the 2002 LA Lakers. Dinwiddie and Doncic also became the first teammates to score 20 points in the first half of a Game 7 since Patrick Ewing and Allan Houston last achieved the feat for the 1997 New York Knicks.

“I can’t get this smile off my face,” said Doncic. “I’m just really happy. Honestly, I think we deserved this.”

“A lot of people said it would be a blowout,” said Mavs head coach Jason Kidd. “They were right.”

The Mavs built up a huge lead heading into halftime. They did not let the Suns start the third quarter with a rally. They continued their intensity on both ends of the court in the third quarter. The Mavs pushed their lead to as much as 46 points when the Suns sort of gave up.

Doncic finished the series averaging 32.6 points, 9.9 rebounds, and 7.0 assists per game. He now gets a chance to battle Steph Curry and the Golden State Warriors for a shot at representing the Western Conference in the NBA Finals.

Check out OG’s extensive coverage of the 2022 NBA Playoffs.