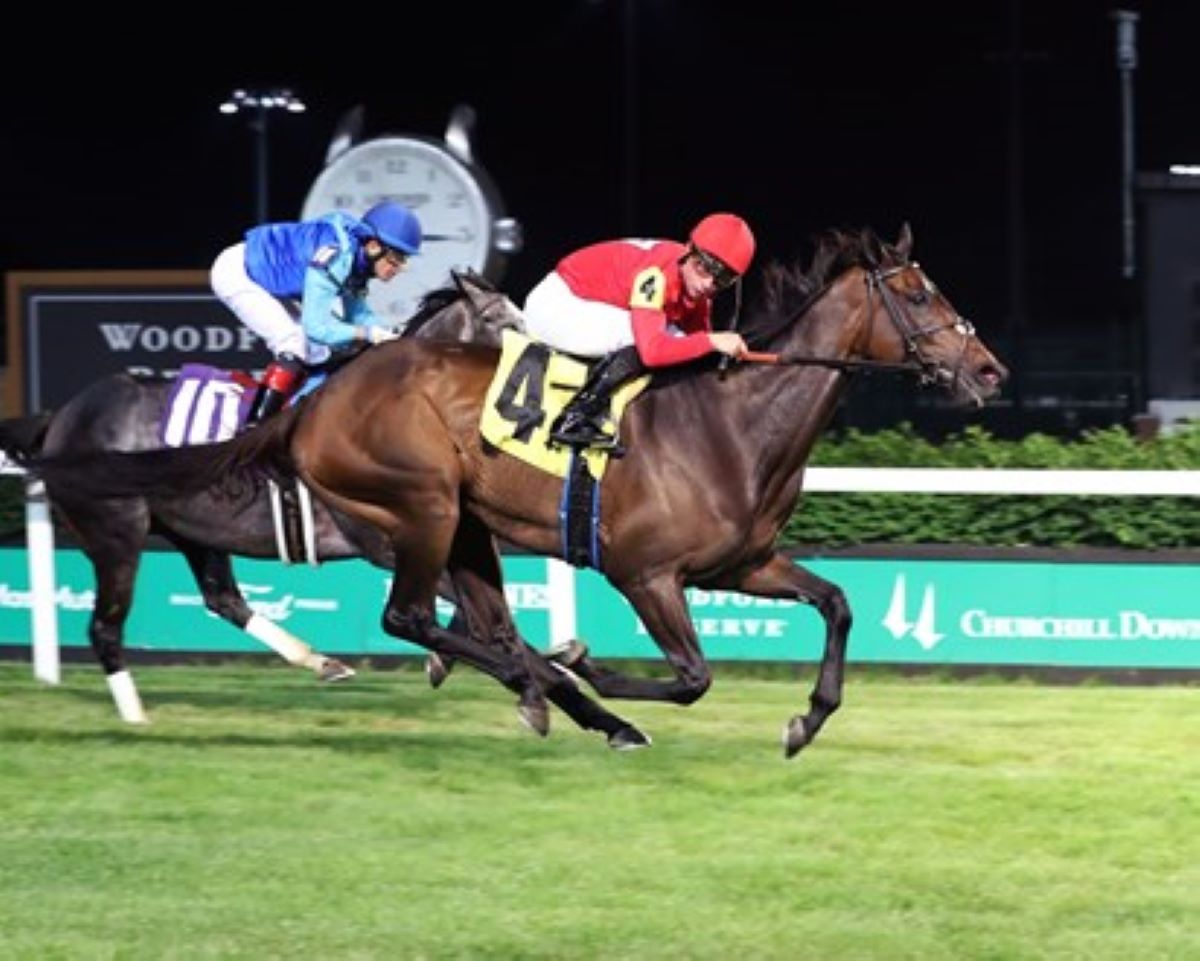 As for Saturday, each track offers one of the stakes races in the five-race sequence, starting with the third leg: the Grade 3 Soaring Softly from Belmont Park. That seven-furlong turf sprint features Chad Brown’s Haughty, who hasn’t raced since finishing third in the Breeders’ Cup Juvenile Fillies Turf last November.

“I like what I see from Haughty. She’s training quite well,” Brown told NYRA. “She fell a little bit behind this winter. She got a little sick on me and we got started a little later than I wanted to, but she’s making up for lost time rapidly now in her works.”

Go deep on this race

Three rivals await, all out of Christophe Clement’s barn: Derrynane, Breeze Easy and Anador. If that wasn’t enough, Wesley Ward rolls out Chardy Party, coming in off a win in her April debut at Keeneland. This could be the one you spread liberally on your ticket.

The fourth leg gives you Churchill Downs’ stakes race: the 1 ½-mile Keertana Overnight on turf. The discussion begins with defending champion Temple City Terror. Brendan Walsh’s four-time winner and 3/1 morning-line favorite comes in off a fifth in a 1 1/16-mile mid-April allowance at Keeneland.

Chasing the 6-year-old mare is Luck Money (7/2), who hit the board in three graded turf routes. All were marathons and all were at different tracks: Delaware Park, Keeneland and Belmont Park. That latter was a runner-up in the May 7 Grade 2 Sheepshead Bay, her only race of 2022.

This week’s Cross Country Pick 5 opens at Churchill Downs with a 1 1/16-mile maiden special weight for 3 and up. It too, may require a wide spread, due to the overflow 16-horse field. Brown’s Ridley’s Major moves to the dirt after two in-the-money finishes in turf races. War Campaign stretches out from 6 ½ furlongs to 8 ½ furlongs after finishing second in his April debut at Keeneland. Steve Asmussen runs Scotland Yard, who finished off the board in his last start at Keeneland.

Leg two heads north to Belmont Park for a one-turn mile allowance optional claiming race for 3 and up. Here, we say “hello” again to Brown’s Highly Motivated. The 10th-place finisher in the 2021 Kentucky Derby and runner-up to Essential Quality in the Blue Grass Stakes rides in off a fourth in a seven-furlong optional-claiming sprint April 16 at Keeneland.

Highly Motivated tangles with Stage Raider, the 4-year-old half-brother to 2018 Triple Crown winner Justify. He won a race on this track at this distance last May.

Waiting for her is Ari Oakley, she of the field-best 91 Beyer Speed Figure last out in her maiden victory last out. Waiting for both is Brian Lynch’s Stable Fire, who hasn’t run since wiring a turf field on her debut at Saratoga last September.

The minimum bet on the Cross Country Pick 5 is 50 cents. The wager comes with a 15% takeout. Each week features a total payout of the net pool.

Past performances are available here at https://www.nyra.com/belmont/racing/cross-country-wagers.