The Cincinnati Reds started the year with a weak roster and little chance of making the playoffs, let alone winning their division or competing for a World Series title. Yet few could have possibly predicted just how horrid the Reds would be through the first four weeks of the 2022 season. 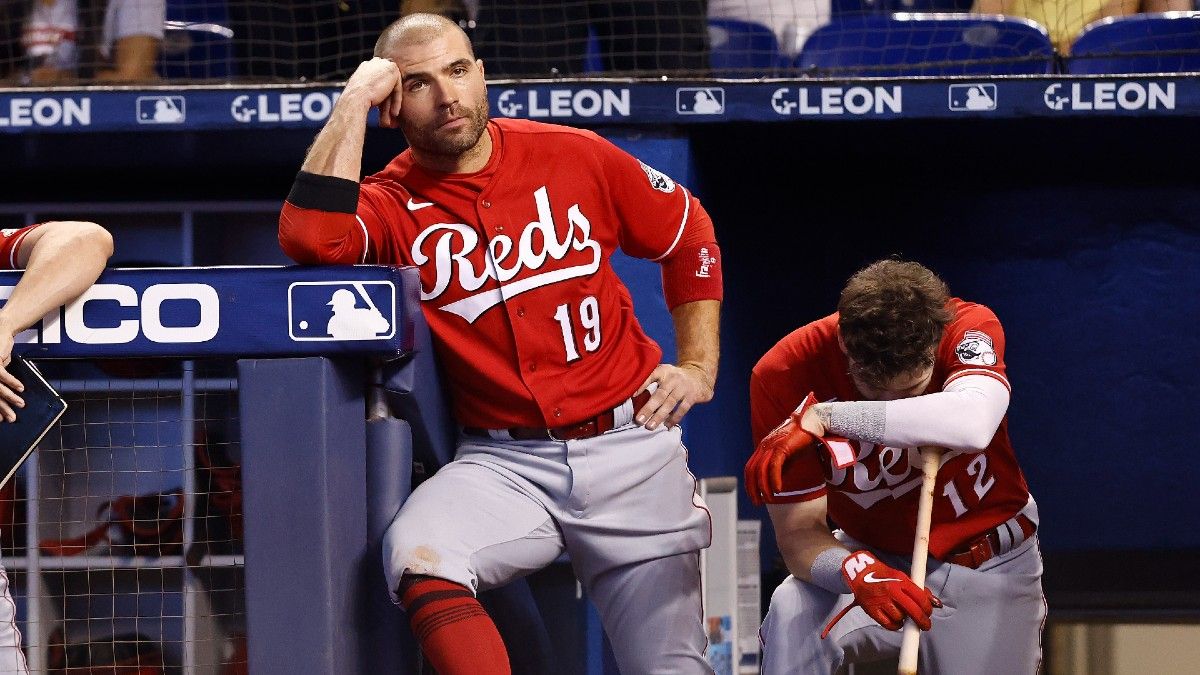 The Cincinnati Reds are off to a 3-19 start, leading to frustration among fans and the potential for a historically bad season. (Image: Michael Reaves/Getty)

The Reds stand at 3-19 after 22 games, and have shown no signs of improving while the franchise frustrates fans on a seemingly daily basis.

Cincinnati has lost six straight heading into Tuesday night. The Reds have baseball’s worst run differential (-65), are last in the majors in ERA (6.15), and are last in OPS on offense (.582). Though it’s unlikely any team could keep playing to a .136 winning percentage no matter how bad they are, the Reds are easily on pace to put up the worst record in modern MLB history. They’re barely on pace to outplay the infamous 1899 Cleveland Spiders, who went 20-134 to post a .130 winning percentage.

Chances are that Cincinnati will regress to the mean and end up with a merely terrible record, not something record-breaking. But that will be little solace to a fanbase that hasn’t seen its team reach the NLDS since 1995, and hasn’t won a World Series since 1990.

“If you wanna look at what would you have this team do to have it be more profitable, make more money, compete more in the current economic system that this game exists, it would be to pick it up and move it somewhere else,” Phil Castelini, Reds president and chief operating officer, said on the WLW radio station last month. “So, be careful what you ask for. I think we’re doing the best we can do with the resources that we have. We’re no more pleased with the results than the fans.”

The Reds lost several key pieces during the offseason, either due to trades or simply by failing to resign talent. That includes Nick Castellanos, Sonny Gray, Wade Miley, and Eugenio Suarez, among other names. That took a middling team and turned it into a poor one.

Things have gone from bad to worse since the season started. Joey Votto is hitting just .122 with an incredibly low .135 slugging percentage, and is now on the COVID injured list. One player fans might want to see – 2021 NL Rookie of the Year Jonathan India – has already landed on the IL twice this year.

As a result, the Reds have drifted from a +1700 pick to win the NL Central at DraftKings Sportsbook before the season to +15000 now.

“It’s extremely disappointing,” Cincinnati general manager Nick Krall said via a statement. “The people that work here, the players, the coaches, the staff, we’re some of the most competitive people that I’ve ever met. We want to win. That’s out goal…We want to figure out what the solutions are to help us move forward to get to that point.”

Projections don’t see the Reds as an all-time disaster. FanGraphs projects Cincinnati to win about 67 games on average this season, meaning they might not even finish with the worst record in the majors when all is said and done. That will be little solace for fans, however, who right now are having trouble seeing any sort of light at the end of the tunnel.