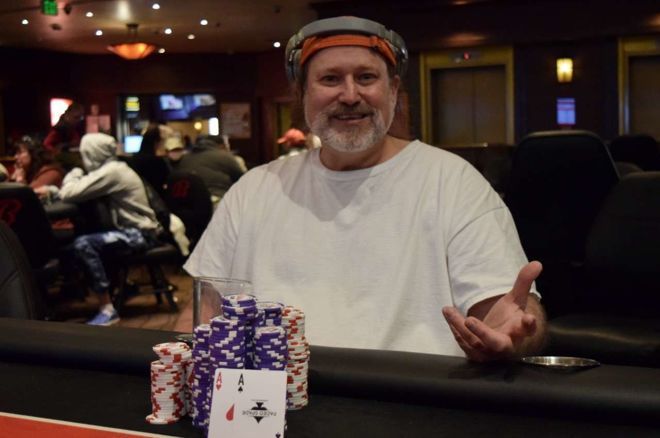 Bracelet winner Chris Tryba, who has been driving cross country from the East Coast, has been hitting multiple stops before landing down in Las Vegas this summer for the 2022 World Series of Poker (WSOP), and everything has come up roses for the longtime Circuit grinder.

On Sunday, May 22, Tryba took down the 2022 Bally’s Black Hawk Poker Open Main Event in Colorado for $50,808, less than a month after finishing fourth in the MSPT Ohio State Championship Main Event several states over to pocket $60,466.

Tryba began his journey West in March, which he has been documenting on social media, with a trip WSOP Circuit Turning Stone in New York, where he finished 36th in a $1,100 buy-in no-limit Hold’em event for $1,644 and later cashed in the $1,515 Turning Stone Main Event, finishing in 99th place for $2,646.

After a few deep runs but no serious scores in New York, the veteran grinder, who PokerNews interviewed at a WSOP Circuit stop at Harrah’s Tunica back in 2011, headed to the MSPT Ohio State Championship at JACK Casino Cleveland earlier this month, where he was able to cash for five figures. 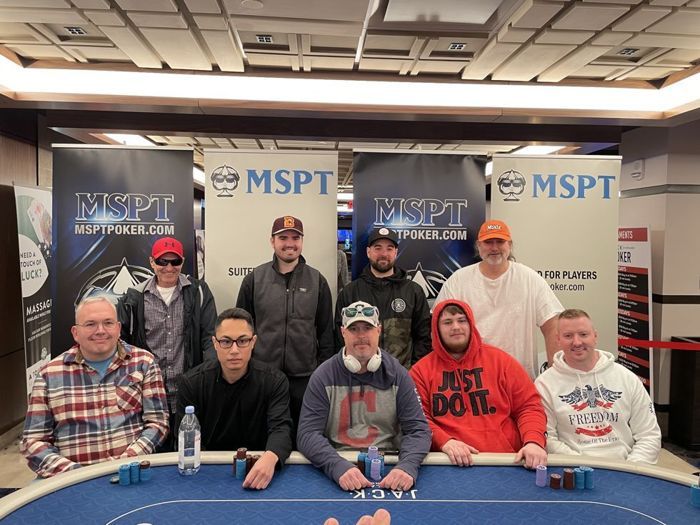 It was probably not the result Tryba was hoping for as he entered the final table as chip leader but suffered a massive bad beat when his set of fives ran into the set of sixes of Dustin Mcelaney, who ended up finishing in second for $133,058 after a heads-up deal. Nonetheless, the fourth-place finish gave Tryba his ninth biggest cash to date.

Next, it was onward to Colorado for the 2022 Bally’s Black Hawk Poker Open Main Event, which drew 153 entries across two flights as Flight C was canceled due to a power outage, according to Dan Ross of Hold’em Media, who live-reported the event for pokerliveupdates.com.

Tryba was able to earn his biggest score of the year (so far) by taking down the Main Event for $50,808, defeating Matt Livingston during heads-up play.

According to the live reporting of the event, the final hand occurred when Livingston got all in with pocket sixes against the pocket aces of Tryba, who secured the victory when the board ran out clean. 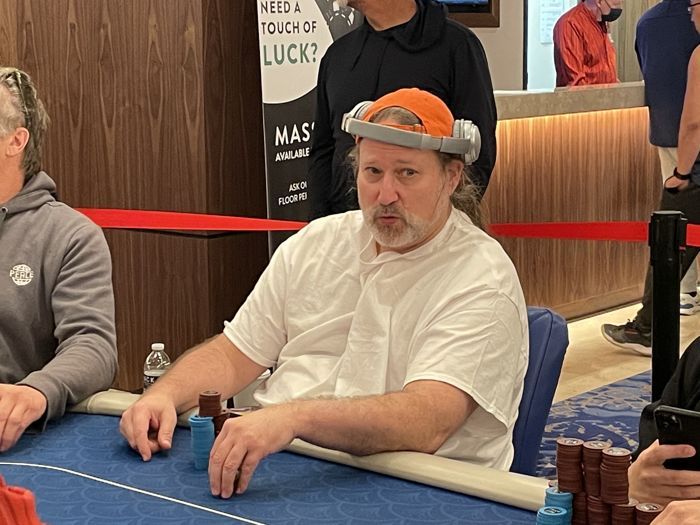 After his fantastic performance this month that brought him six figures, Tryba is now up to an impressive $2.4 million in live tournament earnings, per The Hendon Mob.

With the 2022 WSOP less than a week out, Tryba will try his success in Las Vegas as he looks to pick up a second career bracelet, a decade after winning his first. At the 2012 WSOP, Tryba took down Event #35: $2,500 Mixed Hold’em for a career-best $210,107 and the coveted gold bracelet.

With a bracelet and two Circuit rings already to his name, it should be a good series for Tryba if he’s able to continue his current heater.