Mike D’Antoni – the architect and philosopher behind the modern NBA spread offense that preaches 3-pointers and layups – is at the top of the short list of potential candidates to become the next head coach of the Charlotte Hornets. 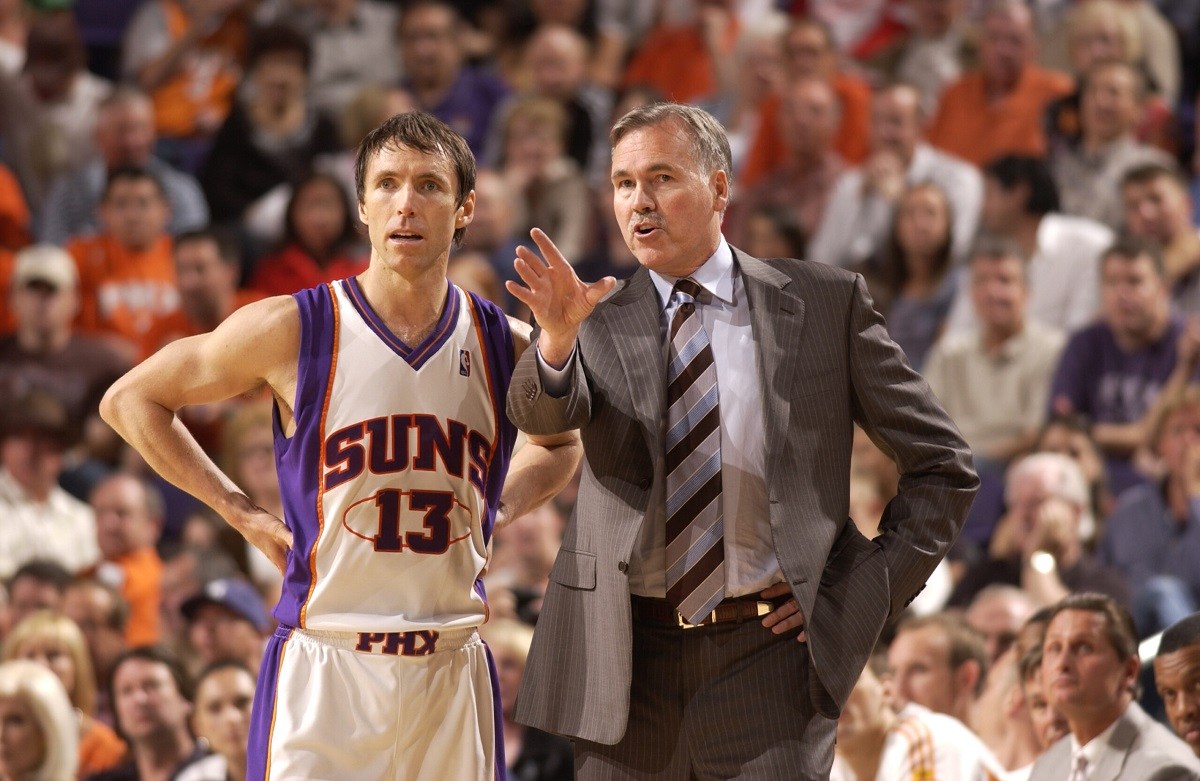 D’Antoni compiled a 672-527 record over 16 seasons as a head coach in the NBA. He coached 1,199 games with five different teams including the Denver Nuggets, Phoenix Suns, New York Knicks, Los Angeles, Lakers, and Houston Rockets.

D’Antoni spent last season as an assistant coach with the Brooklyn Nets and mentor to Steve Nash, who made his head coaching debut in the 2020-21 season. Nash was the point guard under D’Antoni with the Phoenix Suns in the early 2000s, where he first developed his “Seven Seconds or Less” offensive philosophy where he wanted his players to make quick decisions on offense and not be afraid to hoist up 3-pointers with reckless abandon.

Although the Suns did not win an NBA championship, many other coaches and teams tweaked D’Antoni’s offense which evolved into the modern-day NBA. D’Antoni is well respected as the godfather of the run-and-gun style that many teams utilize.

Growing up in Italy, Kobe Bryant said his favorite basketball player was D’Antoni, who played on the same club team as his father, Jellybean. Bryant admired the mustached D’Antoni so much that he even wore his same number. When D’Antoni’s pro career overseas fizzled out, he pivoted to coaching in Italy for notable club teams Olimpia Milano and Benetton Basket.

D’Antoni latched on as an assistant coach with the Denver Nuggets in the late 1990s and took over as head interim coach for the 1998-99 season. In 50 games, he went 14-36 but got his first taste as an NBA coach. It took several years before he got another shot when he was named interim head coach with the Phoenix Suns in the 2003-04 season.

The Suns gave D’Antoni the full-time job in 2004, which also coincided with the free-agent signing of Nash. D’Antoni had the perfect point guard to run his non-traditional “Seven Seconds or Less” offense. The Suns posted four consecutive winning seasons and won 61-plus games twice, but never advanced farther than the Western Conference Finals.

In 2009, D’Antoni joined the New York Knicks, but Carmelo Anthony was an old-school ISO-heavy player that did not jive with D’Antoni’s run-and-gun offense. The Knicks posted just one winning season and one postseason berth during his four seasons.

Kobe Bryant heavily lobbied Jerry Buss to bring in D’Antoni as the next head coach of the Lakers in 2012, but he posted just one winning season.

In 2016, Houston Rockets hired D’Antoni, where he rattled off four-straight winning seasons. The Rockets won 65 games in 2017-18, but were knocked out of the Western Conference Finals by the Golden State Warriors.

James Borrego coached the Charlotte Hornets for four full seasons where he compiled a 138-163 record. The Hornets missed the playoffs all four seasons, but were Play-In Tournament material the last two seasons, yet could not secure the final postseason spot. The Hornets fired Borrego at the end of the season. They had a high-octane offense led by LaMelo Ball, but the team could not play defense to save their life, which is why so many games got away from them in the fourth quarter.

Michael Jordan, owner of the Charlotte Hornets, needs to add a big man who can play stellar defense and act as a legit rim protector. There’s been whispers that the Hornets could acquire Rudy Gobert in a trade with the Utah Jazz. Jordan could also shift gears and bring in a defensive-minded head coach, but instead D’Antoni is the leading candidate to join the Hornets.

The Hornets could also trade an injury-prone Gordon Hayward after he indicated that he’d like to play elsewhere next season. Hayward began his career with the Utah Jazz, so there’s a good chance he’s involved in any trade talks for Gobert.

Mitch Kupchak, the general manager of the Hornets, previously hired D’Antoni for the Lakers gig a decade ago. D’Antoni is at the top of Kupchak’s list of candidates to coach the Hornets along with Kenny Atkinson, Mike Brown, Darvin Ham, and Sean Sweeney.