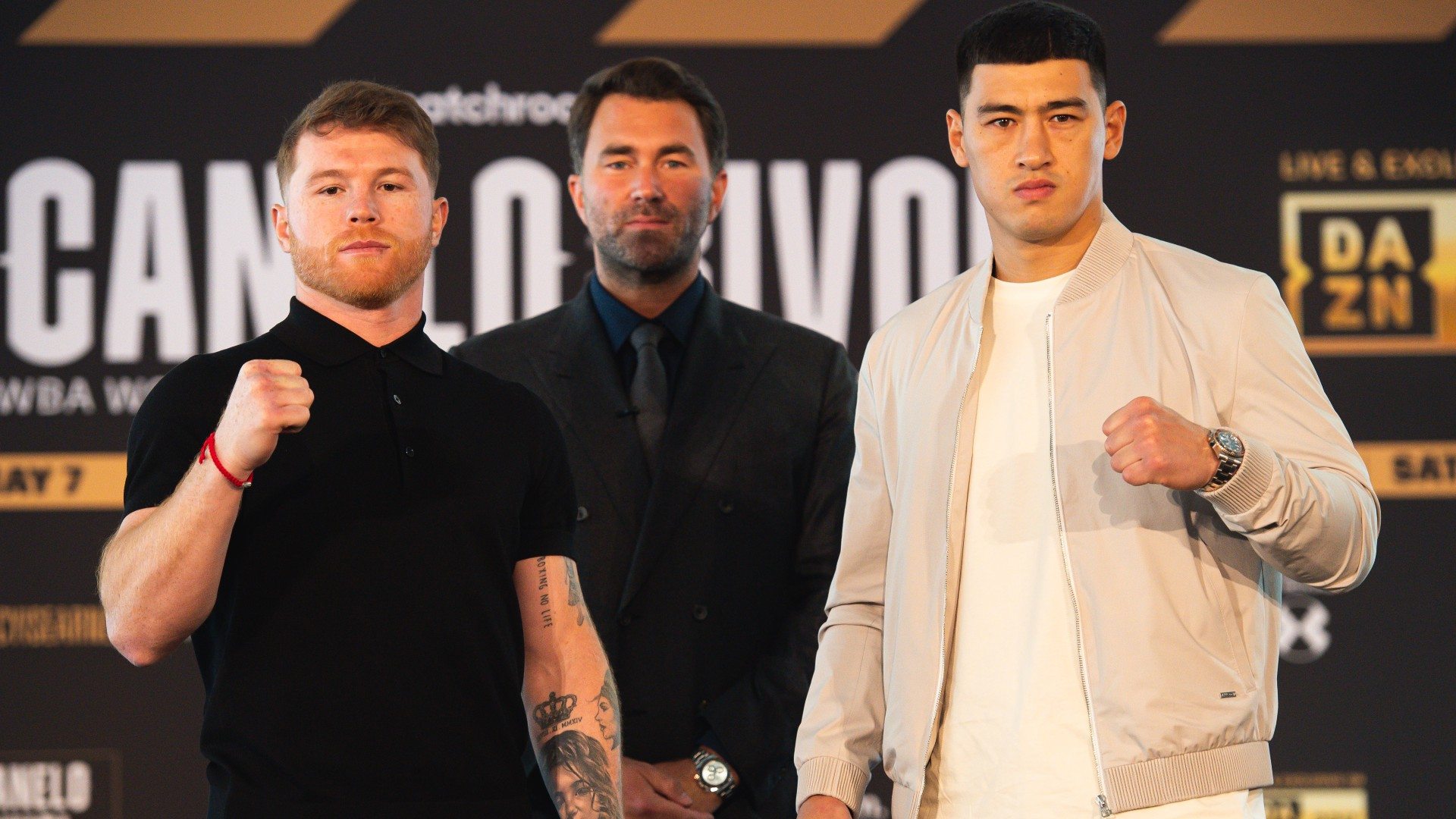 Alvarez comes into the fight as a -490 favorite over Bivol (+360), according to FanDuel Sportsbook.

Alvarez: Bivol is ‘best in the division’

As Mexico’s biggest boxing star – not to mention, arguably the biggest name in the sport today – it only makes sense for Alvarez (57-1-2, 39 KOs) to box on Cinco de Mayo. While he’ll miss that date by a day to fight on a Saturday night, he’ll still attract a highly supportive crowd at T-Mobile Arena.

Three years ago, Alvarez beat Sergey Kovalev to win his first light heavyweight crown. He quickly vacated that belt, but he is once again showing interest in moving up in weight as his career continues. He’s also looking for big fights, and feels that Bivol gives him that challenge.

“For me, he’s the best in the division,” Alvarez said, via The Guardian. “[Artur] Beterbiev is a strong fighter who always comes forward. But Bivol is really good. He’s also strong and he is good on the inside and out. He has everything – skill, strength, and power. He’s tricky and a really good champion but I believe in my skills and I’m very confident.”

Chances are that Alvarez will continue to fight as a super middleweight more often, with a third fight against Gennady Golovkin looming. But Alvarez says he’s comfortable at light heavyweight.

In all of this, Bivol (19-0, 11 KOs) comes across as something of an afterthought, another opponent for Alvarez to beat. But the Russian rates among the top light heavyweights in the world and a legitimate champion. He may not possess a big name, but he has full belief in himself even against one of the top pound-for-pound fighters in the world.

“I don’t think that I was avoided,” Bivol told reporters. “Maybe not just interesting fight to make because I’m not known yet. I know it’s business. Fine. Okay. No problem. But now I got the fight.”

Alvarez’s ambitions don’t stop at the light heavyweight division. He has proposed fighting heavyweight champion Oleksandr Usyk at a 201-pound catchweight. It’s a tantalizing possibility considering Alvarez has never fought at such a high weight, and the fact that Usyk was a dominant cruiserweight champion even before climbing the heavyweight ranks.

“I like it,” Alvarez told reporters in the leadup to this weekend fight. “I’ll fight everyone. I don’t f***ing care.”