With less than two weeks remaining in the regular season, the Phoenix Suns are the consensus betting favorite to win the 2022 NBA championship at +290 odds. Meanwhile, the smoking-hot Boston Celtics moved into the top spot in the Eastern Conference playoff standings and improved to +950 odds to win the championship on the NBA futures board at DraftKings. 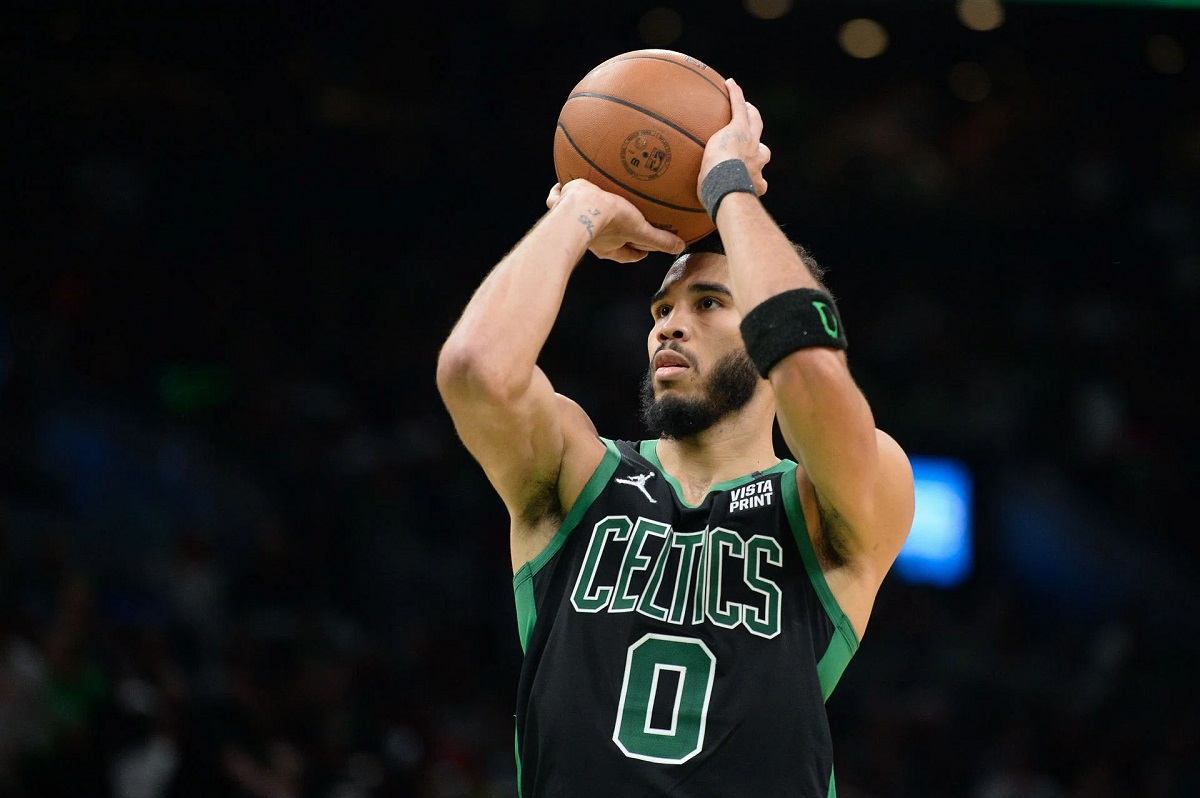 Jayson Tatum and the Boston Celtics looked unstoppable in March, which is why their NBA championship odds vastly improved over the last few weeks. (Image: Getty)

The top four teams in the Eastern Conference are separated by just a half-point in one of the tightest races for the #1 seed in recent memory. We have a feeling the top four seeds won’t be determined until the last week of the season, with the Boston Celtics, Miami Heat, Milwaukee Bucks, and Philadelphia 76ers jockeying for the #1 seed and home-court advantage.

The defending champion Milwaukee Bucks are +650 odds to repeat as NBA champions.

The Celtics (47-28) won six games in a row and nine out of their last 10. The Celtics were 25-25 at the end of January with rumors that the team would get broken up before the trade deadline. Since that point, they unleashed a 22-3 run. At the start of the new year, the Celtics were +6000 odds to win the championship, but they were just +2000 odds on the NBA futures board at the end of February. Currently, you can back the surging Celtics at +950 odds.

Jayson Tatum has been crushing it all month, averaging 33.7 ppg and shooting 46.6% from 3-point range. He’s also been money from the free-throw line with a 91% clip. He scored 31-plus in five-straight games and tallied 30 or more points nine times in 12 games in March.

The Nets (39-26) were the popular pick to win the championship all season long, but hit their high-water mark at +245 odds in early January. Since then, they’ve settled into the second spot on the futures board. You can back them at +450 odds to win the championship, which seems a bit odd because the Nets are the #9 seed with a most-likely date in the play-in tournament. Then again, New York City now allows all athletes to play regardless of vaccination status, which bodes well for Kyrie Irving and a Brooklyn postseason run.

Oh, and no one really knows when Ben Simmons will be ready to suit up in his first game of the season and make his debut with his new squad.

The Phoenix Suns (61-14) didn’t give up any ground after Chris Paul went down with a fractured thumb. They became the first team to win 60 games this season, which is impressive considering only one other team passed the 50-win mark. The Suns were +380 odds to win the championship at the end of February, but they’re now just +290.

The Golden State Warriors (48-27) are third on the NBA futures board at +650 odds to win the championship, but they struggled in March with a 5-9 record. Steph Curry is out for the rest of the regular season while he rests a foot injury. Draymond Green returned to the lineup, but the team looks like they play better without him on the court.

The Memphis Grizzlies (52-23) will probably shut down Ja Morant for the rest of the regular season so he can rest a sore knee. But even without Morant, the Grizzlies are tough to beat and improved to 17-2 without their leading scorer. The Grizzlies were +7000 odds to win the title back in early January. They were +2500 odds four weeks ago, and are now at +1800 odds.

The Dallas Mavs (46-29) went 10-4 in March and moved ahead of the Utah Jazz to snatch the #4 seed in the Western Conference playoff standings. The Mavs are hitting their stride at the right time and Luka Doncic looks much better heading into April compared to his bloated and paunchy self after showing up out of shape to training camp in October. Doncic and the Mavs saw a slight uptick in their title odds from +4000 last month to +3500 right now on the NBA futures board.