Even with celebrity chef Bobby Flay as an owner, Pizza Bianca doesn’t have the highest profile of a Breeders’ Cup winner. But the winner of last year’s Breeders’ Cup Juvenile Fillies Turf remains formidable in Sunday’s Memories of Silver on Aqueduct’s closing day. 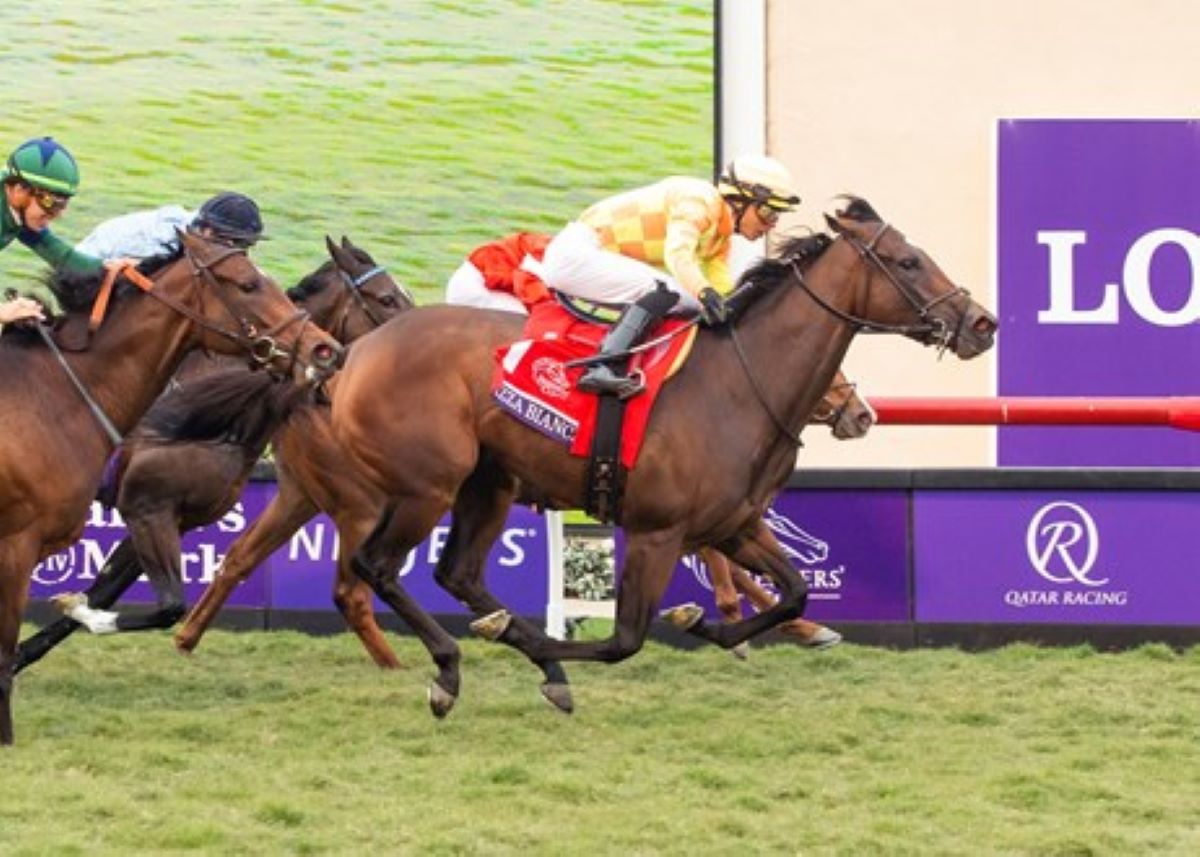 Pizza Bianca’s low profile has nothing to do with Flay, a racing and breeding aficionado outside the kitchen. It has much to do with her winning probably the lowest profile Breeders’ Cup race on the celebrated event’s schedule.

It also has to do with Pizza Bianca running for the first time since she pulled off that Breeders’ Cup upset at 10/1. The daughter of Australian sire Fastnet Rock hasn’t run since beating Irish filly Malavath by a half length in the Juvenile Fillies Turf. With 17.70/1 Malavath finishing second, horseplayers carrying those two on exacta tickets earned $197 for a $1 bet.

What was remarkable about Pizza Bianca’s victory was the fact she was last in the 14-horse field coming out of the far turn. That meant in the one-mile race, Pizza Bianca passed all 13 of her rivals in the final quarter-mile.

“She had an amazing trip. She came from way out of it. Jose (Ortiz) took her to last and the inside opened up,” trainer Christophe Clement told the New York Racing Association’s Ryan Martin. “Everything worked out perfectly. She had a good ride, good trip, racing luck and she’s a good filly. She had a very good turn of luck.”

Not that a Breeders’ Cup victory ever needs validation. But Pizza Bianca’s Nov. 5 score at Del Mar became more impressive when Malavath and another Irish filly: fourth-place Cachet, won their next races in Europe. Both were Group 3s.

“The Breeders’ Cup form is stronger than ever. Two of the fillies who finished second and fourth came back and won in Europe,” said Clement, who won his first Breeders’ Cup race with Pizza Bianca. “Pizza Bianca is doing well. She had a break at (Florida training center) Payson Park after the Breeders’ Cup and she’s training very forwardly, so I’m excited to see her run.”

Pizza Bianca comes into the 1 1/16-mile race on the Big-A’s outer turf course 2-for-3. She won on her debut at Saratoga last July. Clement saw enough to take Pizza Bianca from a maiden special weight to the Grade 1 Natalma at Woodbine. The audacious move sort of validated itself when Pizza Bianca finished second to British horse Wild Beauty by 2 1/4 lengths.

Clement, meanwhile, seeks his third consecutive Memories of Silver title. He won with Fast Glorious in 2019 and with Bubbles On Ice last year.