Arizona, UCLA, and USC are all ranked teams this season and the trio are the betting favorites heading into the 2022 Pac-12 Tournament in Sin City, with the Arizona Wildcats the consensus favorite at -120 odds, and UCLA right behind at +160. 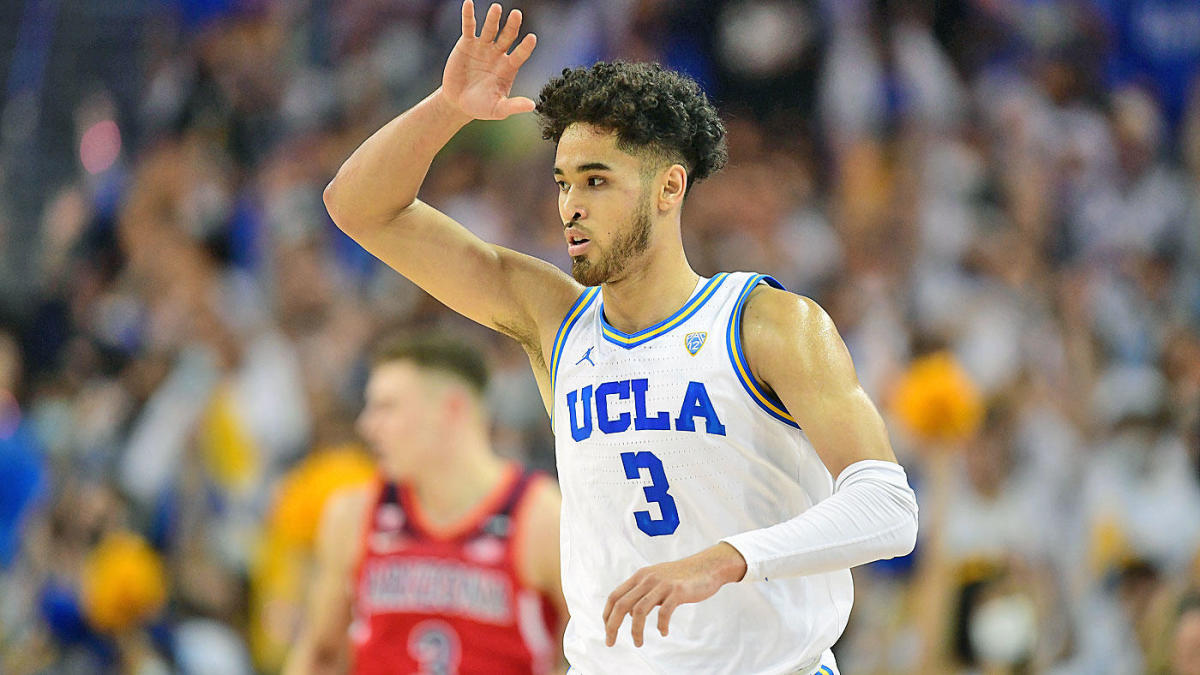 Johnny Juzang from the UCLA Bruins is one of the top players in the Pac-12 once again this season heading into the conference tournament in Las Vegas. (Image: Getty)

The top three teams in the Pac-12 — #2 Arizona, #13 UCLA, and #21 USC — are headed to the March Madness tournament regardless of what happens in the conference tournament, but a bubble team like Colorado needs to win the tourney to punch their ticket to the Big Dance.

At the same time, the other non-ranked teams in the Pac-12 — like Oregon, Washington, and Washington State — have a chance to run the table and get hot by winning four games in four days to secure an automatic berth to March Madness. The Pac-12 tournament will be host at the T-Mobile Center in Las Vegas.

Unranked Oregon State pulled off that epic feat last year as the fifth seed in the Pac-12 conference tournament and parlayed that success into a trip to the Elite 8. In 2019, Oregon secured a bid to March Madness by winning the Pac-12 tournament as the sixth seed.

Arizona (28-3) is ranked #2 in the country behind Gonzaga and they should secure a #1 seed in March Madness. The Wildcats started the season 11-0. Two out of three losses were against ranked Tennessee and UCLA. Arizona had a nine-game winning streak snapped in late February when they were upset by Colorado by 16 points in Boulder. The Wildcats bounced back the next game with a 20-point blowout against USC, who were ranked #16 at the time.

Arizona’s top scorer is Bennedict Mathurin, a 6-foot-6 sophomore guard from Montreal, who averages 17.3 points and 5.7 rebounds per game. He shoots nearly 38% from 3-point range.

Arizona comes into the postseason as the betting favorite to win the Pac-12 conference tournament at -120 odds and only a slight favorite over UCLA at +160. The Wildcats are also the second favorite on the college basketball futures board at +650 odds to win 2022 March Madness.

UCLA was the surprise team in the 2021 March Madness Final Four. Gonzaga needed overtime to knock them out of the national semifinals in one of the most epic games in recent memory.

The year’s UCLA (23-6) squad has a target on their back because everyone knows they’re a tough team and they should keep a close eye on their top scorer — Johnny Juzang. Juzang earned All Pac-12 honors and decided to return to school for a chance to lead his hometown Bruins to a national championship. The 6-foot-7 junior guard from Tarzana leads UCLA averaging 16.7 ppg, while shooting 36.4% from 3-point range. His sidekick — Jaime Jaquez — is UCLA’s second-best scorer averaging 13.3 ppg.

Juzang and UCLA are +160 odds to win the Pac-12 tournament, but they’re probably going to earn a #4 seed in March Madness unless they can beat Arizona in the title game and then they could sneak into the #3 seed.

USC (25-6) had a hot start at 13-0 before they finally lost their first game in January. However, USC stumbled at the end of the season with back-to-back losses against #2 Arizona and UCLA, who was ranked #17 at the time. USC has a chance to get back on track in the conference tournament, where they’re +1000 odds to win.

Isaiah Mobley, a 6-foot-10 power forward, leads the Trojans with 14.6 points and 8.5 rebounds per game. His younger brother — Evan Mobley — played a one-and-done season before he headed to the NBA. It looks like Evan has the inside track to winning 2022 NBA Rookie of the Year, but big bro Isiah has the Mobley clan excited at a chance to make a run at a national championship.

Colorado (20-10) finished fourth in the Pac-12 this season. They hit the skids at the end of January where they went 2-6. The Buffs corrected the ship and finished the season with a 7-1 clip, including a huge upset over Arizona in front of their home crowd.