The #8 seed in the Eastern Conference playoffs is at stake when the Cleveland Cavs host the Atlanta Hawks in the final night of the 2022 NBA Play-In Tournament. The Hawks/Cavs winner gets the final playoff spot and plays the #1 Miami Heat in the first round, but the loser goes home and bubbles the postseason. 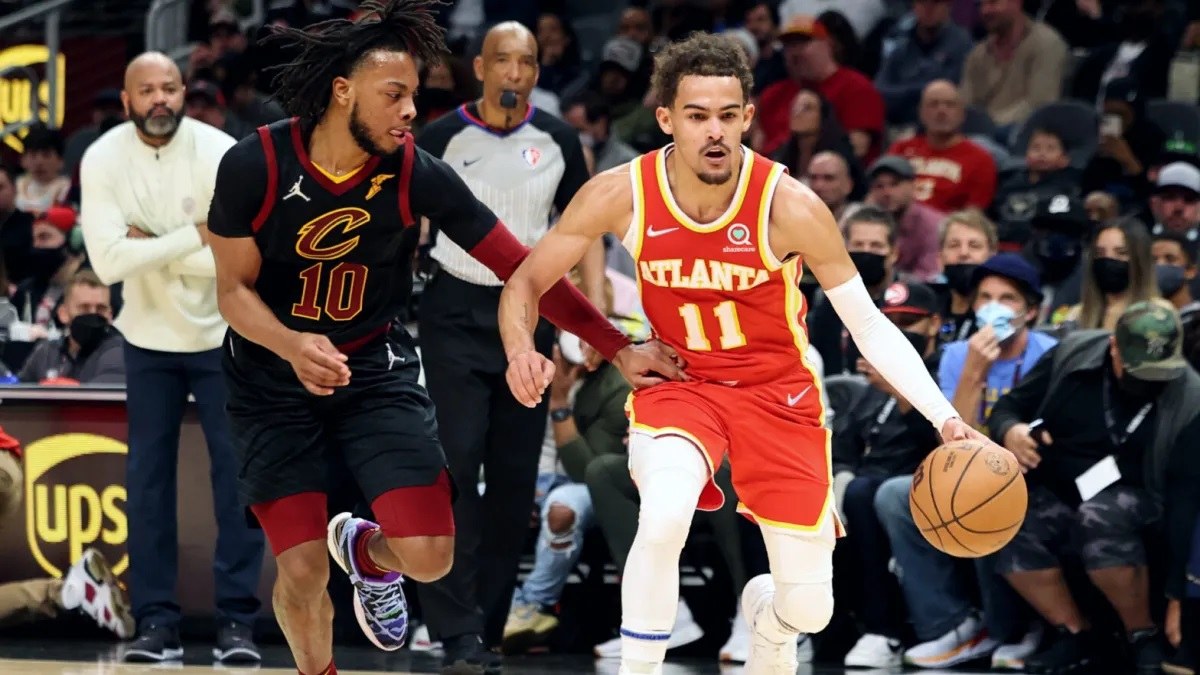 The Cavs lost the seventh-place vs eighth-place game against the Brooklyn Nets to start the Play-In Tournament. The Nets locked up the #7 seed, but the Cavs still had a chance to qualify as the #8 seed if they defeat the winner of the ninth-place vs tenth-place game.

On Wednesday, the Atlanta Hawks blew out the Charlotte Hornets in the first round of the Play-In Tournament to keep their postseason aspirations alive. The Hawks had a disappointing regular season after their deep run the 2021 NBA Playoffs. Last year, the Hawks advanced to the Eastern Conference Finals before they were knocked out by the eventual champion Milwaukee Bucks.

The Hawks went 3-1 against the Cavs in the regular season, which is one of the reasons why the Cavs opened as +2 home dogs. The Hawks struggled with a 38-45 ATS record, but the Cavs did much better beating the spread at 43-36-4 ATS.

The Cavs are the moon shot on the NBA futures board at DraftKings at +50000 odds to win the 2022 NBA championship. The Hawks are slightly better at +15000, but still a long shot to win the title.

Young loves to beat up on the Cavs. He averaged 32.5 ppg in the four games the Hawks/Cavs played against each other this season, and lit up the Cavs for 41 points during a victory in February.

If the Cavs shut down Young, then they’ll win. Seems very simple. The last time they met, the Hawks won by 24 points because they struggled to defend the pick-and-roll, and Young destroyed them.

“Obviously, it starts with Trae Young,” said Cleveland head coach JB Bickerstaff. “What he does impacts everybody else and his ability to one, make all the shots from all over the floor, two, to make all the plays with the ball in his hand, the passes and then that pick-and-roll game that they run.”

De’Andre Hunter had a huge game on Wednesday against the Hornets after Young struggled in the first half with a cold shooting spell. Hunter ignited a huge third quarter run, which helped the Hawks pull away from the Hornets. He finished with 22 points and played great defense on the perimeter.

“I’m a big part of this team,” said Hunter. “Me being aggressive, scoring and defending, helps this team a lot.”

The Hawks will not have John Collins or Lou Williams in this game. The veteran Williams is nursing a back injury, whereas Collins has a knuckle injury on his shooting hand plus plantar fasciitis.

Bogdan Bogdanovic (15.1 ppg) has a sprained his ankle, but the Hawks hope their long-range bomber can be ready at tip-off.

Will Jarrett Allen Return for the Cavs?

All-Star center Jarrett Allen missed the final 19 games of the regular season with a fractured finger. The Cavs sorely missed their starting big man in the first Play-In Tournament game against the Nets, who dominated them in the paint. Allen is currently listed as questionable, but he’ll be a game-time decision.

“Jarrett is doing well,” said Bickerstaff. “He’s working out, and starting to do more with both hands. We’re just kind of in a wait-and-see.”

It makes sense if Allen plays, because the Cavs essentially face an elimination game with a “win or go home mentality.”

The Cavs hopefully gained some insight from their three losses against the Hawks this season.

“We’ve been tested and I feel like our guys have done a really good job of responding,” said Bickerstaff. “And when they’ve been in a certain situation, they don’t make the same mistake twice. They come out and they learn from it and they improve on in the next time out.”

Darius Garland led the Cavs with 34 points in a loss against the Nets on Tuesday. Rookie of the Year Eric Mobley scored 19 points on an efficient 9-for-13 from the field. The Cavs will try to get him more looks, but the rookie got a taste of how the postseason is a different vibe than the regular season.

“More intense for sure,” said Mobley. “Every possession meant something.”

Against the Nets, Kevin Love had a huge game off the bench with 14 points and 13 rebounds. If Allen is unable to play, Mobley will continue to fill in at center, while Love logs time at power forward.