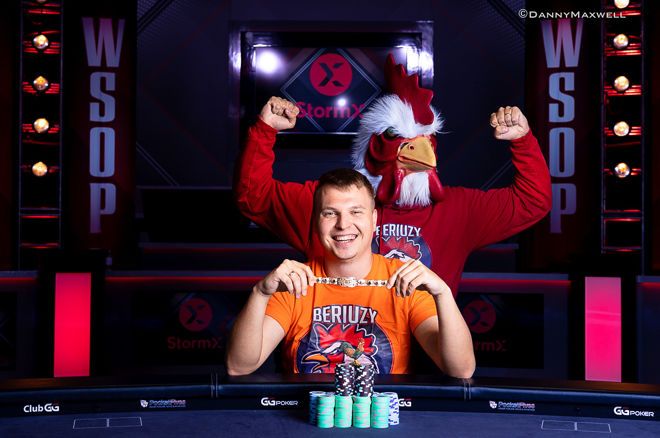 Ponakovs won his second WSOP bracelet, with his first one coming online in November, making the latest one his first live bracelet. Prior to the victory, Ponakovs had amassed over $1.4 million in career live earnings according to The Hendon Mob, with a near-million score coming just a month ago in May at the Triton Poker Series Madrid.

Ponakovs also notably has a 33rd-place finish from the 2013 WSOP Main Event on his resume, meaning that he has been on the felt for some time, but has just now started his surge in winnings. The first player to ever win a bracelet from Latvia in November, he now adds another to the Latvian bracelet tally.

Ponakovs was on cloud nine following the win, “I’m really pleased to finally get the bracelet. There is for sure some good stuff happening right now in my head. I will realize later [as it sinks in].”

He was boosted by his boisterous rail who made roosters a theme due to the flashy shirt of Ponakov, which the rail copied.

“At first I was really laughing about it, but it really helped in the end,” he said. He also added that the poker world will be seeing a lot more of him soon: “I am getting better and better in life. I am coming for more events.”

Road to the Bracelet

One of the premier hands of Day 1 went the way of Ponakovs as he made a hero call against defending champion Michael Addamo when max pressure was applied to him. He rode that to second in chips where he would begin the day. He would dip down some in the middle part of the day, but would surge to a big chip lead before the money thanks to a few big hands to put himself in position to become the big stack bully.

As the day unfolded, the story became Phil Ivey’s attempt to win his eleventh WSOP bracelet and surprisingly, his first in no-limit hold’em. The poker world tuned in to the Ponakovs vs Ivey heads-up duel, which started with Ponakovs holding a 56%-44% chip lead. But Ivey would take a 2:1 chip lead after picking off a bluff to make it look like the eight-year bracelet drought for Ivey would possibly be coming to an end.

Ivey’s chip advantage was short-lived however as Ponakovs would strike back shortly after with two substantial hands that allowed him to regain the lead. Just a few minutes later, Ponakovs called Ivey on the turn with second pair against Ivey’s open-ended straight, which failed to connect on the river, and just like that, the brief but eventful heads-up battle was over and Ponakovs was the champion. 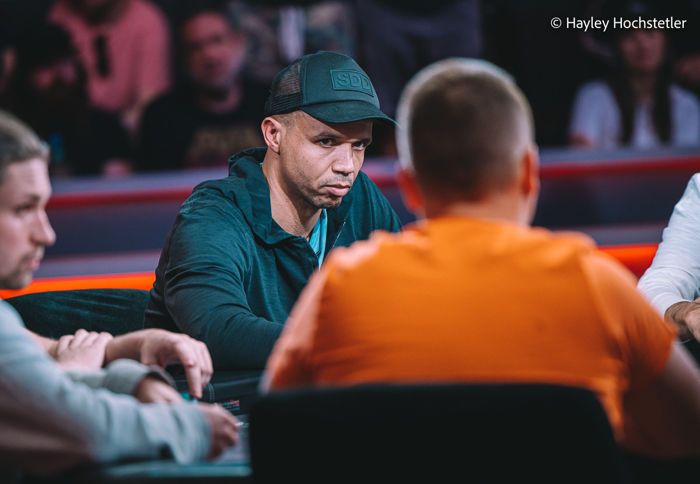 The day began with 23 survivors from Day 1 and eleven late entries added fuel to the fire with max late registration to create the 62-entry total. A few of the last-minute entries hit the rail within a few minutes, including Justin Bonomo and Alex Foxen, who could not get anything going.

From there the eliminations started to build rapidly as the blinds caught up to the short stacks and players were sent away at a steady clip. However, play would slow down substantially on the bubble, which would become a roller coaster affair as it took over 90 minutes to burst the money threshold.

Gregory Jensen dramatically stayed alive with a river queen to keep the bubble going. Seated next to each other, Koray Aldemir and Eric Worre would then get into a micro stacks war as both players were down to a couple of big blinds as Aldemir doubled with a single big blind at one point. Eventually, Aldemir would succumb as the bubble boy and Worre was eliminated shortly after but with $162,623 more in his pocket as he was taken out in tenth place.

Nick Petrangelo was next to go in ninth place after his jacks had been decimated by Jensen’s river queen to bring the field to the official final table and satart-of-day chip leader Masashi Oya was eliminated on the same hand in eighth place after he ran into some rough sledding just before the bubble to knock down his once large stack into a short one.

At this point, the decision was made to adjust the schedule and go ahead and finish the final table as opposed to the previously scheduled return for Day 3. Right after that decision, Mikita Badziakouski was felted in seventh place when Ben Heath found a flush on the river and then Talal Shakerchi followed him out the door shortly before the dinner break when his aces went up in flames to the quad kings of Ponakovs.

The players returned from dinner to the PokerGO streaming table in Bally’s. Michael Moncek was the first to go there as he made a successful parlay from his bracelet win in Event #13: $1,500 Limit Hold’em to a huge payday here.

Hedge fund manager Jensen then exited in fourth place after he was able to ride his bubble survival all the way to the top four.

Heath was felled in third place when he never able to recover after his aces were cracked by Ivey’s flush to bring him from the three-handed chip leader to short stack, where he would soon depart at the hands of Ivey to set up the aforementioned heads-up match.

That wraps it up for the coverage of this thrilling high roller event. Stay tuned for more wire-to-wire 2022 World Series of Poker coverage as PokerNews does not miss a beat this summer. 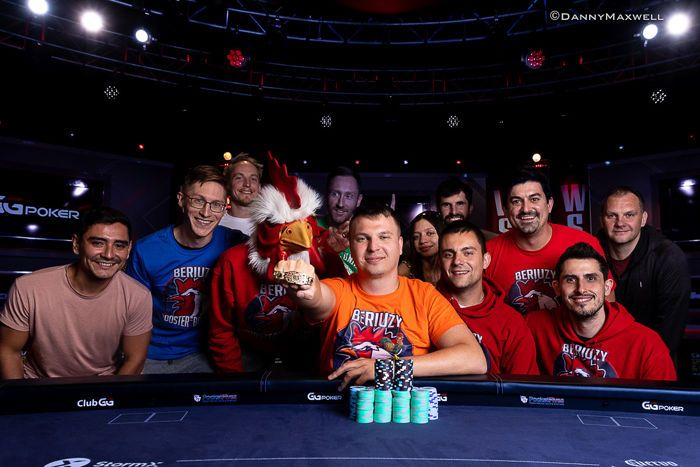 Aleksejs Ponakovs and his rail.