Led by veteran big man Al Horford, the Boston Celtics erased a double-digit deficit and outscored the Milwaukee Bucks 43-28 in the fourth quarter to complete a come-from-behind victory and win Game 4 of the Eastern Conference Semifinals. The Celtics evened the series at 2-2. 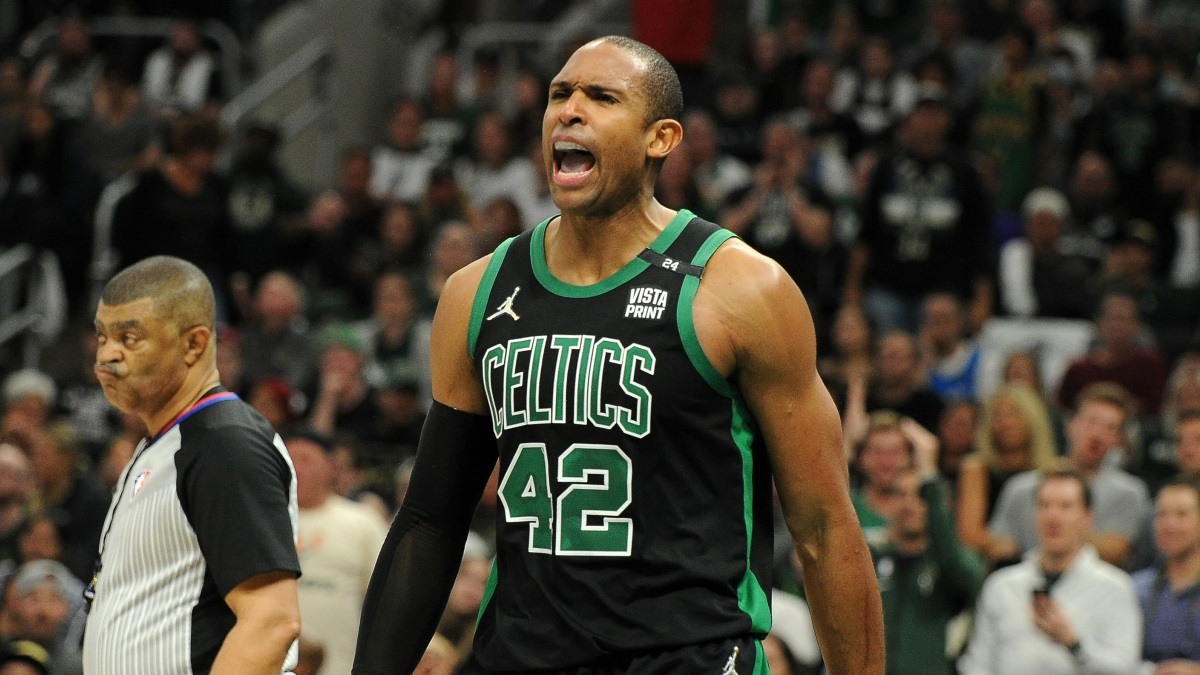 Al Horford scored a career-high 30 points and inspired a fourth-quarter comeback for the Boston Celtics over the Milwaukee Bucks in Game 4 at the Fiserv Center. (Image: Getty)

The Celtics tied a franchise mark with 43 points in the fourth quarter, which they achieved back in 2001.

With home games scheduled for Game 5 and Game 7, the Celtics are back to being the series favorite at -200 odds. The Bucks are +170 odds to knock out the Celtics.

The Celtics opened as -5.5 favorites at home for Game 5 on Wednesday. The split the first two games at home earlier in the series.

The Celtics are +380 odds to win the 2022 NBA championship, or the third-highest team on the futures board at DraftKings.

The defending champion Bucks are +800 odds to win back-to-back titles.

Just when you thought an aging veteran was washed up, the 35-year-old Horford showed the world he still had plenty of gas in the tank and fierce fire in his belly. Horford took exception to Giannis ‘Greek Freak’ Antetokounmpo disrespecting him after a dunk and choice words. Although he didn’t hear what the Greek Freak said, Horford took umbrage anyway.

“I didn’t make out what he said, but the way he looked at me didn’t sit well with me,” said Horford. “That got me going.”

Horford enacted revenge with a slam dunk over the Greek Freak later in the fourth quarter to put an exclamation point on a 10-0 run. That thunderous dunk got the rest of the team fired up, and the Celtics pulled away from the Bucks to win by eight points.

“It’s a big-time play in a big-time moment,” said Marcus Smart. “It’s a physical game. We were on the other end a couple times, so it felt kind of good to have that one.”

“The playoffs are emotional, very intense,” added Horford. “Tonight, things weren’t going our way. Things were hard there in the third (quarter) for a while. Smart kept talking in the huddle and kept telling us to stay with it. Definitely just a lot of emotions at that point. Yeah, that’s what that was.”

Horford led the Celtics with 30 points, including 16 points in the fourth quarter on 6-for-6 shooting including two huge 3-pointers.

“Anytime Al turns back the clock and he looks like his old self, it gets everybody off the bench,” said Jayson Tatum. “Al plays with so much passion. When Al is playing with passion like that, everybody else has to follow.”

The Bucks collapsed in the fourth quarter. They couldn’t get any stops on defense, and they failed to counterattack with buckets. The Celtics connected on 16-for-19 from the floor in the final quarter, including 4-for-5 from 3-point range.

“Down the stretch, they made shots,” Antetokounmpo said. “They executed well. They were disciplined.”

“Al had a hell of a game,” said Jrue Holiday. ” We had some shots we usually make, and we couldn’t finish those. But give them credit. They made more plays.”

Once again, the Bucks were outgunned from the perimeter. They connected on just nine 3-pointers while the Celtics knocked down 14. The Celtics outscored the Bucks by +15 from beyond the arc.

Greek Freak led the Bucks with 34 points and 18 rebounds  in a losing effort, but Horford outplayed him in crunch time. In Game 3, the Greek Freak dominated with 42 points, but the Celtics kept him in check late in the fourth quarter.

There were times in the fourth quarter where the Bucks were definitely missing Khris Middleton, who is out with a sprained MCL. Middleton missed his seventh game consecutive game with the knee injury, and he’s not expected to rejoin the Bucks this series.

For a second game in a row, Grayson Allen earned a start with the Celtics going with a smaller lineup. Allen scored just seven points in 29 minutes. Big man Bobby Portis, who started five games in place of Middleton, scored just four points in 15 minutes.