The Greek Freak and #3 Milwaukee Bucks begin their NBA title defense as huge favorites to win their opening-round series against the #6 Chicago Bulls. 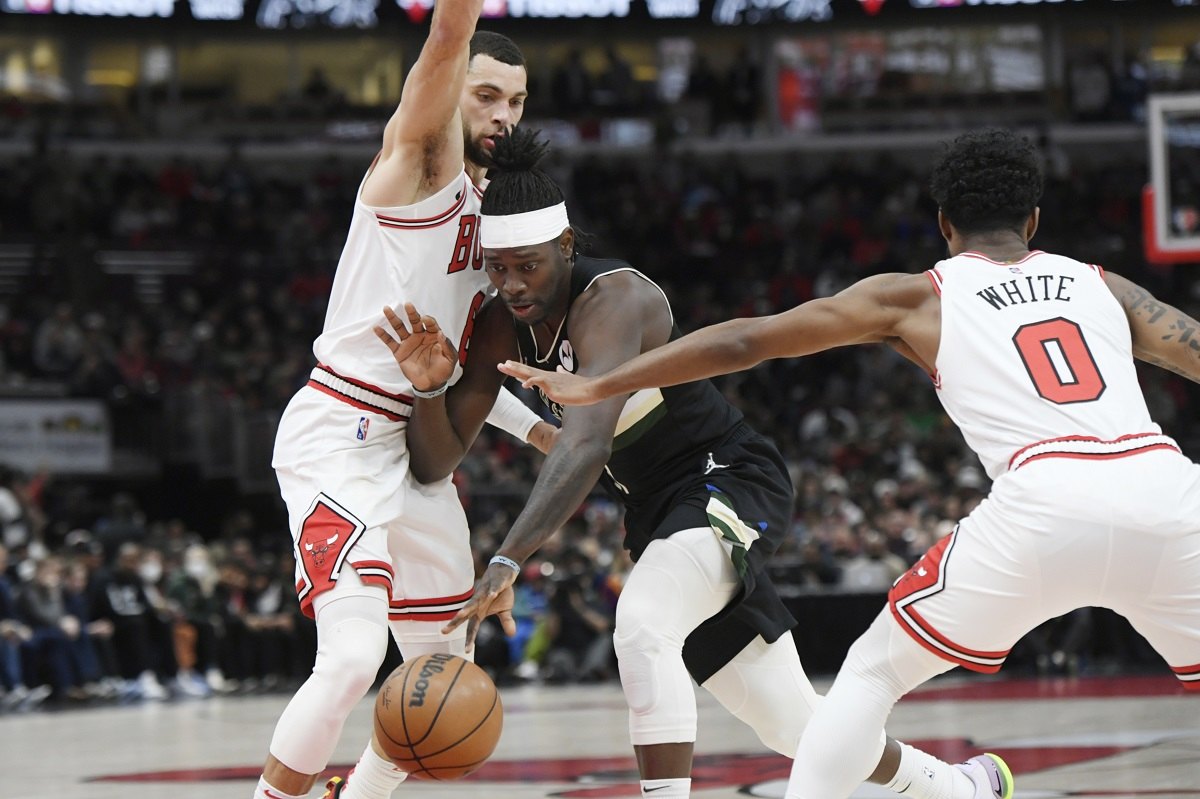 Two Central Division foes square off in the first round of the 2022 NBA Eastern Conference Playoffs, but the Bucks are massive favorites at -1200 odds to win the series, and the Bulls are the second-biggest dog on the board at +700 odds.

The Bulls cannot beat the Bucks with a 1-16 record against the Bucks in their last 17 games.

The Bucks are +500 odds to win the 2022 NBA championship as the second-favorite on the futures board at DraftKings. The Bulls are a long shot at +10000 odds to win their first title since Michael Jordan’s infamous last dance.

The Bucks are the betting favorite to win the Eastern Conference at +250 odds, whereas the Bulls are +5000 odds to advance to the NBA Finals.

After an auspicious start to the season in which they dominated the first half, the Bulls stumbled into the postseason with a 7-15 record in the last quarter of the regular season. The Bulls were not the same team without Lonzo Ball in the lineup. Once he went down with a knee injury, the Bulls lost their rudder and floor general.

The Bulls also struggled against the best teams in the Eastern Conference, with just a 2-21 record against teams like the Bucks, Miami Heat, Boston Celtics, and Philadelphia 76ers.

The Bulls brought in several key players, such as DeMar DeRozan (27.9 ppg), to support Zach LaVine (24.4 ppg) and return to the playoffs for the first time since 2017.

“Zach has always prioritized winning, has always wanted to win,” said head coach Billy Donovan. “It’s always been important to him. So, for me personally, I’m happy for him because you see the work he puts in.”

DeRozan — ranked #5 in scoring this season — played phenomenal in his first season in Chicago, especially when LaVine went down with a knee injury. He even passed Wilt Chamberlain with the most consecutive 35-point games while shooting 50% or better.

“DDR is incredibly good at getting to the free throw line,” admitted Bucks head coach Mike Budenholzer. “We spent time and effort trying to understand all the details and the small things that it takes to defend him without fouling, the mental discipline, the mental toughness.”

It was a tight race for the MVP this season between Nikola Jokic and Joel Embiid, but Giannis Antetokounmpo also had a fantastic season. With 29.9 ppg, he finished second in the scoring race behind Embiid. He was sixth overall in rebounding with 11.6 boards per game, and only Jokic had a better PER rating than Antetokounmpo’s 32.12.

Khris Middleton (20.1 ppg) is still a huge factor in the Bucks’ success. When he shoots well, the Bucks are difficult to beat. Jrue Holiday (18.3 ppg) is the best two-way player in the NBA and he’ll be helping out on LaVine.

Despite the regular-season domination, the Bucks are not going to underestimate the Bulls.

“Playoffs are tricky, man,” added Bobby Portis. “You can’t disrespect anybody, disrespect your opponents just because of what happened in the past. You still have to go out and play basketball and have the proper respect for everyone who’s out there and let the dominoes fall how they fall.”

Keep an eye on backup guard Grayson Allen, especially when the Bucks head down to Chicago. The ex-Duke star — notoriously dirty and hyper-aggro – earned a suspension for a flagrant foul against Chicago’s Alex Caruso in January. Caruso missed a couple of months with a fractured wrist, but he knows a first-round upset would be the best revenge.

Check out more of OG’s coverage of the 2022 NBA Playoffs including quickie previews of every first-round series.