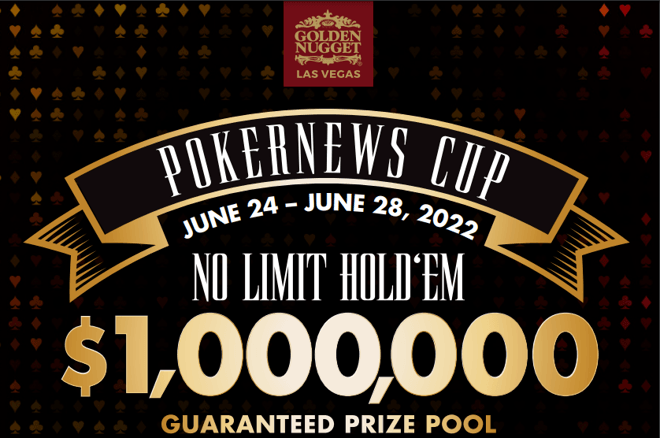 In just one week, the $1 million guaranteed PokerNews Cup at Golden Nugget will begin, and it’s going to be a massive event. Before you head downtown, we’re giving you the 4-1-1 on what to expect from the no-limit hold’em tournament we’re proud to put our brand name behind.

Golden Nugget is currently hosting its annual Grand Poker Series, one of the many alternatives to the 2022 World Series of Poker in Las Vegas. The series features more than $3 million in guarantees over 81 events from May 31-July 3 at the Fremont Street casino.

The buy-in for the no-limit hold’em tournament is $1,100 with at least $1 million guaranteed to be in the prize pool. Players can get into the event cheaper by entering and winning a $200 mega satellite at 11 a.m. on June 23. At least 10 seats into the PokerNews Cup will be awarded in the satellite.

As you may have guessed, the PokerNews crew will be on hand live reporting throughout the entirety of the PokerNews Cup at Golden Nugget. You can follow along with regular hand updates from the tournament from start until the last card is dealt.

Additionally, we’ll provide feature stories and social media coverage for the event. Our goal is to give the players in the tournament as much media attention as possible, much like we do for the WSOP.

About the Host Venue 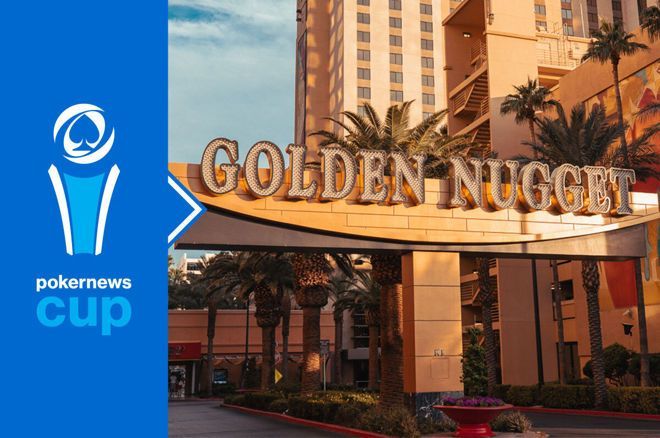 Golden Nugget is one of the most popular and entertaining casino hotels in all of Las Vegas. Many travel experts consider it to be the premiere destination on Fremont Street, an entertainment district in the downtown area.

The resort boasts a spacious casino floor, numerous fine dining and casual restaurants, one of the top pools in Las Vegas, multiple bars, and the only remaining poker room on Fremont Street. For those traveling to Golden Nugget for the PokerNews Cup from the WSOP, it’s about a 10-minute drive.

The PokerNews Cup features a tournament structure that is beneficial to both pros and recreational players. Each player will start with 30,000 chips and play 40-minute blind levels. At the final table, the blind levels will increase to 60 minutes. Reentry is available in each of the three Day 1 starting flights up through Level 12 (1,500/2,500 blinds).

Day 1 will play until 12.5% of the field remains, and all players who advance to Day 2 will be in the money. Day 2 will begin at the lowest finishing level of Day 1. You can view the full tournament structure, and all Grand Poker Series structures, here.

Not the First PokerNews Cup

The 2022 PokerNews Cup is the biggest we’ve ever hosted in terms of buy in and guarantee. But it won’t be the first ever PokerNews Cup.

The first-ever PokerNews Cup took place in 2007 at Australia’s Crown Casino and saw Dory Zayner become the inaugural champion. The following year, Nali Kaselias won the same event while Darren Kramer claimed the title in the 2008 PokerNews Cup South African Poker Open. In 2009, it was Con Tsapkounis winning the third edition of PokerNews Cup Australia while Marc Naalden was victorious in the PokerNews Cup Alpine (Austria).

In 2017, Holger Bansner claimed victory in the PokerNews Cup King’s Casino Rozvadov, and after no event in 2018, the PokerNews Cup returned in 2019 with a stop at Casino Finix in Bulgaria. Panagiotis Panagiotidis emerged victorious in that tournament, which was the last PokerNews Cup to date.