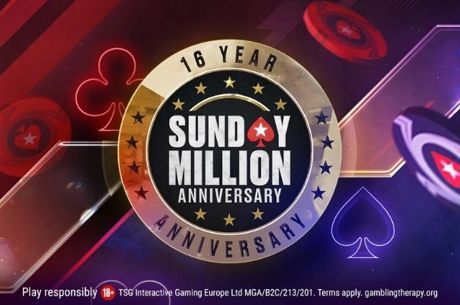 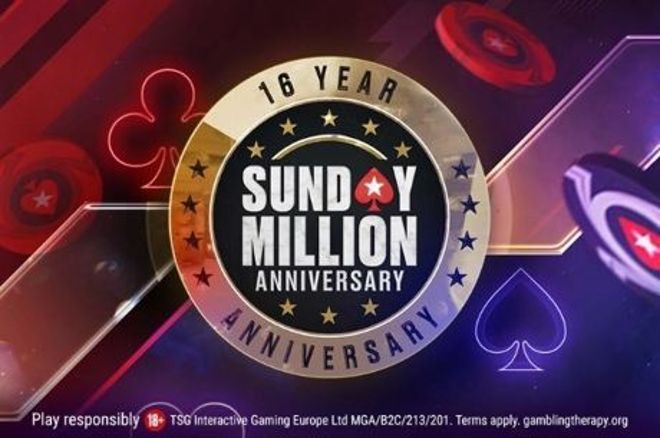 The 16th Anniversary edition of the PokerStars Sunday Million shuffles up and deals at 5:05 p.m. GMT on March 20 and it will be nothing short of massive. PokerStars has slapped a $10 million guarantee on the tournament’s prize pool, which means a first-place prize in excess of one million dollars!

Entry to the Sunday Million 16th Anniversary Edition weighs in at $215 and players are permitted to purchasing up to five re-entries while late registration remains open. You can re-enter right up to the start of Day 2, so it makes perfect sense to arm yourself with several bullets to maximize your chances of helping yourself to a slice of that $10 million+ prize pool.

Of course, not everyone is in the position to fire multiple $215 bullets, which is why PokerStars is going the extra mile regarding satellites into this epic event. The online poker giant is guaranteeing at least 400 seats will be won every day up to the start of the $10 million guaranteed Sunday Million; some 500 are guaranteed on March 20!

The Fast track satellites are potentially the cheapest way into the 16th Anniversary Sunday Million. Progress from any round and you earn a ticket for the next round. You have plenty of flexibility because you can buy into any round that suits your bankroll.

Up To 250 Seats Guaranteed in Mega Satellites

Traditional multi-table tournament satellites are running right now in the PokerStars lobby, but our attention is drawn to an $11 buy-in Mega Satellite at 2:30 p.m. GMT on March 20. Why? Because it has an incredible 250x $215 seats guaranteed! This could quite possibly be your best chance of playing for a slice of the $10 million guaranteed prize pool.

Those of you on a smaller budget may want to try your arm at the direct satellites, which costs as little as $2.20. There are also five $1.10 Mega Satellites running every day, each with at least one $215 seat guaranteed!

Spin & Go Players can win their Sunday Million 16th Anniversary Edition seats from as little as $0.50! Other Sunday Million edition Spin & Go come with buy-ns of $4 and $20, and make it possible to win a huge $1 million cash prize!

Will You Be The Next Sunday Million Anniversary Edition Champion? 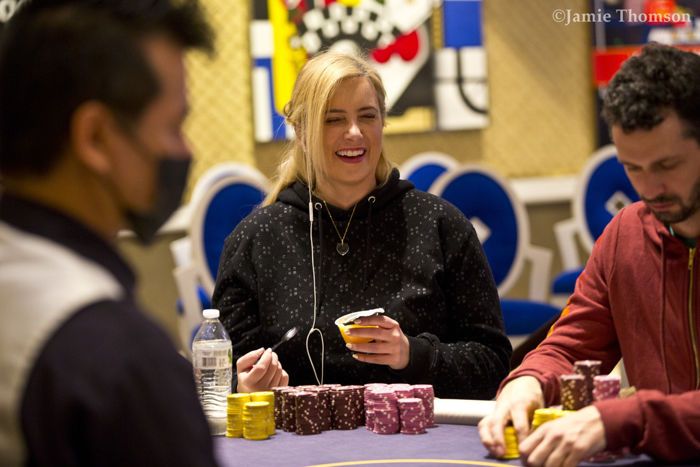 More recently, Vanessa “Niffller” Kade outlasted 69,875 opponents in the 15th Anniversary Edition and walked away with a $1,514,920 payout. Expect a similar prize this time around.

Enjoy the 16th Anniversary Sunday Million With a $600 Bonus